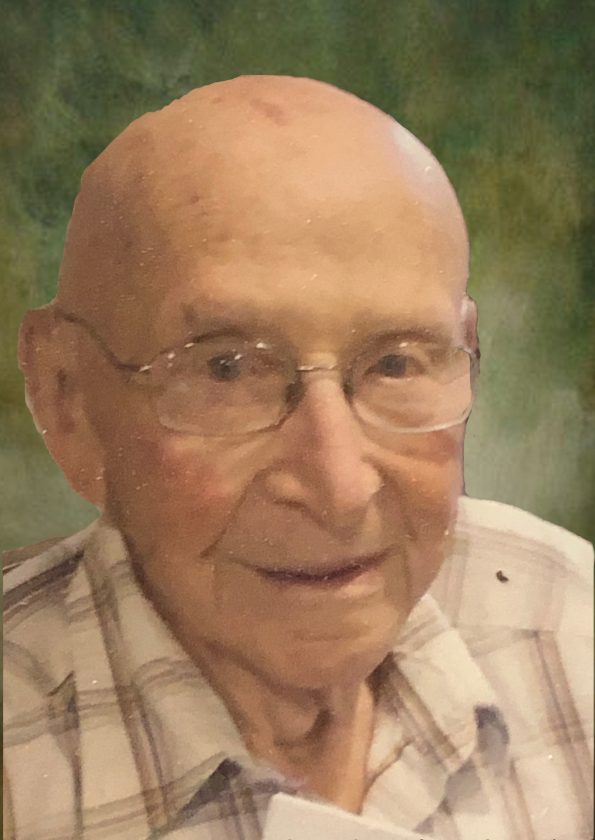 STARBUCK — Services for Arthur Erickson, 99, of Glenwood, formerly of Starbuck, will be at 11 a.m. Monday at Indherred Lutheran Church, rural Starbuck. Visitation will be from 4-6 p.m. Sunday at Starbuck Funeral Home in Starbuck and for one hour prior to the service at the church on Monday. Burial will be in the church cemetery. Starbuck Funeral Home is in charge of the arrangements. To send condolences to the family visit

Arthur James Erickson, son of Arnold and Hannah (Rosten) Erickson, was born Nov. 9, 1919, in Minnewaska Township in Pope County. He was baptized and confirmed by the Rev. G.O. Forde at Indherred Lutheran Church. Art grew up on the family farm and attended Country School District #12. Following his schooling, he continued to work on the farm. At the age of 21, he was drafted by the United States Army, 99th Infantry, serving in the European Theater of World War II from 1941 to 1945. Following his discharge, Art returned to Starbuck, where he began working at the Starbuck Locker Plant under the G.I. Bill. In 1946, he met Helen Shauer at the Lakeside Ballroom in Glenwood. They were married Sept. 12, 1948, at Land’s Lutheran Church in Hoffman. Following their marriage, they moved to Annandale for a short time before returning to Starbuck, where Art took over managing the Starbuck Locker for the next 30 years, retiring in 1983. For the next 17 years, Art worked as a self-employed painter. At the age of 85, Art worked as a janitor at the Minnewaska Lutheran Home in Starbuck. When Helen passed away on Dec. 11, 2000, Art moved to Appleton, where he worked at the Meat Center with his son, Todd. At the age of 94, Art returned to the Starbuck area and later became a resident of the Glenwood Retirement Village, where he continued to live until the time of his death.

He was preceded in death by his wife: Helen; two sons: Michael and Todd Erickson; one grandson: Nolan Erickson; his parents; three brothers: Leonard, Harry and Ellsworth Erickson; two sisters: Ida and Gladys; and several in-laws