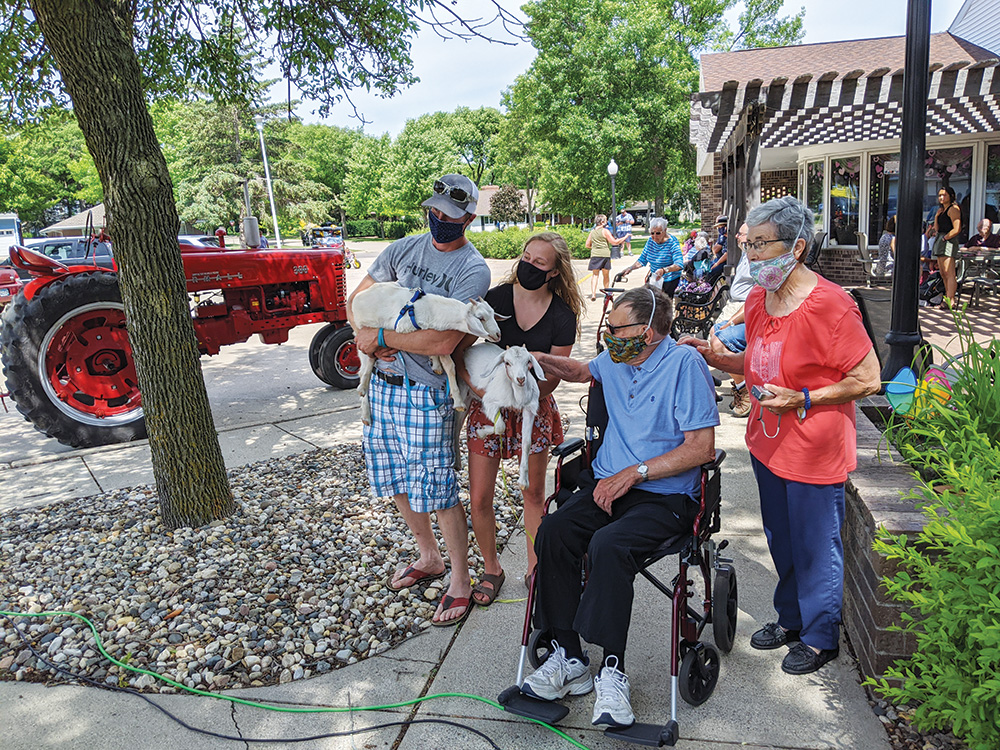 MARSHALL — Leo Prokosch, 5, pedaled his green tricycle up to Lloyd and Helen Welu in front of Hill Street Place. He was pulling a red wagon carrying two chickens in a cage.

“Are your chickens being good?” Helen Welu asked her oldest great-grandchild.

Leo just smiled. He was just having fun participating in a farm parade to celebrate the Welus’ 60th wedding anniversary Sunday morning outside the senior housing congregate living center. Besides Leo’s chickens, the parade consisted of tractors, a cow, goats and a vintage car.

“Very shocked,” Helen said after the parade. “And these two came from Utah. And I didn’t expect that at all.”

Helen was referring to Megan Vogel and Alex Rohlik who brought along the goats.

On Thursday night Helen said her daughter did mentioned something to her about “having a little parade.” But she said she didn’t expect Sunday’s festivities.

“Normally, we would have had a party with a lot of relatives and friends, but you can’t here at Hill Street. So we are doing like an old fashioned farm parade for them.,” Pauline Vogel said before the parade started. “It’s all their children, grandchildren and great-grandchildren.”