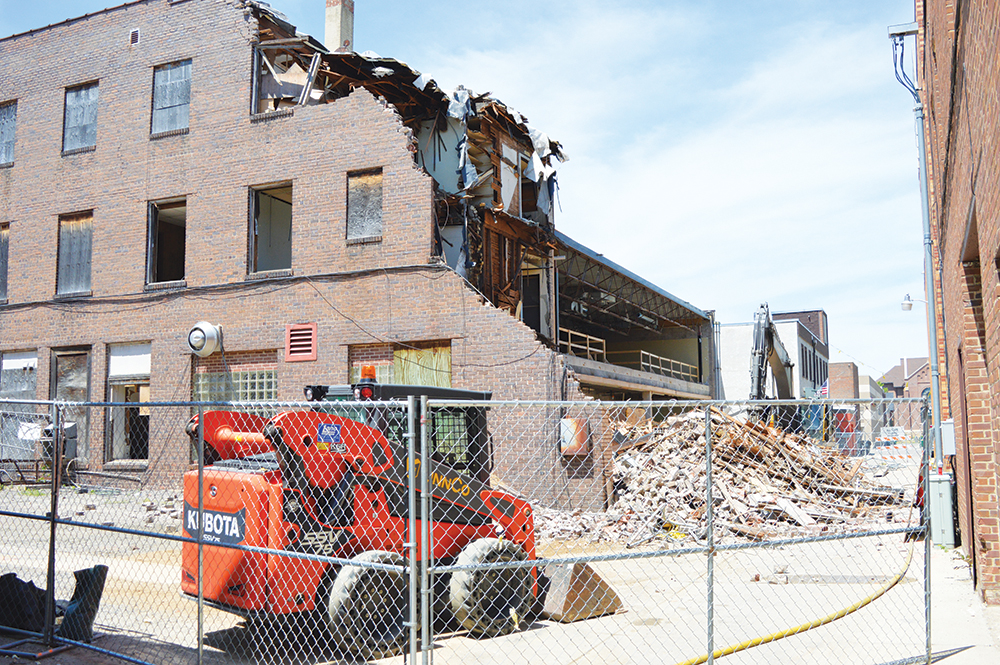 The pile of rubble grew in the alley behind the former Marshall Hotel on Thursday as demolition work continued. For now, the demolition will be done mainly from the alley, where debris can be removed and transported. However, on Thursday workers were also busy in front of the building, removing some historic details like decorative tile from the hotel’s facade. The hotel’s old neon sign has already been taken down and moved to storage at the Marshall city shop.