MnDOT asking for public feedback on Marshall intersections, while a plan to reconstruct Hwy. 19 takes shape 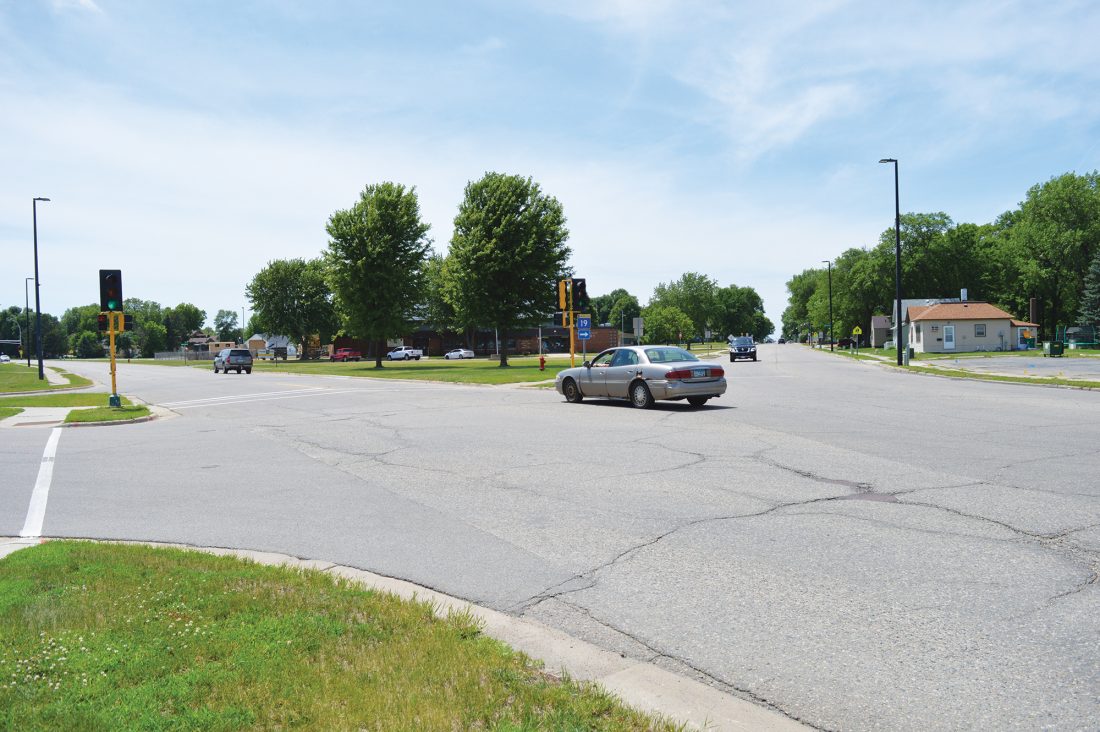 Photo by Deb Gau As MnDOT continues planning the reconstruction of Highway 19 in Marshall, members of the public are being asked for their feedback on several intersections in town, including the “chicken foot” intersection where Highway 19, Country Club Drive and South Second Street all come together. One of the proposed solutions for this intersection is a roundabout, MnDOT said.

MARSHALL — Major reconstruction on Highway 19 in the city of Marshall is still a few years away, but the Minnesota Department of Transportation has reached a new step in the planning.

Before MnDOT can get down to the details of the construction project, they will need to make some decisions about important intersections in town, said project manager Gene East.

“We’re at a point where, as we develop the layout of the project … a core piece of that is the intersections,” East said.

And MnDOT is once again asking members of the public to be part of the planning process. An online survey about the Highway 19 project will be available until July 10. The public can also check out a “virtual open house” on the project.

East said public feedback will help MnDOT make plans for safer intersections at key spots along Highway 19 (College Drive) in the downtown area. Once plans for the intersections are worked out, MnDOT can start looking at things like traffic lanes, he said.

While the actual reconstruction of the highway isn’t planned until 2025, MnDOT started gathering public feedback and information last fall.

“We met with over 500 people in one way or another,” East said. He said MnDOT plans to continue the pattern in this phase of planning. MnDOT staff are meeting with Marshall city officials and members of the local business community in addition to the new survey.

The online survey is a few questions long, and focuses on plans for four key intersections with traffic and safety issues. Participants will have a chance to say what they think of proposed traffic controls at the intersections of Highway 19 and West Marshall Street, Lyon Street, Marvin Schwan Memorial Drive, and the “chicken foot” intersection near the Marshall National Guard Armory.

All four of the intersections have issues that people brought up at listening sessions last fall. Area residents said the three-way intersection of Highway 19, Country Club Drive and South Second Street was confusing. Now, MnDOT is proposing to build a roundabout there.

Other proposals include changing the traffic light at the intersection of Highway 19 (College Drive) and Lyon Street to a two-way stop; and building right-turn-only controls at the Marvin Schwan Drive and West Marshall Street intersections.

People can take the survey at www.surveymonkey.com/r/hwy19marshall.