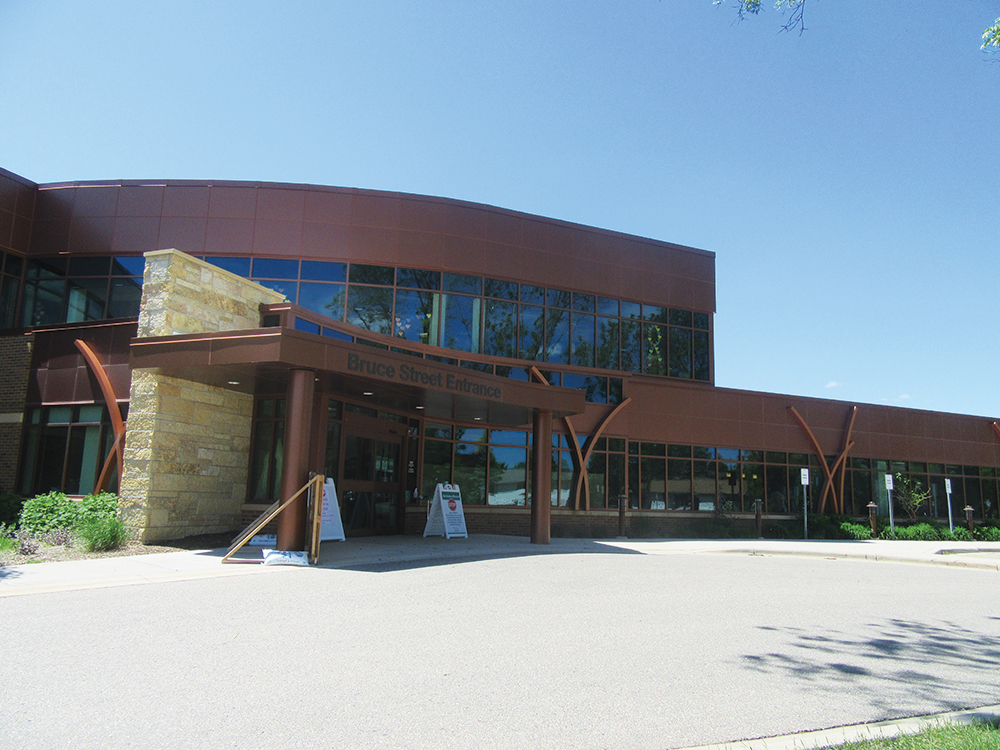 Photo by Deb Gau Now Avera Marshall Regional Medical Center, the hospital campus in Marshall has been enlarged several times. The most recent additions include an expanded Emergency Department, and the addition of a cancer treatment center.

MARSHALL — When the Louis Weiner Memorial Hospital opened its doors on May 25, 1950, it was a milestone in local history. Over the past 70 years, the hospital has gone through building additions, changes in technology, changes in ownership, and name changes. But through it all, it’s kept an important link to the area community.

Some long-time employees at Avera Marshall Regional Medical Center shared their memories with the Independent this week, as the medical center marked its 70th anniversary.

Construction of a new hospital was high on the city of Marshall’s priorities for community planning after the end of World War II. In December 1944, Ben and Julius Weiner offered to donate $150,000 toward the cost of a new hospital in memory of their father Louis Weiner. Voters would go on to approve two different bond issues to build the hospital, and area doctors offered to donate their equipment.

The hospital continued to grow and change almost from the start — its first building expansion was completed in 1960. In 1963, a 44-room nursing home was added. The hospital went through more expansions to become Weiner Memorial Medical Center in 1975, and underwent remodels in 1996.

The hospital changed its name to Avera Marshall Regional Medical Center in 2004, when the city entered a management agreement with the Avera Health system. Avera bought the hospital from the city of Marshall in November 2009. Since then, Avera Marshall has added a cancer treatment center and an expanded clinic area on Bruce Street, and enlarged the Emergency Department.

Some of the changes at the building over the years have been driven by changes in how patients are cared for, said Avera Marshall facilities director Kevin Schroeder. In the 1970s, he said, “It really was kind of driven toward more inpatient care,” he said, while today there are more outpatient procedures. Brenda Stoneberg, an R.N. who has worked in Avera Marshall’s labor and delivery department for over 30 years, said some changes have helped make mothers more comfortable when they deliver babies.

“When I started, they had just ended using delivery rooms,” and switched to smaller and labor and delivery rooms, Stoneberg said. Families have also become more involved in some ways when a new baby is born at the hospital. “Fathers are more involved now, and they stay the whole time,” she said.

Technology has also driven a lot of changes at Avera Marshall. Even things like getting air conditioning in the building were big changes for staff and patients, Schroeder said.

Medical technology has really changed a lot of things for Julie Erickson, lead radiology technologist at Avera Marshall. When Erickson started working at the hospital in the 1980s, “I think we had two X-ray rooms,” she said. X-ray images had to be developed in a darkroom, and a radiologist had to come in and read the films on a light-up view box.

Over the years, the imaging department has grown to include ultrasound, magnetic resonance imaging (MRI), and digital imaging.

“It’s phenomenal, the difference,” Erickson said of newer imaging technology. Technologists are able to produce more detailed images and give results back to doctors and patients more quickly. “The turnaround time is amazing.”

Switching over to computerized medical records has also been a big change for the medical center, staff said. “The computer chart was probably the biggest change,” Stoneberg said.

One thing that hasn’t changed over the time is the connection that Avera Marshall staff have with patients and each other. Stoneberg said it’s been humbling to help at the births of two generations of families in the community.

“The true honor it is to be part of that event in someone’s life, that has never changed,” she said.

“Our team really values a good patient experience,” Stoneberg said. “If you can give them a sense of peace and trust,” it’s important, she said.

“I will have people every once in a while say, ‘You’ve been here a long time,'” Erickson said. But she said she enjoys her work. “I like to think that I’m making a difference in people’s lives.” She also likes being able to learn new things, and to help people feel less nervous about getting an image taken.

Schroeder has worked at the medical center for almost 35 years — but as it turns out, his connection goes back even further than that. Schroeder once gave his parents a tour of the medical enter as it was going through renovations. When he showed them the area where his office was, his mother recognized it as the same part of the hospital where she stayed when Kevin was born.

“I thought she was kidding,” Schroeder said. “But she was saying, ‘Yeah, right over here was where the sun porch was.'” Schroeder said he’s seen old plans of the building, and his mom was right.

“These were all patient rooms, on the whole floor,” he said. “It’s kind of a neat little fact to know.”

Schroeder, Stoneberg and Erickson said being part of Avera Marshall has shaped their lives in a lot of ways.

“It started as a job, but it kind of turned into my identity,” Schroeder said.