City operations will continue during next two weeks, Byrnes says 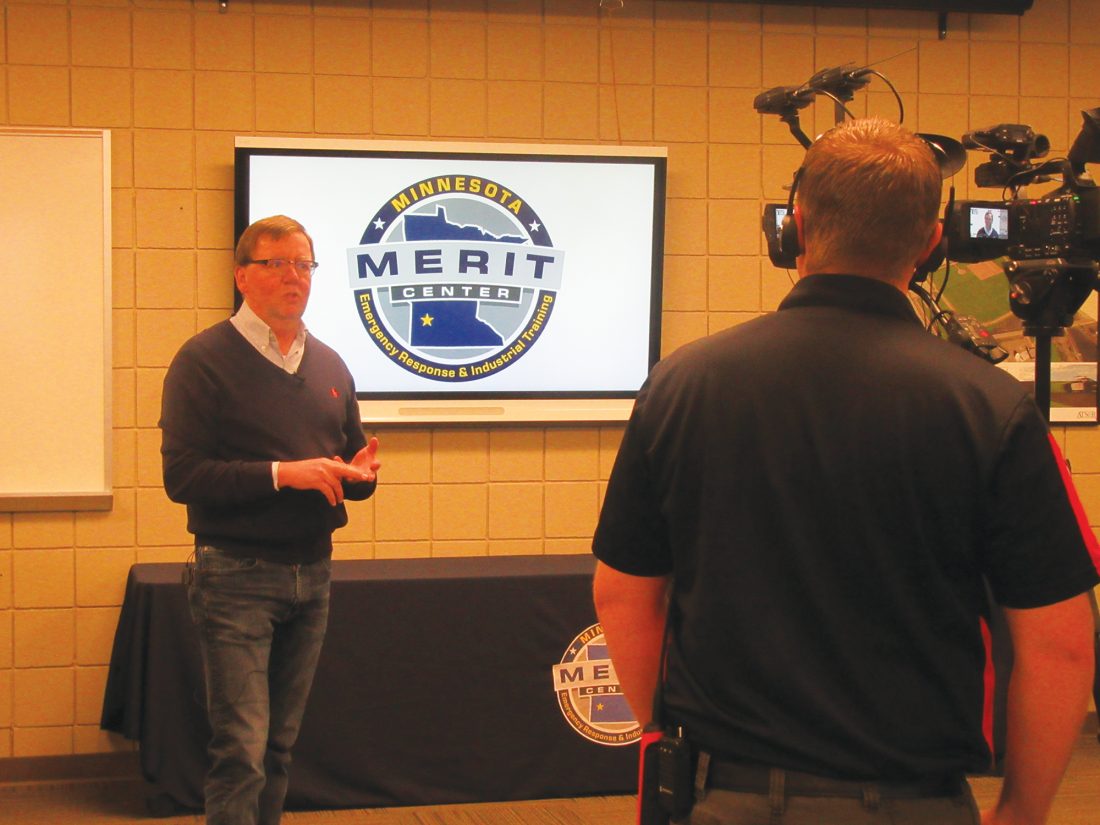 Photo by Deb Gau Marshall Mayor Bob Byrnes recorded a brief address to the community on Wednesday after Gov. Tim Walz issued a stay-at-home order that will take effect at midnight. Byrnes said city services like utilities, law enforcement and the fire department will still be running during the next two weeks.

MARSHALL — When cases of COVID-19 started being reported in Minnesota, the city of Marshall started preparing to keep essential services running through the emergency. And while Gov. Tim Walz issued a “stay at home” order on Wednesday afternoon, the local game plan hasn’t changed, Marshall Mayor Bob Byrnes said.

“We have a plan in place to continue city operations,” Byrnes said Wednesday. In many ways, it’s the same as it was last week, he said: continue essential services like providing utilities and wastewater treatment, and public safety services like law enforcement and fire protection.

On Wednesday, Byrnes recorded a short message about the governor’s executive order which will be broadcast on Studio 1 TV. He said other local emergency responders, including the Marshall Police Department and the Lyon County Sheriff’s Office, were also reviewing the order.

“I think we expected this,” Byrnes said of the order. “This has happened in other states.”

The executive order calls for Minnesotans to stay home unless absolutely necessary for the next two weeks, starting at midnight on Friday.

“The governor was clear in his message,” Byrnes said. While local residents are being told to stay home, “It doesn’t mean you can’t leave the house,” he said. Essential businesses like grocery stores and gas stations will still be open, and people can go outside for exercise, provided they practice social distancing.

“In my view, it’s what people in Marshall have been practicing for the past week,” Byrnes said.

Under Marshall’s response plan, all city workers are being considered essential, and will keep providing needed services, Byrnes said.

If the city has an employee who gets sick, other employees will have the needed cross-training to help keep things running.

Byrnes didn’t think there would need to be strict enforcement of the stay-at-home order in the community. However, he said, “We continue to encourage common-sense monitoring.” Marshall residents should continue to avoid large gatherings and having close contact with other people.

Byrnes said there was also no reason to hoard supplies.

“There has not been a run on the grocery stores,” he said.

Marshall City Administrator Sharon Hanson said the municipal liquor store would still be open, although with increased customer demand, the city may have to consider making changes to cut down on personal interactions between employees and customers.

Hanson said finding ways to support the local business community over the next two weeks will be important for city leaders.

“That’s a challenging area,” Byrnes said. With so many businesses either closed down or feeling the impact of reduced business, it’s a real concern for the city.

“The Legislature is discussing options” to help support Minnesota businesses, Byrnes said. Some possibilities that legislators have been interested in include property tax relief, he said. The state could also explore other kinds of relief like easing regulatory requirements, he said.