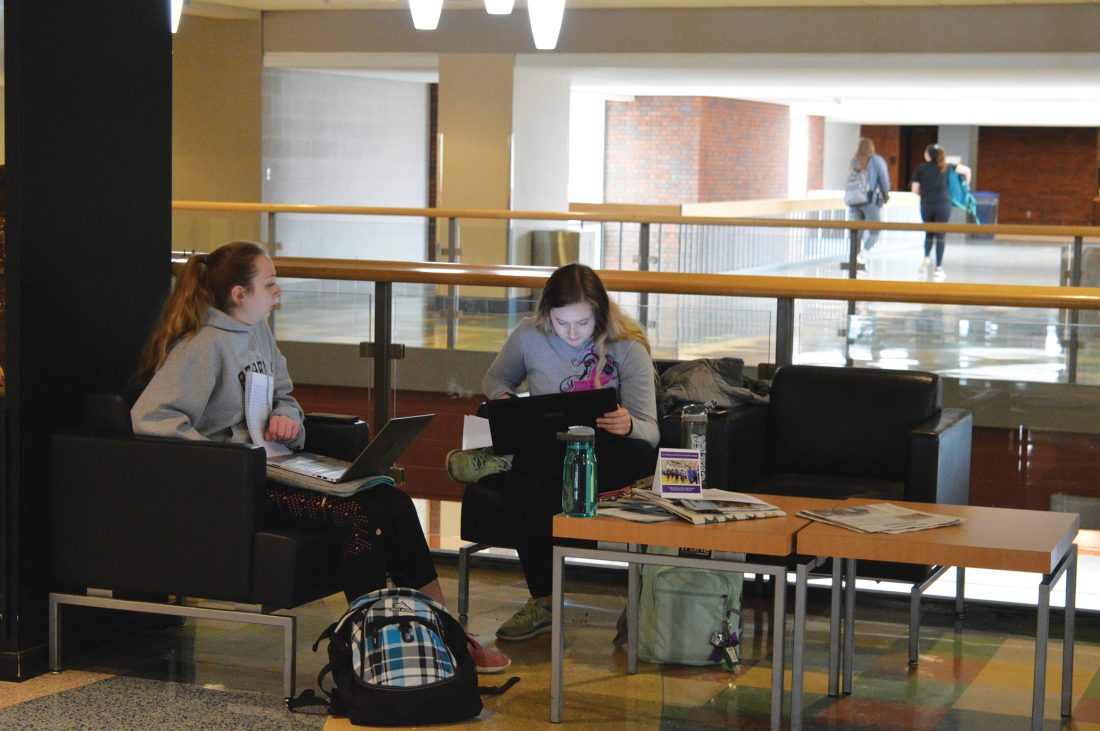 Students at Southwest Minnesota State University study in the Bellows Academic building on campus in a 2019. Enrollment at SMSU has been declining over the past five years, part of the same pattern that colleges and universities have been seeing across Minnesota.

MARSHALL —  Enrollment is down at Southwest Minnesota State University this year, with 90 fewer full-time students enrolled compared to the 2018-2019 school year, university administrators said. By itself, that’s a decrease of 4.8%, but administrators also said enrollment has also been declining for the past few years.

“(Enrollment) has been going down for five years, throughout the system,” Jayasuriya said.

SMSU is working to try and buck the trend by increasing student recruitment and retention efforts, administrators said. The university has set a goal of increasing enrollment by 7% next year.

“We want to set a very high goal for ourselves,” Jayasuriya said.

There are a couple of different ways to measure enrollment at SMSU, said Jayasuriya and SMSU Vice-President for Advancement Bill Mulso. State colleges and universities’ funding is based on full year equivalent (FYE) enrollment, which counts the number of students who enroll full-time at 30 credits per year. FYE is counted in the fall of every academic year.

“The actual picture of enrollment comes 30 days after school starts,” Jayasuriya said. The 30-day wait gives a more accurate count, as some students may transfer or drop out of classes early in the semester, he said.

SMSU’s FYE enrollment has declined 8.8% since 2015, when there were 1,949 students, Jayasuriya said. In comparison, the Minnesota State system’s FYE has declined an average of 8.5% over the past five years, he said.

Another way to count enrollment is by headcount, which includes students who might not be enrolled full-time, who aren’t enrolled for a whole academic year, or who are high school students taking college classes through the Concurrent Enrollment program.

However, Jayasuriya said overall the university’s headcount has grown since the 2015 fiscal year, when the count was at 8,480 students.

“We have a lot of part-time students,” as well as a lot of high school students participating in Concurrent Enrollment classes, he said.

In October, the Minnesota State system of colleges and universities reported that enrollment was down 1.6% across the system.

“Minnesota State continues to experience a dip in enrollment that is consistent with economic and demographic trends that are impacting public higher education throughout the region and across the country,” said Minnesota State Chancellor Devinder Malhotra. Some of the factors affecting college enrollment included smaller numbers of high school graduates, relatively low population growth for people ages 25 to 34, and a low unemployment rate. Many students were going to work after high school, instead of going to college.

Jayasuriya said student demographics also have an impact on SMSU’s enrollment numbers each year. Up until 2016, SMSU had seen several years of large classes of incoming first-year students. Now, that 2016 cohort of students will be graduating this spring. With a big class leaving, it can be hard to have a big increase in enrollment numbers the next fall, he said.

The trend of declining college enrollment has been going on for about 10 years in Minnesota, according to data from the Minnesota Office of Higher Education. Undergraduate enrollment for postsecondary education peaked in fall 2010, with over 309,000 undergraduates enrolled.

After the 2008 recession, many adults were going back to two-year colleges to improve their job skills, the Office of Higher Education said. However, statewide enrollment numbers continued to fall after 2010.

“We have a very healthy carry forward of reserves,” he said. However, he said, “We can’t have a pattern of enrollment going down for a very long time.”

As for the university’s goal of increasing enrollment by 7% next year, “We know it’s heavy lifting,” Jayasuriya said. However, he said SMSU is using a variety of strategies to try and increase enrollment, as well as to increase student retention. Some of those strategies include developing new online programs, “to tap into adult learners,” and building on partnerships with other colleges and universities, as well as high schools in southwest Minnesota.

One new approach to increasing SMSU enrollment will be starting in a pilot program this fall, Mulso said. The Mustang Pathway program will be a free five-week residential program to help give prospective students a chance to get started on their higher education.

“These are students who want to come to us, but might not meet admission requirements,” Jayasuriya said. Completing the Mustang Pathway program would help students prepare for university, and hopefully continue their education at SMSU .

Mulso said the university’s goal is to start the Mustang Pathway program with a cohort of 40 students, and so far 30 are already registered.

MARSHALL — Regional and city of Marshall officials are raising the level of concern over COVID-19 as the number ... 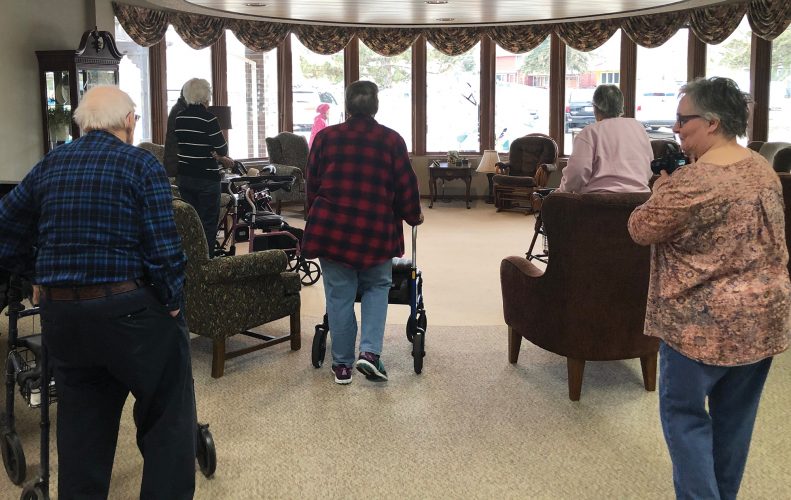 A message of hope