Motorists deal with blizzard conditions, sub-zero temps up next 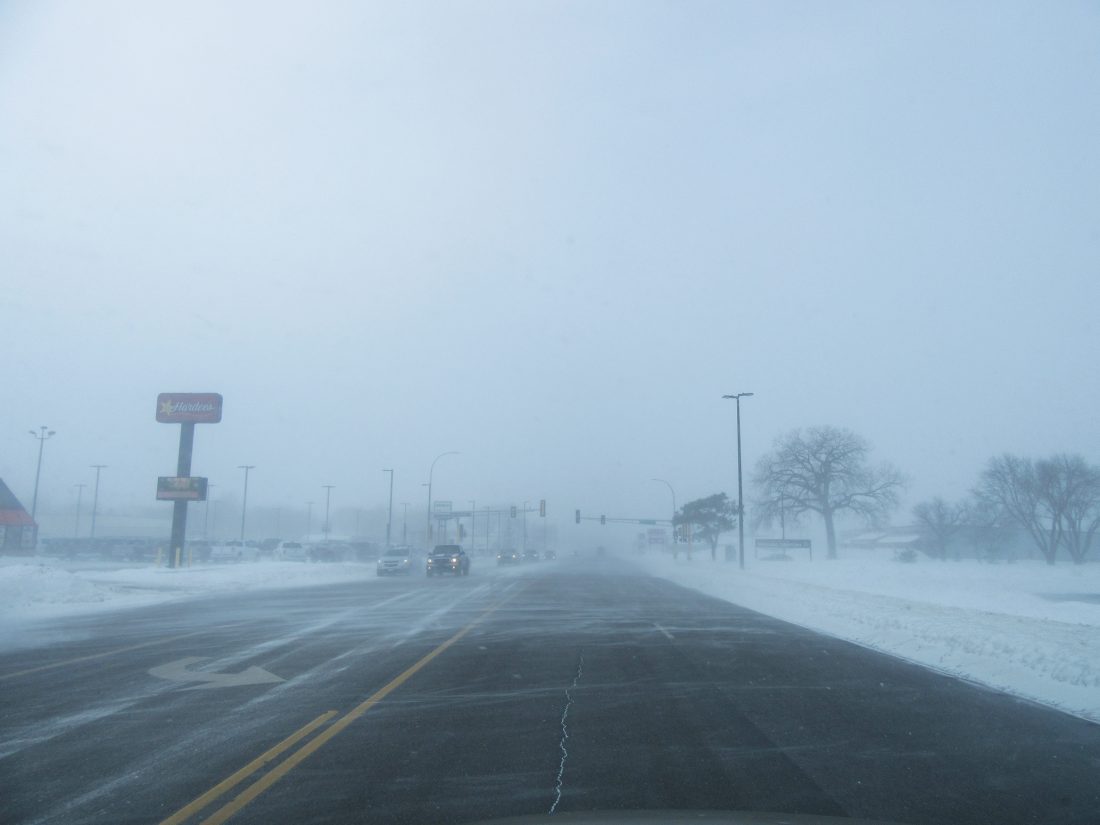 Blowing snow made it hard to see on local roads on Wednesday.

Much of southwest Minnesota was under a blizzard warning, with wind gusts creating whiteout conditions. While the poor visibility made travel difficult, there were relatively few road accidents reported in Marshall and Lyon County on Wednesday.

The Minnesota State Patrol reported three non-injury crashes in the Marshall area, two with vehicle rollovers and one with a vehicle in the ditch. Part of U.S. Highway 14 west of Lake Benton was closed on Wednesday afternoon due to a jackknifed semi trailer.

The Lyon County Sheriff’s Office said deputies assisted the State Patrol in responding to crashes on state highways, but there weren’t crashes being reported on county roads. Non-injury crashes were reported on U.S. Highway 59 near Garvin Park, and on Minnesota Highway 23 near Cottonwood. The Sheriff’s Office also helped two vehicles stuck in the ditch on Minnesota Highway 68.

Within Marshall city limits, the Marshall Police Department responded to one crash at the intersection of College Drive and Main Street.

The possibility of blizzard conditions weren’t the only weather hazard area residents faced Wednesday into Thursday.

Subzero wind chills were expected to continue through the day today, but at temperatures more in the range of 20 degrees below zero.