DFL caucus gets into the spirit of Mardi Gras 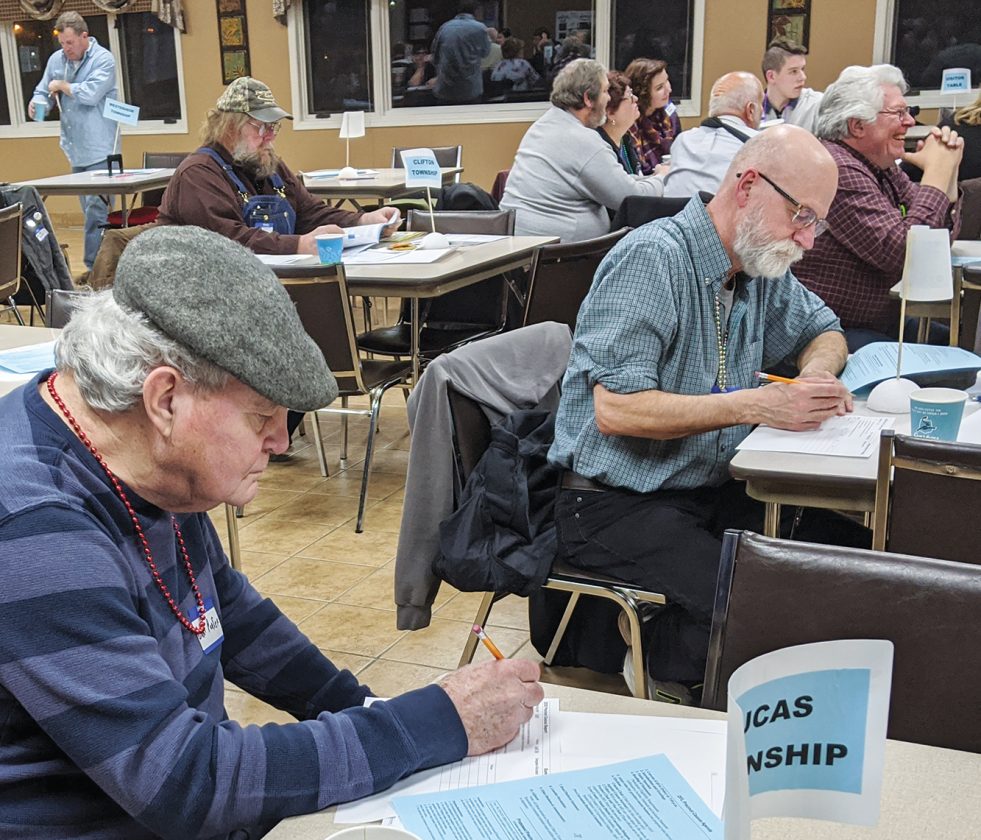 Photo by Mike Lamb Darwin Dyce, amongst others, caucused for the DFL party Tuesday at the Adult Community Center in Marshall.

MARSHALL — It was a festive mood at the Lyon County Democratic-Farmer-Party precinct caucus at the Adult Community Center Tuesday evening.

Fifty-seven people showed up, with most of them wearing the Mardi Gras beads that were passed out as they walked in the building. The participants sat the various tables labeled with the names of the precincts.

After reading out instructions, she introduced three visitors who asked to make campaign speeches. Eula Axe introduced herself as an ambassador for the Amy Klobuchar presidential campaign. Brian-Paco Bertrand talked for the Bernie Sanders campaign. And Doria Drost announced she is running for Minnesota House District 16A.

Both Axe and Bertrand spoke on behalf of their candidates just before the start of the Democratic presidential debate in South Carolina.

“I’m here as a man who works 45 hours every week. I have two jobs, but I don’t have health insurance. To me, Medicare for all — it’s a moral outrage that we don’t have universal coverage in this country,” Bertrand said. He offered that Sanders is leading the charge on the health care issue and is building a movement.

“I think every man and woman and child should be able to go to a doctor without having the fear of bills or going bankrupt. To me it’s a very personal issue,” he said.

Drost introduced herself as someone who grew up on a farm and is a current graduate student at Southwest Minnesota State University.

“I’m an individual that feels that we need honest elected representatives to showcase our district at the statewide level in order for our rural communities to thrive,” she said. “Currently our representative has sat complacent, while our state government has steamrolled the needs of Greater Minnesota so they can mainly focus on those issues that only affect the metropolitan area. Unfortunately, this means many of our rural communities have been left to stand alone and the issues that they face instead of having the support from their state government.

“Right now, we are we’re facing a severe shortage of financing for our infrastructure and our education systems in southwest Minnesota. We’re also facing over-priced health care and housing markets and severely underrepresented agricultural sector which has been the foundation for a Minnesota success for decades.”