‘A fun day’ of twirling

Local baton studio has clinic for area girls on Saturday 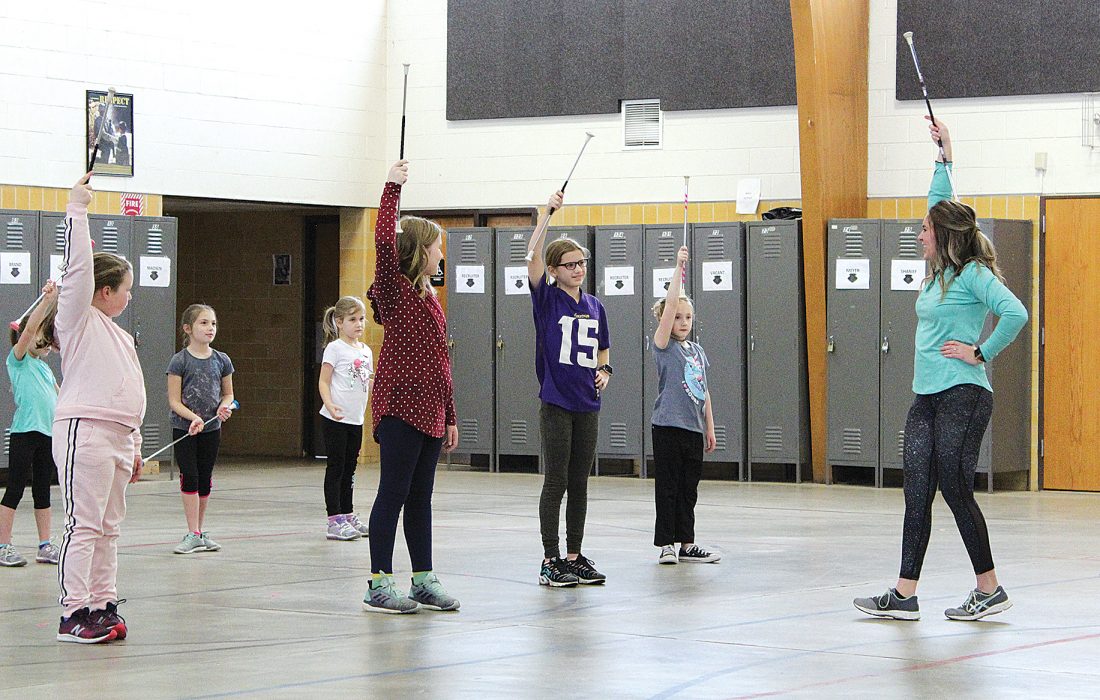 Photo by Sabrina Pankratz Kayleigh Kontz, owner and coach of KayKo Studio, taught a group of girls a baton routine during a twirling clinic Saturday. The clinic also featured pom pom and dance.

MARSHALL — A baton twirling clinic was hosted by KayKo Studio to introduce something new to the Marshall area.

“I’m just excited to share my knowledge with the girls and I just hope they have fun and can take something away from it,” said Kayleigh Kontz, owner of KayKo Studio.

“Kayleigh and I go to the same church, so she’s my daughter’s Sunday school teacher. It’s really good for coordination and shyness, that type of thing,” said Lorene Dibble, Kaleigh Dibble’s mom.

“I started twirling when I was 4. I twirled competitively up until I moved here two years ago. I’ve competed in Switzerland, Belgium, and Italy. I’ve gained so many cool experiences and opportunities from twirling and I just wanted to bring that here to Marshall,” Kontz said.

Kontz recruited her three sisters to help with the clinic on Saturday because of the amount of girls interested.

“My three sisters are here because we all twirled when we were growing up. I don’t like to have 20 girls in class when it’s just me teaching,” Kontz said.

The 18 were split in to two groups by age, and each group performed a routine for parents at the end featuring baton twirling, pom pom and dance.

“It’s main focus is baton, but we do pom pom as well. So it includes dance, and cheer,” Kontz said.

“I liked the batons the most,” said Kathryn Coudron, one of the girls participating in the clinic.

“I wanted to do a clinic, it’s basically for girls and kids to see if they like baton. Then they can continue on with sessions. This is like a one day easy come see if you like it. If you do, great, come sign up for the sessions. If not, no hard feelings, hope you had a fun day,” Kontz said.

Classes are held at the National Guard Armory, on Timmerman Drive in Marshall. You can register online at https://www.kaykostudio.com or go to the Facebook page.