‘You could feel the heat’ 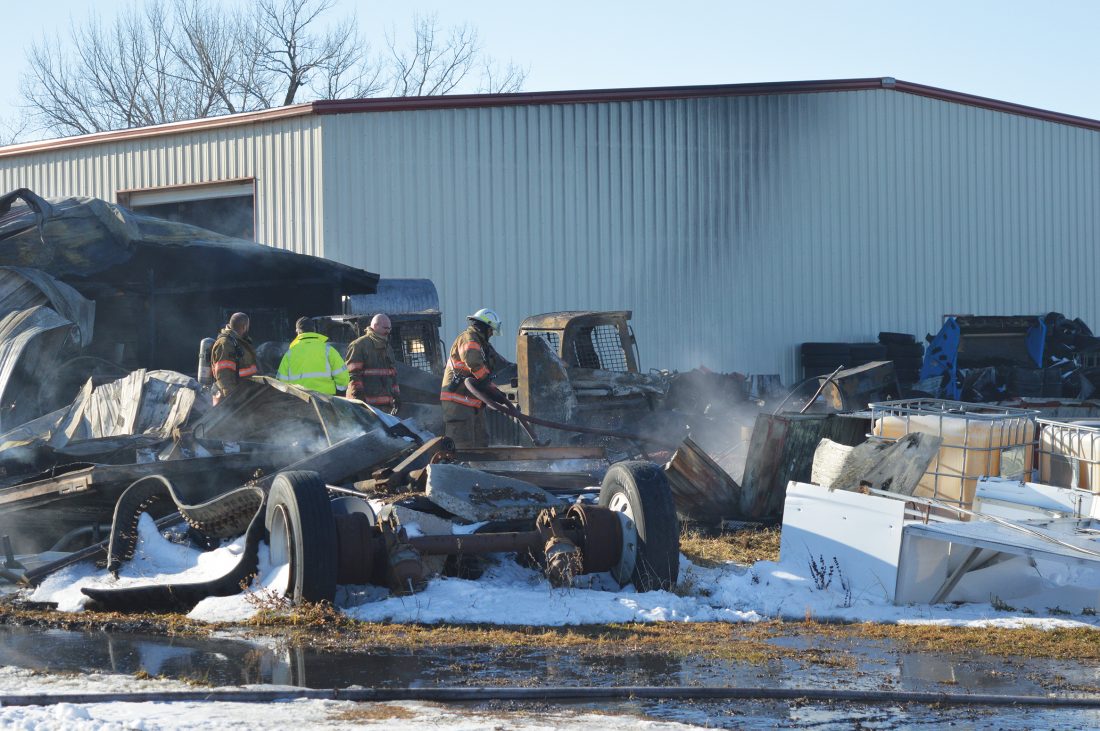 Photo by Deb Gau Members of the Cottonwood Fire Department worked to contain and put out a fire that destroyed a shop building at G&B Wood Chips early Wednesday morning. No injuries were reported in the fire, officials said.

COTTONWOOD — A fire early Wednesday morning destroyed part of a local business in Cottonwood, although fire officials said responders were able to keep the blaze from spreading beyond a shop building.

The fire, at the G&B Wood Chips property on East Fourth Street, was reported at 6:15 a.m., said Cottonwood assistant fire chief Jeremy Dieken. The fire wasn’t in the building where wood chips were produced, but in a separate shop building for trucks and farm equipment, he said.

Firefighters from Cottonwood, Marshall, Hanley Falls and Wood Lake all responded at the scene. While they were unable to save the shop, firefighters worked to keep the fire from spreading.

“It was contained to one building,” Dieken said.

Cottonwood firefighters were at the fire scene throughout the morning Wednesday.

There was no one present at the business at the time of the fire, and no injuries were reported, Dieken said. The cause of the fire is still under investigation. Dieken said more information might be available later in the week. The Minnesota state fire marshal’s office is working with the Cottonwood Fire Department on the investigation.

The shop fire was directly across a gravel access road from the Palmer Bus Service garage. Manager Coreen Allford said employees had to move buses that were parked outside, but otherwise school bus services on Wednesday morning weren’t affected by the fire.

Allford said Palmer employees got food and cases of bottled water for firefighters at the scene.

“You could feel the heat (of the fire) from across the street,” she said.