‘It’s been an amazing ride’ 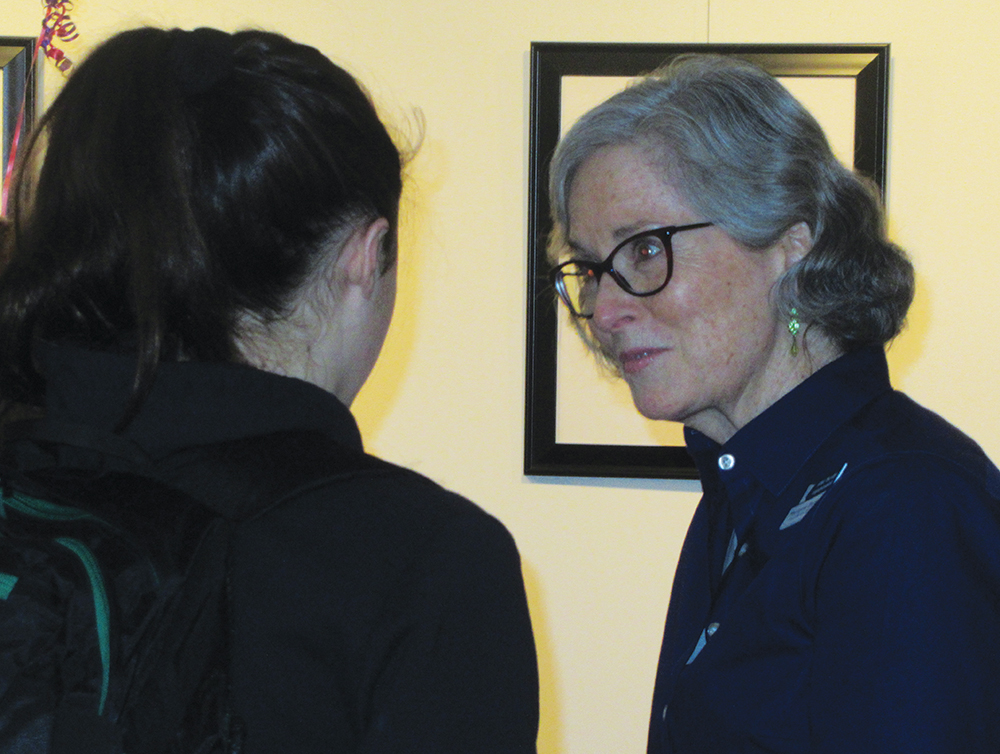 MARSHALL — Larry Gavin drove all the way from Faribault to wish her well, Savannah Boedigheimer gave her a necklace she made and Sean Amegashie stopped by in his campus security uniform.

What they had in common was Marianne Zarzana, an English professor at Southwest Minnesota State University. Her retirement reception was Thursday afternoon at the Whipple Art Gallery. Zarzana, along with her husband, Jim Zarzana, who is a retired SMSU English professor, are moving back to Marianne’s roots in South Bend, Indiana, after 30 years in Marshall.

Boedigheimer and Amegashie are students of Marianne Zarzana’s and enjoyed her as a teacher.

“She’s an amazing professor,” said Boedigheimer, a Marshall High School senior who is in her second year of the Postsecondary Enrollment Options program. Boedigheimer had Zarzana for academic writing.

Amegashie, a senior environmental science major, took Zarzana’s creative writing class. He hopes to be able to “bridge the gap between scientific writing and writing so people can understand it.”

Zarzana has been a professor at SMSU since 2004; in addition to being an instructor she is known for writing essays and poems. She received her bachelor’s of arts degree in English from the University of Notre Dame and her master’s in creative writing from Minnesota State University Mankato.

Her first job at Southwest was as an assistant tennis coach to Hugh Curtler for the women’s tennis team that finished at the national level.

“I loved working on the tennis team,” said Zarzana, adding that she considers herself a “Mustang 4 Life.” Zarzana had been on the tennis team at Notre Dame — the first women’s team after the college went co-ed in 1972.

Faribault poet and teacher Larry Gavin is a 1985 SMSU grad and knows Zarzana through a mutual love of writing. He has attended the writers’ festivals through the years in which nationally-known writers give readings and presentations. The most recent three-day writers’ festival was in 2015, which was headed up by Marianne Zarzana. Reflecting back on the conference, Zarzana said planning and carrying out the conference with a team was “fun, exhilarating and exhausting.”

Gavin says he has “enjoyed her writing and advice.”

He attended a week-long retreat at Rainy Lake’s Mallard Island in northern Minnesota that she had attended as well.

“She’s been very kind and gracious to me and my family,” he said.