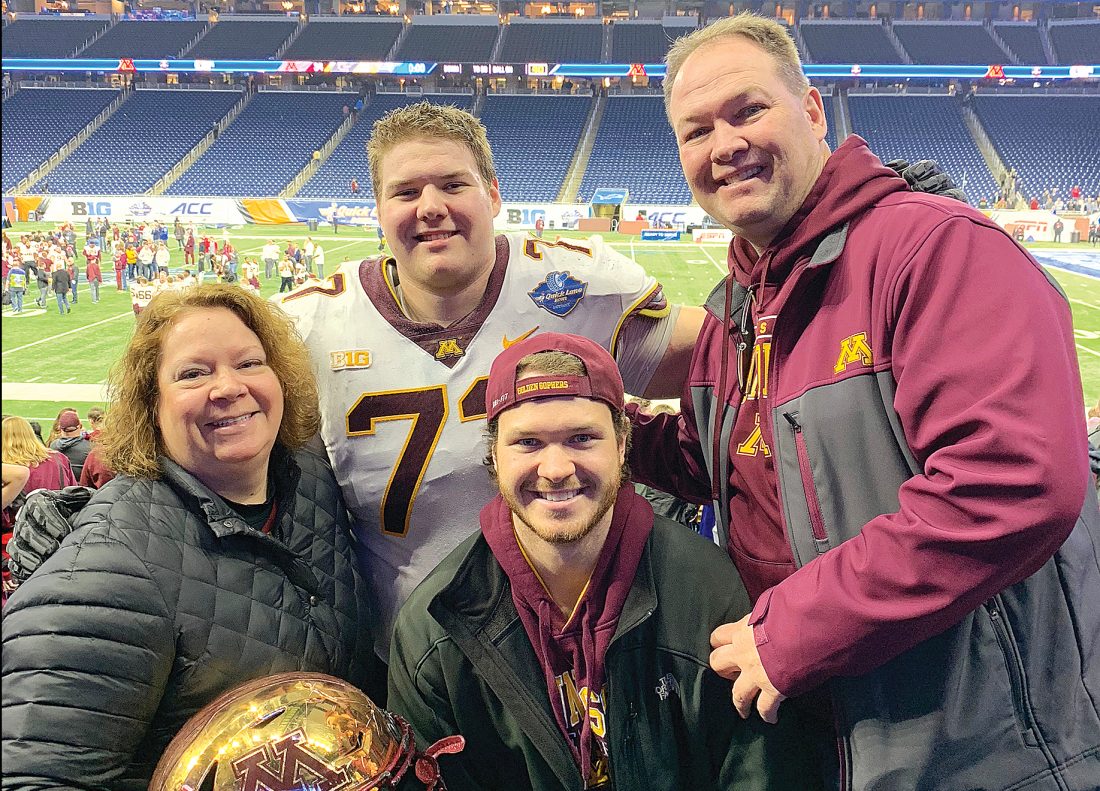 Submitted photo Pictured is Blaise Andries along with his mother, Helen, father, Joe and brother Brent at the Quick Lane Bowl from last December.

MARSHALL — The weekend for many families is typically spent at home or out enjoying an activity. For the Andries family, during the months of August through November, Saturdays consist of one common thing: college football.

For the past couple of seasons, the Andries family can be seen cheering on their son Blaise, a redshirt sophomore offensive guard who has helped guide the University of Minnesota to a 10-2 season.

This year, Blaise’s father, Joe, has been to every game while his wife Helen has been to all but one. They’ve seen the Gophers win extremely tight ballgames as well as roll past opponents in a blowout, all while achieving a historic mark that hasn’t been accomplished since 2003.

Just as the support of the Gophers from fans around the state has continued to grow throughout the past couple of seasons, so has the following from the Marshall community. Ever since Blaise announced his commitment to P.J. Fleck’s program in the spring of 2016, several eyes around the area have been glued to televisions or made the trek to Minneapolis to witness Blaise in action.

Joe said while it can be a little overwhelming at moments, he added they’re very appreciative of the support from the community.

“At times, it’s a little overwhelming. We’ll go to church or get a drink at a local establishment and people will come up and talk to us about the season,” Joe said. “But they’ve been very warm to recognize Blaise and the fact that he’s from Marshall. At Fuzzy’s, they have Blaise, Reece (Winkelman) and Trey’s (Lance) jerseys up, so that’s pretty cool to see support like that.”

Over the course of a season, the constant juggling of academics and athletics, especially at the Division I level, can be taxing on a student-athlete. Joe said they try to help Blaise as much as they can with their support and let the Gophers handle the rest.

“We’re just very proud of him and try to give him as much support as we can,” Joe said. “It’s a big time commitment for him, especially from a mental aspect, so we’ll help him out with things like groceries or just touching base with him. The football part, P.J. and the coaching staff do a great job of getting him ready.”

But the support comes from way more than just the immediate family. Blaise’s uncle, Tom Andries, and his family have season tickets and have been to every home game, while Tom has joined in on the roadtrip fun for a few games. He said for home games, they usually tailgate and do things like watch the team come in off the bus in a ritual known as the Ski-U-Mah march as well as spend time with the other family members before and after the game.

“My son Lance has season tickets, and we usually tailgate. We walk around the stadium and spend time with his family and then try to be there when the team gets off the bus to head into the stadium,” he said. “Then after the game, we wait for Blaise to get out of the locker room and then spend some time with him.”

Tom added the family aspect is an extremely strong bond for them, including Blaise and his grandmother, who texts him before every game.

“It’s a family thing, that’s one reason. My mother has been to several games and the family aspect is pretty important. Blaise’s grandmother texts him before every game and he’s really close with her and the whole family,” Tom said. “Also, not everybody can say their nephew plays for the Gophers, so that makes the whole family feel good. We’re proud of him not just on the field but off of it, too. He’s an excellent student, so we’re proud of him for that.”

At Saturday’s game against the University of Wisconsin, in amongst the sea of 53,756 Gopher and Badger fans was roughly 20 members of the Andries family loudly cheering on No. 77. Although the Gophers ultimately fell to the Badgers 38-17, Joe said it’s been extremely fun to watch his son and the team go through their journey thus far.

“It’s been a fun journey and we’ll see how far it goes, we just have to wait and see,” Joe said. “It’s been a history-making season and a lot of fun to be a part of.” 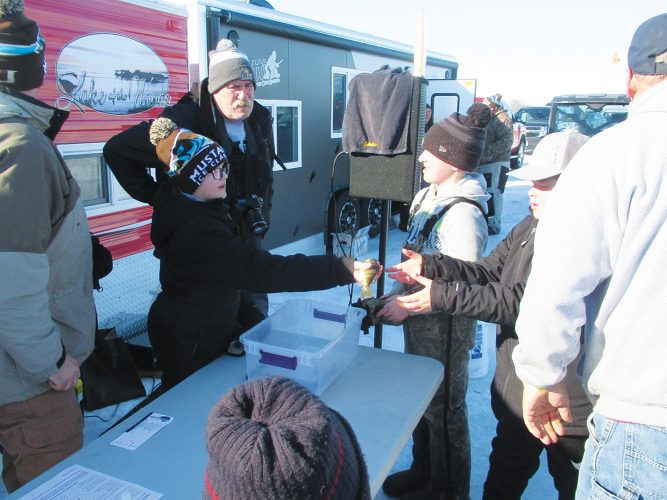