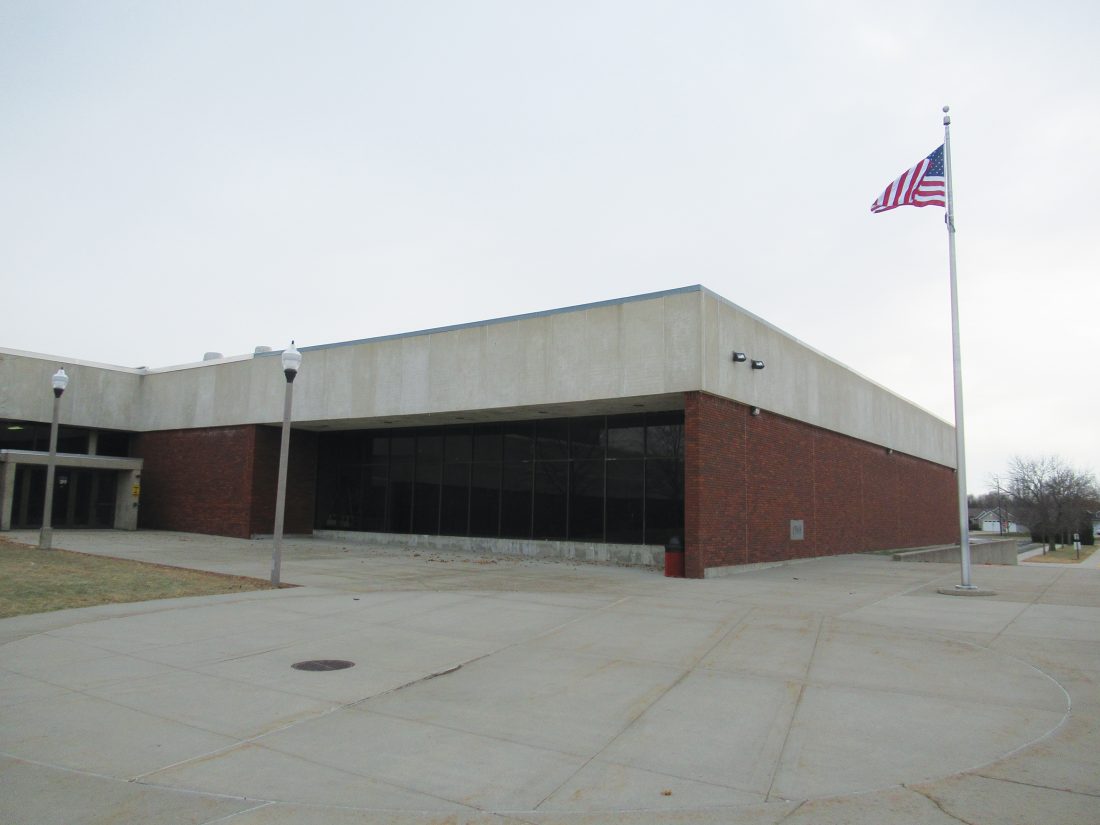 Photo by Deb Gau Members of the Marshall School Board voted Monday to include the roof over the pool area at Marshall Middle School to an ongoing roofing project at the middle school and Park Side Elementary.

MARSHALL — A roofing project at Marshall Middle School will be bigger than originally planned. Members of the Marshall School Board voted Monday night to add the middle school swimming pool area to roof replacement being done at the middle school and Park Side Elementary.

The move will help make the most of bid pricing the school district received for the project, and do needed roof maintenance ahead of schedule, district staff said.

In February, the school board approved a combined bid of $1.549 million to do partial re-roofing at the middle school and Park Side. The roof work was scheduled to be completed over the summer of 2019 and 2020.

The portion of the middle school roof that would be replaced didn’t originally include the roof over the pool area. It was scheduled for replacement a couple years out, said Dion Caron, business services manager at MPS. However, adding it to the project would make good use of both bid pricing and resources since the roof contractors would already be at the middle school, he said.

“We talked to the company doing the middle school and Park Side already,” Caron said.

The pool area at the middle school is not currently being used by the school district. However, regular maintenance like the roof repairs is still necessary to keep the building in good shape. Caron said the school district eventually hopes to do something with that part of the school building.

“We’re not sure how far down the road,” Caron said. However, he said it’s not in the district’s plan to tear the structure down. “It’s a good space.”

One part of the failed 2017 Marshall school referendum was a proposal to convert the unused pool area into multipurpose space.

At Monday’s meeting, school board members voted unanimously to add the pool roof section to the current roofing project, and to adjust the long-term facilities maintenance budget to use an additional $111,472 for the project.

The roofing project would be completed in the summer of 2020.