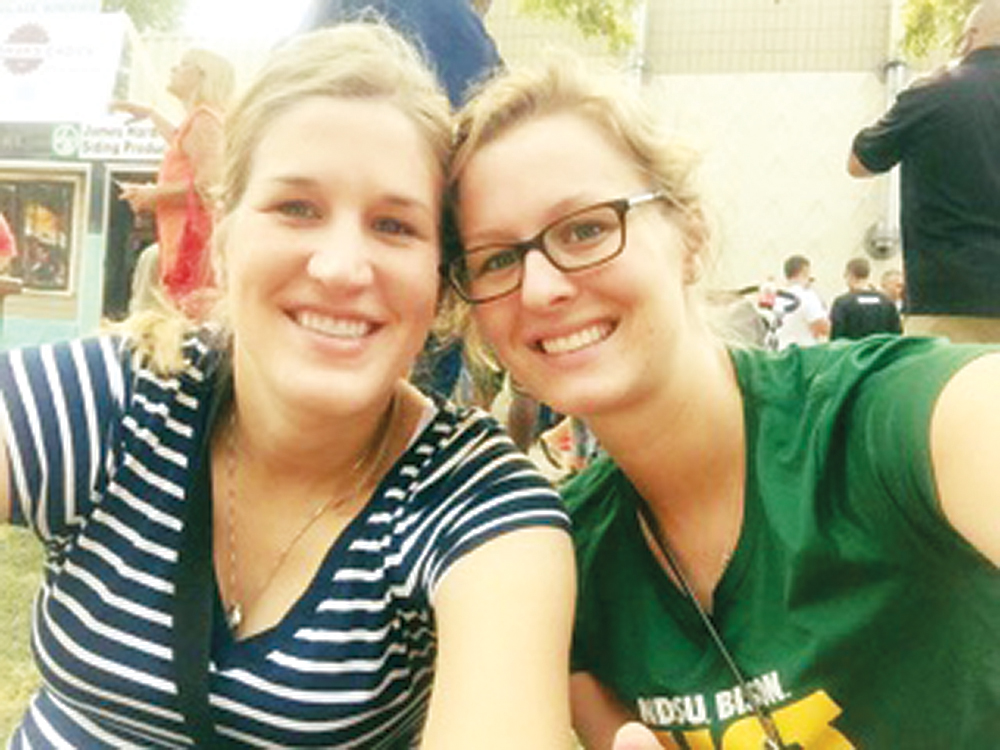 Submitted photo Sisters Anna Gregoire and Amy Full both grew up in Marshall, and both went on to pursue careers in health care. By next fall, the siblings will both be back in Marshall — Amy as a dentist and Anna as a dermatologist at Avera Marshall.

MARSHALL — Over the years, sisters Anna Gregoire and Amy Full have stayed close. They shared a bedroom as kids, and they both played volleyball with the Marshall Tigers in high school. As adults, they even lived together for a year, while Amy went to dental school and Anna attended medical school.

The fact that both sisters pursued careers in health care is something that’s bringing them close together once again. By next fall, both women will be back in their hometown — Full as a dentist, and Gregoire as a dermatologist at Avera Marshall.

“I always knew I wanted to come back to Marshall,” Gregoire said. Besides having roots in the area, Gregoire and Full say they want to give back to their community.

Full started work as a dentist at the Johnson Family Dental Care office in May. Gregoire will be providing dermatology services at Avera Marshall starting next fall, after she completes her residency.

Gregoire and Full said they each had different paths toward deciding they wanted to work in medicine. Full had a pretty clear picture of wanting to become a dentist.

“I’ve always loved going to the dentist, and I always wanted to help people,” she said. When she was in seventh grade, Full broke a tooth during basketball practice, and her dentist, Dr. Jeff Thomas, helped fix it. She said that experience also showed her how she might be able to help people as a dentist.

Now that she’s back in Marshall, Full said she’s had plenty of work. There’s a definite need for dentists in rural areas, especially as more existing dentists retire, Full said.

“I’m tired each night, but it’s a good tired,” she said. “I very much enjoy being busy, and seeing a lot of people that I know, or that my family knows.”

Gregoire said her path toward becoming a doctor was a little different.

“I started my freshman year at the University of Minnesota convinced I was going to go into education,” Gregoire said. But her experiences as a volunteer in a pediatric oncology unit helped her decide she wanted to go into medicine.

Choosing to further specialize in dermatology was another way to make a difference in people’s lives, she said.

“People don’t realize how much the skin affects patients’ quality of life,” Gregoire said. Having a rash or skin condition can be hard because it’s visible to people, she said.

Besides being able to help make a difference, Gregoire said, “I also love the variety that goes along with dermatology.” She gets the chance to work with patients ranging from children to elderly people, as well as doing a wide variety of procedures — for example, dermatologists sometimes do surgeries, she said.

Gregoire is currently a medical resident in Marshfield, Wisconsin. Although Marshfield is a smaller community — Gregoire estimated the city has a population of around 18,000 — she said the hospital there takes in patients from a wide area, from central Wisconsin to the Upper Peninsula of Michigan.

“It’s exciting and scary at the same time,” Gregoire said of coming back to Marshall. Besides finishing her residency, there’s still a lot of planning work to do to get everything ready for the move.

There are fun parts about having your sibling working in a different branch of medicine, Full and Gregoire said.

“I think it’s actually wonderful,” Gregoire said. Their two specialties have some overlap, she said — there are some skin conditions that can affect the mouth. It’s good to be able to ask each other questions, the sisters said.

It will be fun to both be back in Marshall, Gregoire and Full said.

“Family is important to the both of us,” Full said.

Gregoire’s husband is also from Marshall, so she said it will be good for everyone to be closer to family.

Full and Gregoire said coming back home also means getting to connect with members of the community that’s supported them through their lives.

“It’s kind of our way of giving back,” Gregoire said. “I’m excited, as this is my opportunity to say ‘thank you.'”