MARSHALL — A trial for a Lincoln County commissioner charged with drug possession will be held in January instead of this week. Court papers filed Friday afternoon said prosecutors still haven’t received a report on physical evidence that would be used at the trial.

Commissioner Richard Hamer appeared in court in Marshall for a pre-trial hearing on Tuesday. In March, Hamer was charged in Lincoln County District Court with possession of methamphetamine, possession of a synthetic cannabinoid, and possession of drug paraphernalia. A criminal complaint alleged that law enforcement found meth and a substance believed to be synthetic marijuana in a Hendricks shop building owned by Hamer and his wife. Hamer pleaded not guilty to the charges.

A trial in Hamer’s case had been set for Nov. 13. However, this week Lyon County Attorney Rick Maes requested a continuance from a District Court judge. Maes said he had not received an analysis of the alleged drugs from the Minnesota Bureau of Criminal Apprehension.

District Court Judge Michelle Dietrich set a deadline of noon Friday for the BCA to submit the report, before she would grant the continuance. However, court documents filed by Maes on Friday afternoon said the report still hadn’t arrived.

Online court records said Hamer’s trial has been rescheduled for Jan. 3. A hearing was also scheduled before the trial on Dec. 17.

TYLER — A community COVID-19 testing event will be held at Avera Tyler on Wednesday in response to a surge in ... 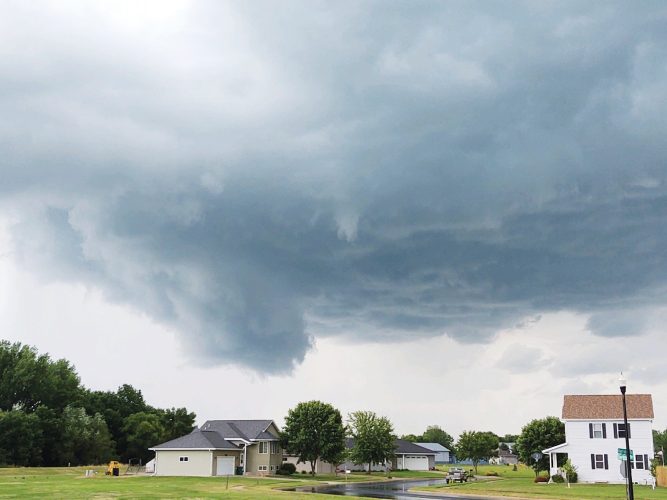 MARSHALL — The COVID-19 pandemic has had a far-reaching impact on Minnesota businesses, according to data ...

Hair cuts. Massages. Tattoos. Pedicures. Manicures. These were just some of the luxuries lost as businesses faced ...

MINNEAPOLIS — Legislative leaders have agreed on most details of a public construction package and tax bill, the ...