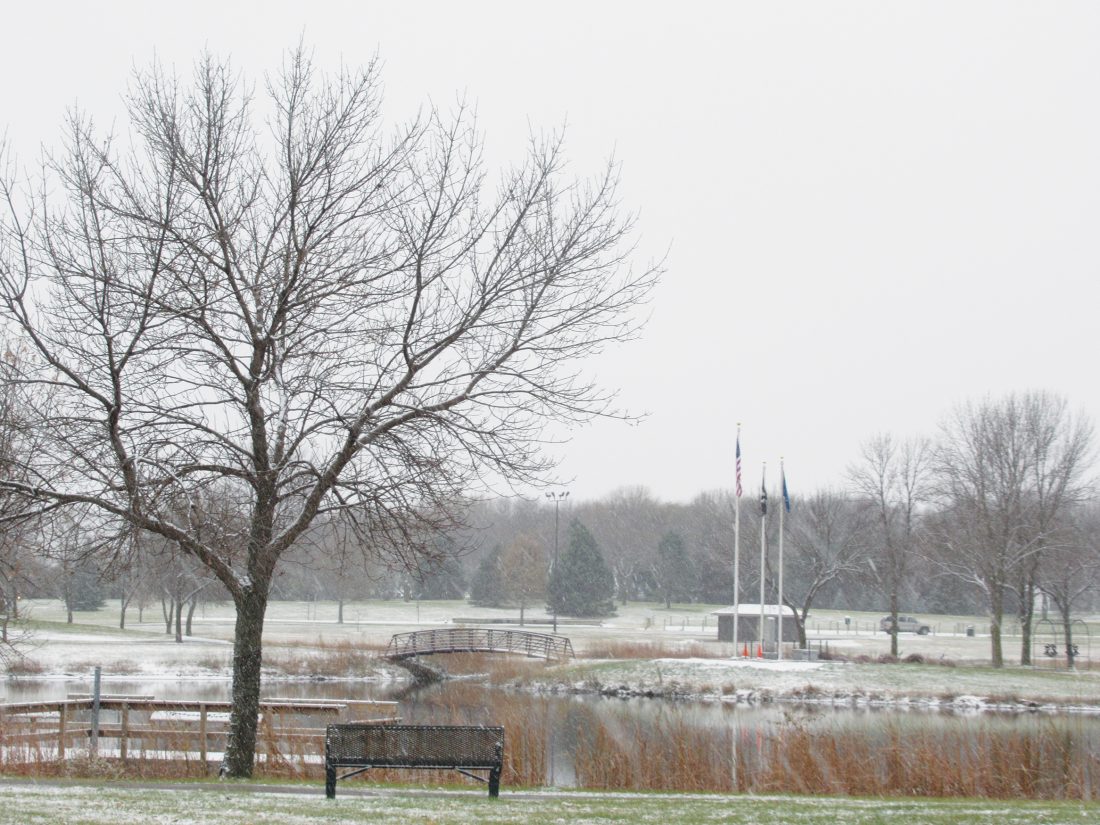 Photo by Karin Elton This wintry scene at Independence Park is the result of snow falling late afternoon Tuesday. The National Weather Service issued a winter weather advisory for southwest Minnesota that will last through this morning.

SIOUX FALLS, S.D. — It’s official when the National Weather Service issues a winter weather advisory — be careful on the roads.

“It’s a little more snow than what we forecasted yesterday,” Brad Adams with the National Weather Service said at mid-afternoon Tuesday. By that time the snow was falling hard enough to cover parked cars in Marshall with white flakes.

Adams expects 2 to 4 inches of snow will fall by this morning. And that’s enough accumulation to affect driving safety. According to the National Weather Service, the winter weather advisory is issued when a low pressure system produces a combination of winter weather (snow, freezing rain or sleet) that presents a driving hazard.

“The weather model underestimated yesterday. Today (Tuesday), it’s much more in agreement and it (snow) will continue through the night,” Adams said.

On Tuesday night, the Minnesota Department of Transportation said highways in the Marshall area were partly covered in ice.

While it’s only the first week of November, Adams said snow this year is not unusual for southwest Minnesota.

“Seven-and-half inches for the month of November is not uncommon,” he said.

However, Adams expects clear skies in the near future.

“Once we get through this, you guys (in southwest Minnesota) will be in the clear for the rest of week. It’s just going to be cold,” he said.