‘Starts at the top’ 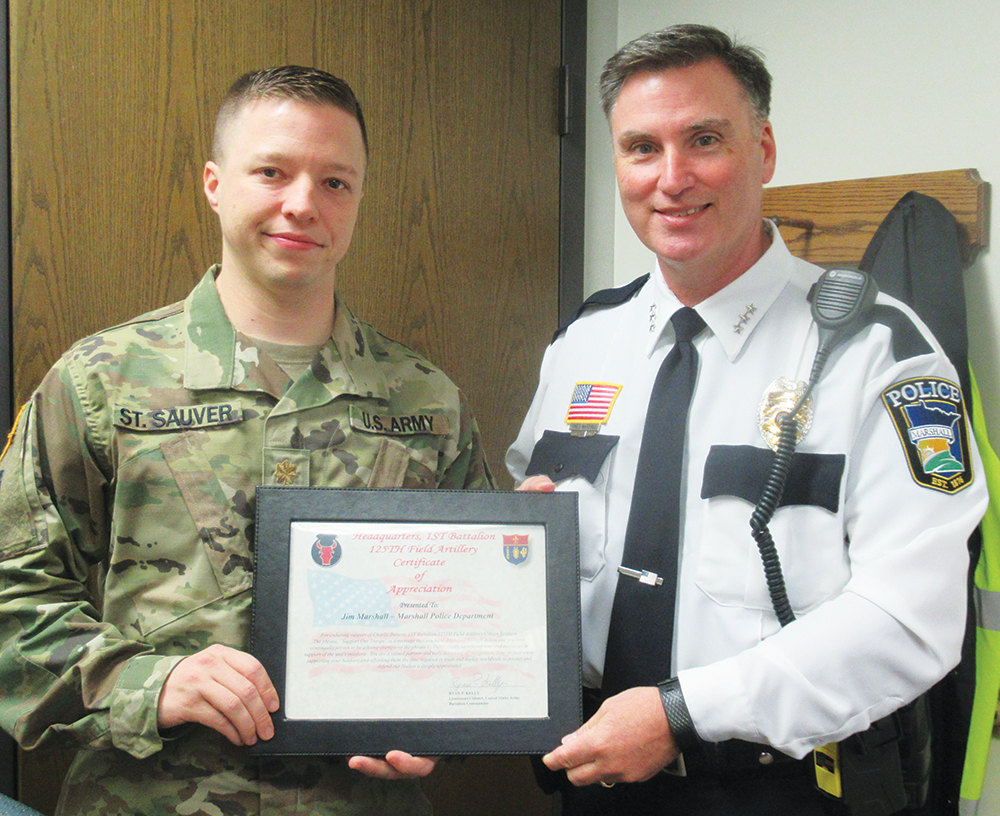 MARSHALL — It’s not only the one soldier who is affected by having to leave home and work for training or being deployed, it’s also the family, employers and co-workers on the home front who support the soldier while he or she is gone.

St. Sauver said times have changed and soldiers — and family and employers — are asked for even more service.

“Ten years ago we used to hear all the time, ‘one weekend a month, two weeks a year’ and in the current environment, since 9/11, that terminology is no longer used,” he said. “Just this year we’re now asking for 10 to 15 extra week days from soldiers and for our senior leaders — one of the officers is a senior leader — has to do 30 days in July and August and then an additional eight to 10 days in January. We ask a lot from the employers because every time one of those soldiers is gone, other employees have to take time and step into their roles. It takes time and effort to do that. One of the things that the Marshall Police Department has shown is the openness and willingness to give that time. That’s not an easy thing to do.”

“The employer support that we get is lockstep with the family support,” he said. “What that truly does for the soldier, is he or she can focus on the job at hand instead of the job or household,” he said.

“We take time to recognize employers who have gone above and beyond in their support,” said St. Sauver.

I’ll accept (the plaque) on behalf of the team as a collective,” said Marshall.

Because of employers like the city of Marshall, citizen soldiers can do their job better, Shoemaker said.

“My role is pretty minimal,” Marshall said. “It’s the staff-wide support. It’s the others that do a lot of the legwork and have always been supportive of the National Guard, so I’m just a small piece of the equation.”

“It starts at the top though,” Shoemaker said.

Shoemaker shared the story of giving a plaque to a head nurse at a medical facility in Mankato where a National Guard member works as a registered nurse.

“When she is gone, 12 other nurses cover her shifts while she’s on a mission,” he said. “So it’s a team contribution, but it’s an employer that affords them that opportunity.”

Marshall said the officers in Marshall who have filled in for their National Guard co-workers have never complained.

“That affects their time with their families too,” said St. Sauver.