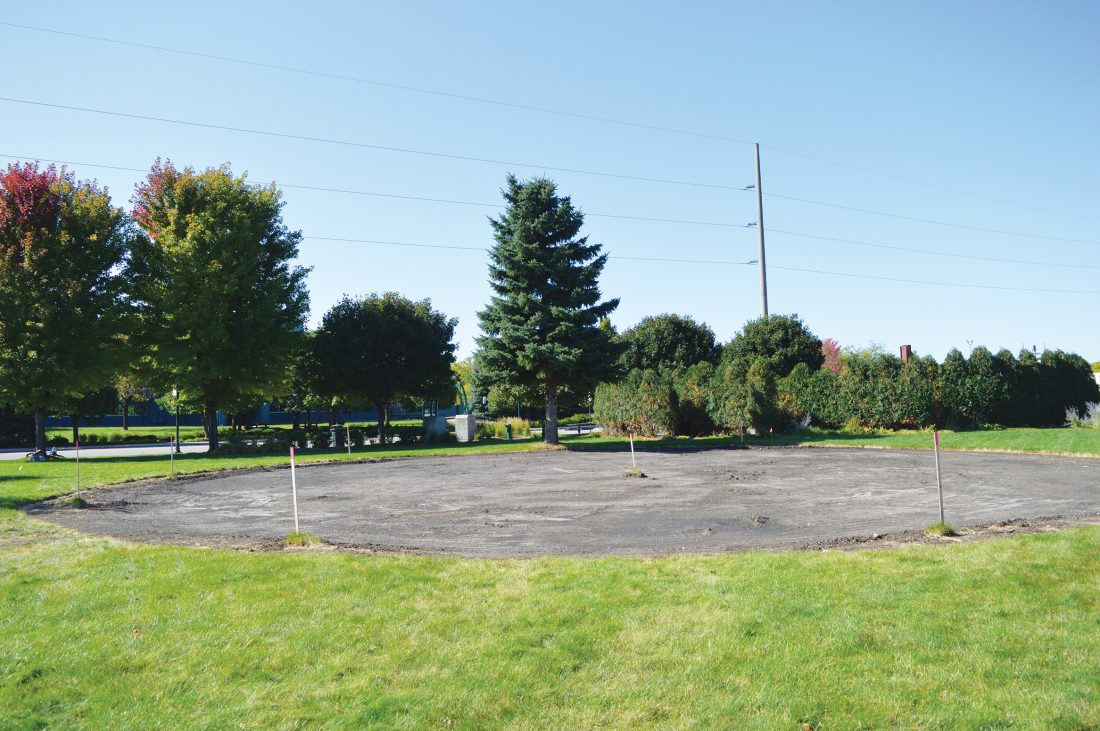 Photo by Deb Gau A circular area of earth and stakes at Memorial Park in Marshall mark the future site of a new veterans memorial. If the weather permits, planners hope to begin construction this fall, starting with installing flagpoles. When it’s finished, the memorial will pay tribute to all five branches of the U.S. military, and feature a memorial wall and engraved stones in honor of veterans.

MARSHALL — People have been asking questions about the circle of bare earth marked out with stakes in Memorial Park, Marc Klaith said. While it’s humble-looking now, the bare patch lays some of the groundwork for a planned veterans memorial in the downtown park. Weather permitting, construction on the memorial is set to start this fall.

To start with, “We’re trying to get flagpoles in,” said Klaith, a Marshall resident and one of the supporters of the memorial project.

Work on the flagpoles will hopefully start this week, said Marshall Parks Superintendent Preston Stensrud. Other construction planned for this fall includes putting in gravel and sidewalks, and doing some electrical work, Stensrud said.

The finished memorial will include a celebration garden space shaped like a five-pointed star, with each point of the star honoring a branch of the U.S. military, Klaith said. A sculpture will be in the center of the garden. Running parallel to First Street, there will also be a memorial wall, and a display of engraved stones contributed by community members in honor of veterans.

Ground was broken for the project in September, but so far, the weather hasn’t been cooperative, Klaith said.The plan will be to complete the memorial some time in 2020.