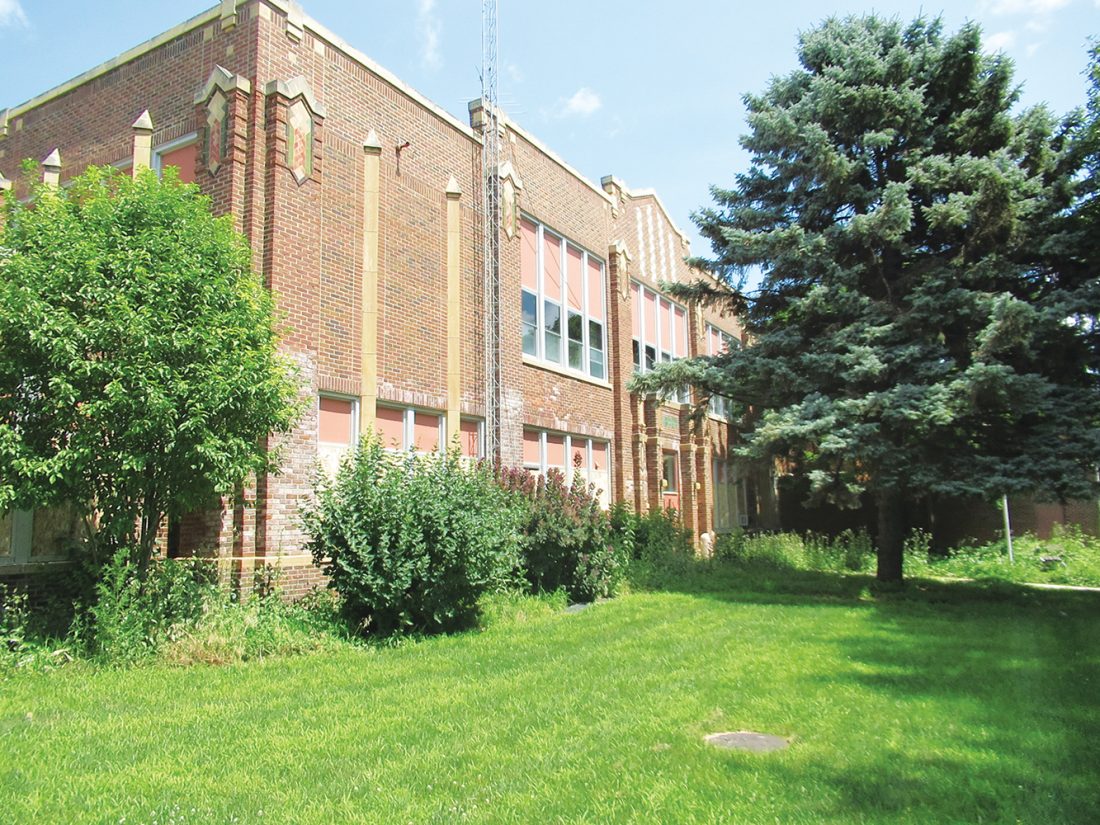 Photo by Jim Muchlinski The former Clarkfield school is slated to be demolished soon, according to Yellow Medicine County officials.

CLARKFIELD — If everything goes according to plan, land in Clarkfield that contains its former public school building will be vacant and ready for new development by the time the winter of 2019-20 takes shape.

Asbestos removal at the school, which has not been used for classes since 2008, is progressing as planned. Once it’s completed, Yellow Medicine County’s demolition contractor can safely demolish the building with no risk of asbestos particles becoming a public health hazard.

A slight delay, possibly lasting several days, is expected after asbestos was discovered this month in duct areas of the newer elementary school portion on the west wing of the school. The newer wing was thought to be asbestos free.

Removal costs were updated to add $16,300 into the total. The original asbestos removal estimate was $352,500, which was reduced by almost $100,000 when further sampling showed that some locations in the building did not have asbestos issues that were previously anticipated.

Contracts for the abatement process are scheduled to run until Oct. 24. The county will have the demolition disposal site near Clarkfield ready to handle demolition debris before the building is razed.

Unless severe winter weather occurs in late October, it’s expected that the entire project will be finished in 2019. In a project review last week, county officials determined that everything possible has been done to stay in step with contractors and to avoid further delays.

Board Chairman Greg Renneke said site preparation does not need to be finished until shortly before the demolition. As a contractor who has worked with other similar excavation projects, he said early site work could actually prove harmful if an excavated area takes on water from rain or snow.

“It’s all weather-related,” Renneke said. “That makes it hard to know what to do. If the weather cooperates, it shouldn’t be a problem getting everything done as planned.”

After the building became vacant, it was sold to a private buyer, then later forfeited to the county under tax forfeiture law.

Half of the $499,100 demolition cost will be absorbed by county-wide taxpayers, while the other half will be paid by the city of Clarkfield through a demolition agreement finalized last winter.

Elementary K-6 classes in Clarkfield now take place at the Clarkfield Area Charter School on the south edge of the community along U.S. Highway 59. The remodeled and expanded commercial building now has a set of fully equipped classrooms, a cafeteria, media center, administrative office area and gymnasium.

Completion this fall should end itself to the goal of finding a different purpose, or possibly multiple purposes, for the land containing the school. It comprises a large part of the west side of Clarkfield, with access to U.S. Highway 59. It is also adjacent to North Park, the largest of the city’s parks and the location of its swimming pool.

“There’s a very good chance of getting the demolition completed this fall,” Timm said. “It’s expected to move along quickly once it starts.”