Blowin’ in the wind 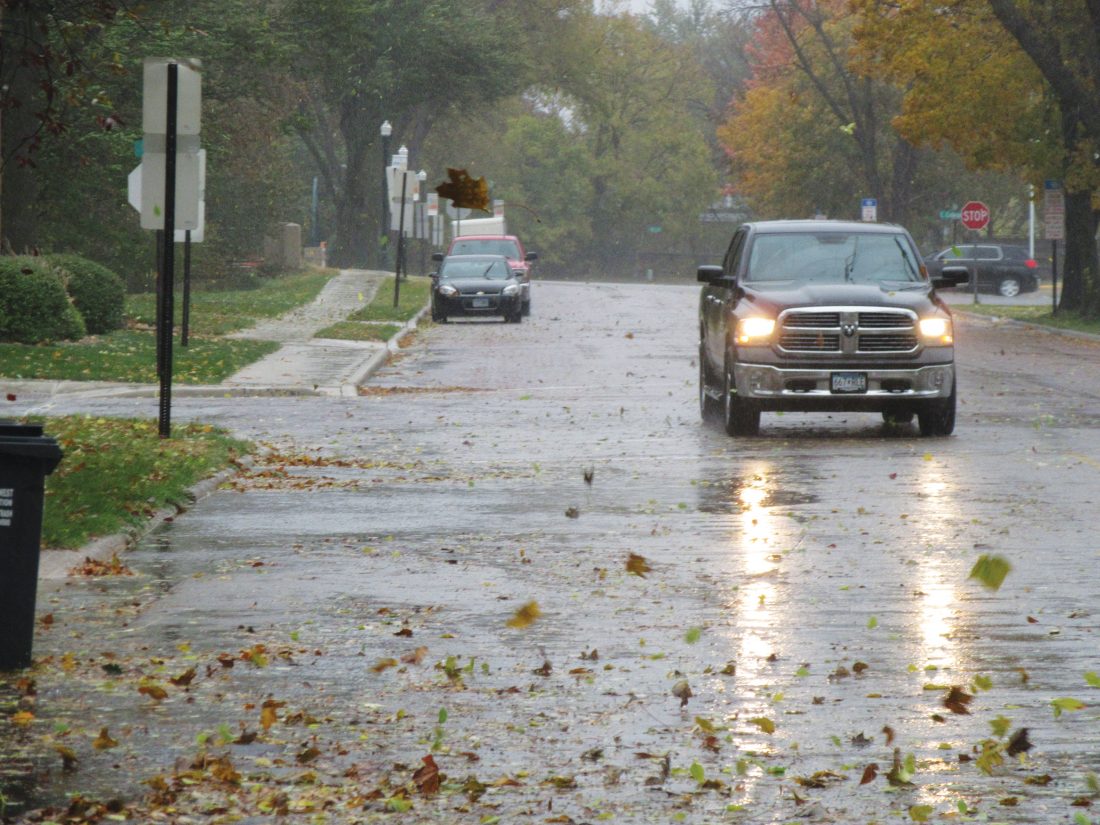 Photo by Karin Elton Leaves were strewn about in the street and water accumulated on the sides of the road from the relentless wind and rain Monday.

However, while today should still be gusty, the winds should start to slow down tonight, said NWS meteorologist Jim Murray.

An area of strong low pressure moved into the region Sunday night, bringing strong winds with it, Murray said. While Monday was both rainy and windy in the Marshall area, Murray said wind gusts would “really pick up into the overnight hours.” Peak wind gusts of up to 55 to 65 miles per hour were forecast for Monday night into Tuesday, with the strongest winds in the Buffalo Ridge after dark.

A high wind warning lasting from 4 p.m. Monday until 4 a.m. today was issued for Lincoln, Lyon, Murray, Cottonwood and Pipestone counties. The NWS said the strong winds could potentially cause damage to trees and power lines. Driving would also be difficult, especially for high-profile vehicles. The NWS warned people to avoid being outside in forested areas or around trees and branches during the windstorm, and to use caution while traveling.

Murray said the strongest wind gusts would likely happen between about 5 p.m. Monday and 4 a.m. today. The region would also see an average of around half an inch of rain on Monday, with another three- or four-tenths of an inch overnight, he said.

The region will remain in a wind advisory until 4 p.m. today, the NWS said. Wind speeds of 25 to 30 miles per hour are expected, with gusts of up to 50 miles per hour.