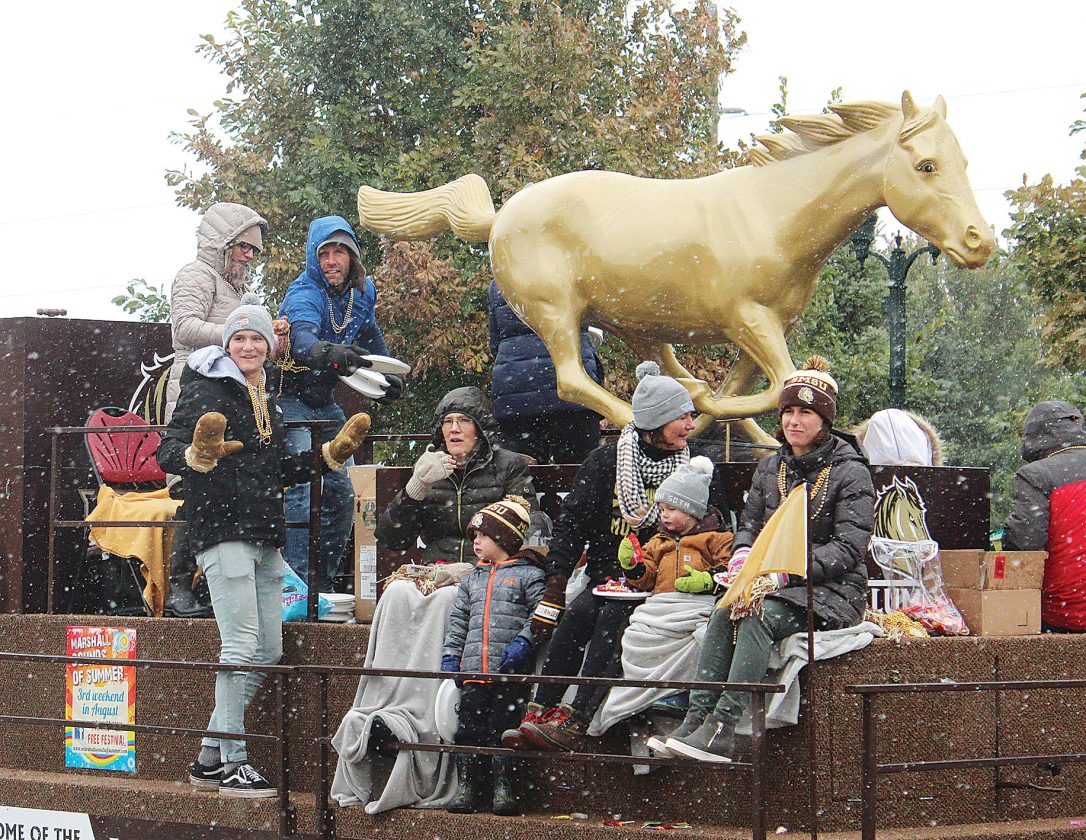 Photo by Sabrina Pankratz Even with the snow and cold temperatures, people came out to celebrate Southwest Minnesota State University’s homecoming Saturday morning.

Keri Henke was among the group of SMSU alumni standing outside the Varsity Pub watching the parade move down Main Street through the downtown.

Henke graduated in 2002 and came back to reunite with old friends such as Cari Teller and Kimberly Enck.

“We come back every year,” Enck said.

Many came to watch friends and family in the parade like Brooke Farrow with her son, Elliott Erickson.

“I came to see my sister, Amanda Farrow, who works for Minnwest Bank,” Farrow said.

“She asked me to come and he (Elliott) wanted to come with,” Farrow said.

Ezekiel Thompson, a senior on the homecoming court, said he enjoyed being in the parade even with the weather.

“I liked seeing all the children smile, even though it was super cold,” Thompson said.

Students like Elizabeth Ripple came to the parade to support friends in the parade.

“It was fun to see people and hang out with friends,” Ripple said.

Despite the cold temperatures and snow, many students, alumni, and community members took part in homecoming events throughout the weekend. There was 5K/10K run put on by the SMSU Veteran’s Club and a pancake breakfast throughout the morning at the Fire Hall.

Many other events such as the planetarium star show, a family funfest and tailgating went on throughout Saturday.

By 3 p.m. the snow had stopped, and many were able to tailgate before the game. Lana Warning, a senior and elementary education major, attended tailgating with friends.

“It’s so much fun,” Warning said. “You come together as friends, you eat, you drink, and you go to a game, it’s fun.”