Talking about gender identity and the use of pronouns

SMSU?LGBTQA+ Club has presentation at the library 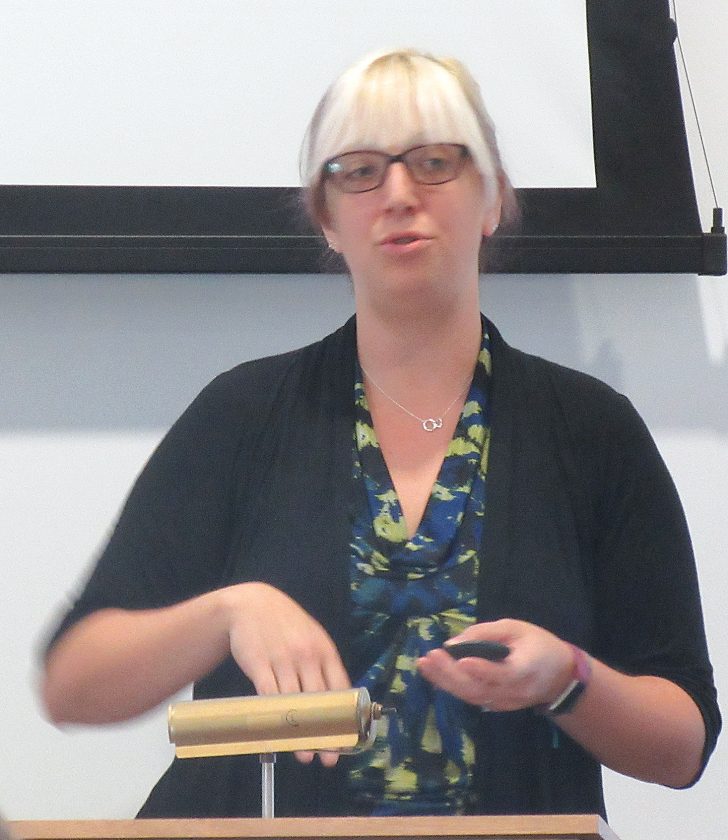 MARSHALL — British pop star Sam Smith has recently announced a status of non-binary. Smith’s pronouns are “they” and “them.”

Smith said, “After a lifetime of being at war with my gender I’ve decided to embrace myself for who I am, inside and out.”

Recently Merriam-Webster has officially added the nonbinary pronoun “they” as an entry to its dictionary. The word “they” can be used to refer to a single person whose gender identity is nonbinary along with three other separate definitions.

What does that mean — “non-binary?”

Earlier this month, Southwest Minnesota State University LGBTQA+ Club and adviser Julie Walker presented a discussion on “Gender Identity and the Use of Pronouns” at the Marshall-Lyon County Library’s community room. New Horizons Crisis Center was a sponsor.

Walker said there are many identities including male, female, genderqueer and genderfluid — the last two of which are similar. Genderqueer means you feel neither male nor female and genderfluid means “one day you could feel more feminine and another day more masculine,” she said.

“Who are you in your own brain?”

It gets even more complicated, Walker said. In class, a person might want to be referred to with the pronouns, “he” and “him” and out of class as “they” and “them.”

Walker says she doesn’t use the word “normal” when talking about gender identity, she prefers “typical,” “nontypical” or “atypical.”

Some people who have transitioned from one sex to another change their names, something some people have trouble with, but why? asked Walker. People usually can accommodate a person whose birth name is “Elizabeth” and is now called “Lizzy,” so why is it hard to call someone “Kendra” whose name previously was “Ken?”

Why is calling someone by their preferred pronoun and names important? It’s about feeling safe in the world, feeling wanted and understood. Anti-LGBTQA+ hate crimes are rising, according to the FBI. Suicide is the second leading cause of death among young people ages 10 to 24, according to thetrevorproject.com. In a national study, 40% of transgender adults reported having made a suicide attempt and 92% of these individuals reported having attempted suicide before the age of 25.

Some do’s and don’ts: It’s best to ask gender-neutral questions. Don’t ask, “do you have a boyfriend?” but “Do you have a partner?”

Don’t ask personal questions of someone who is gay that you wouldn’t ask of a heterosexual or “cis” person (someone who identifies with the gender assigned at birth).

“It can be exhausting to answer and makes you feel like a zoo animal,” Walker said. If you’re curious, she said, go on the Internet.

Walker said mistakes are “OK, but don’t make it about you, be discreet.”