Starting the year with some new faces

More than 14 new teachers, as well as some new administrators, are starting the new school year in Marshall 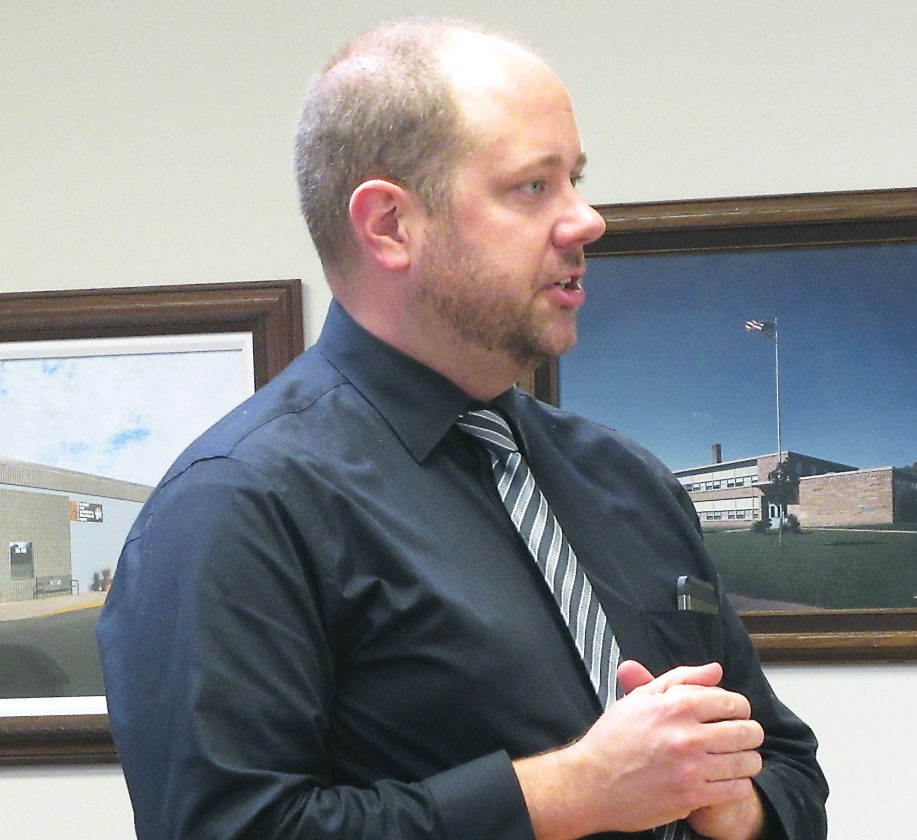 Photo by Deb Gau Eric Hjelden is West Side Elementary’s new principal. He was a teacher in Long Prairie and Willmar.

MARSHALL — The start of a new school year is always a time for introductions, and that’s not just for students. Local schools welcomed new staff members, including more than 14 teachers, in Marshall this fall. In the case of Marshall Public Schools, the new faces included new administrators as well, at West Side Elementary and at Marshall Area Technical Education Center (MATEC).

New faculty and administrators at MPS were welcomed during a school board meeting on Tuesday. Among the people who introduced themselves to Marshall School Board members were West Side’s new principal, Eric Hjelden.

Hjelden said he grew up in Grand Forks, and attended university in Duluth. For the past 13 years, he’s been a teacher in Long Prairie and in Willmar. Hjelden said his family includes his wife and three daughters.

The new assistant principal at MATEC isn’t necessarily a new face in Marshall, but she will be stepping into a new role. Assistant Principal Amanda Pederson said she was a teacher at MPS for eight years. For the past two years, she served as the principal of Redwood Valley Middle School in Redwood Falls.

Hjelden and Pederson are far from the only new faces at Marshall schools this year. At MPS, there are nearly 30 new staff members, including 14 teachers, said Marshall Superintendent Scott Monson. The new educators include Alyssa Coudron, a parent educator for the early childhood program, and Traci Janssen, who will be a new district-wide speech teacher for MPS.