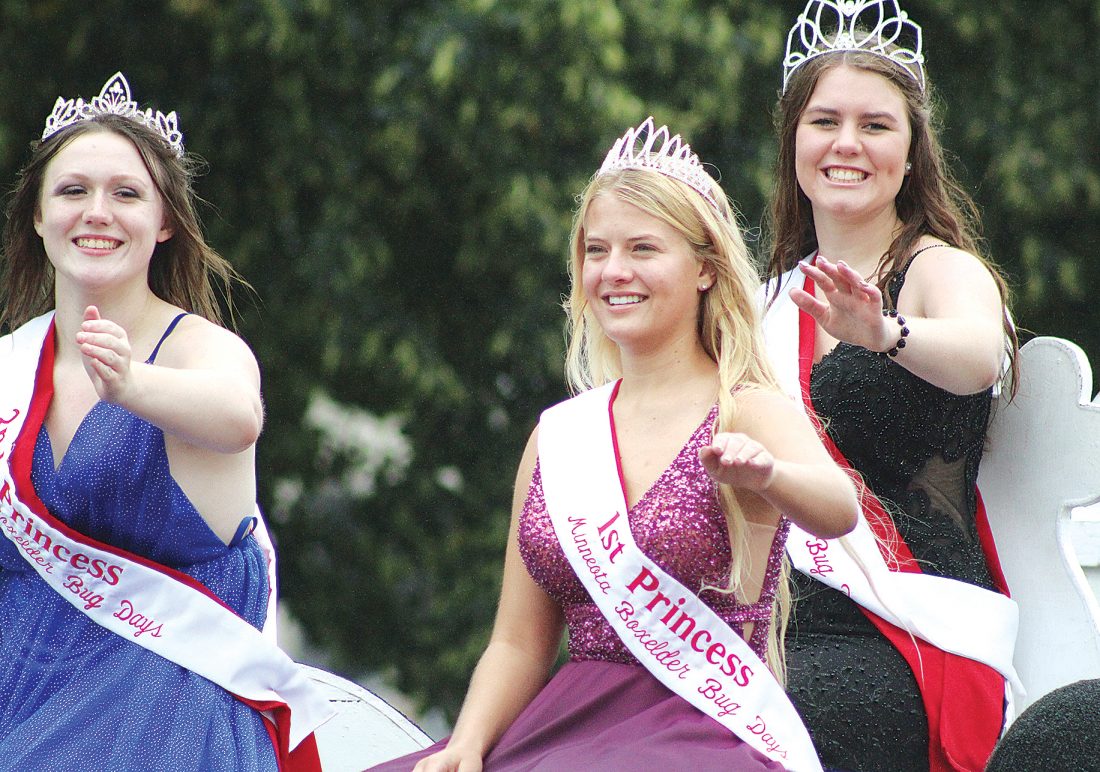 MINNEOTA — Rain showers did not stop Ruth Bot, from Minneota who was with her daughter, Carolyn Bot, and granddaughter, Piper Shoultz, from attending Boxelder Bug Days all weekend.

“The diehards were out for Bug Days,” Bot said.

“It’s a great time to get together and see friends and family that you haven’t seen in awhile, and a town tradition,” Carolyn said.

Others such as Joyce Laleman, with her husband, Fran, and friend Denise Buysse from Minneota attended the parade in the rain on Sunday.

“Well my daughter was in the parade today, so we’re here watching it,” Laleman said.

“It’s good to come out, a lot of family comes,” Buysse said. “It (the parade) was a lot shorter this year, the high school band didn’t play, and usually we have the Shriner cars,” Buysse said.

Organizer Scott Josephson said they moved multiple events on Saturday indoors to give people a break from the rain. Events moved indoors included the bean bag tournament and vendor and craft fair.

Josephson said many volunteers helped set up tents and direct people where events were taking place due to the rain.

Josephson said the last time it rained during the town celebration was 11 years ago.

“We still had our celebration, but we were fine,” Josephson said.

Josephson said Boxelder Bug Days was named after the author, Bill Holm, from Minneota, who was gaining notoriety at the time the original organizers were looking to do something different for their town celebration.

Josephson said Holm, was teaching a literature class at SMSU, and his students were having trouble finding something to write about. There happened to be a boxelder bug walking across his desk and he pointed to the boxelder bug and commented you can even write about the boxelder bug if you’re creative enough.

“He then put together a collection of poetry and short stories centered around the boxelder bug but as it relates to life in southwestern Minnesota. “ Josephson said.

Josephson took over organizing Boxelder Bug Days when his uncle asked him to take it over since 2006, but has been involved since 1992 when it was first created.

“It’s a way to give back to the community, and the celebration gives Minneota part of its identity,” Josephson said.