‘Organizing and shopping’ for the kids 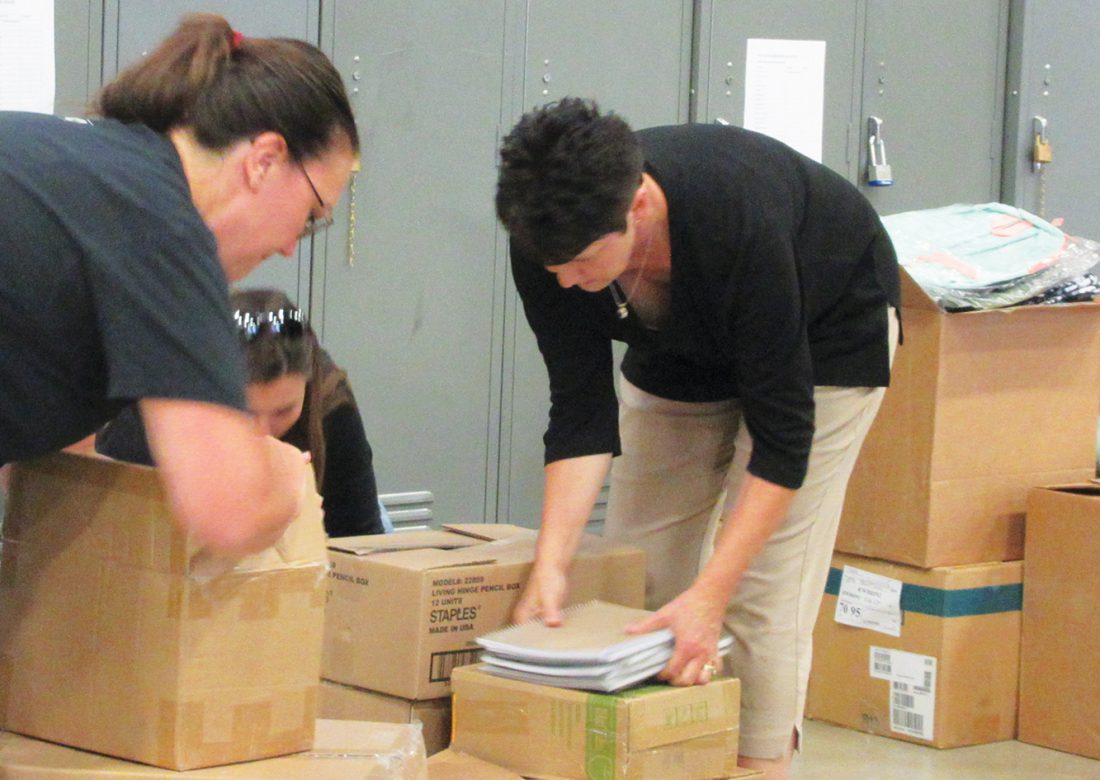 Photo by Sabrina Pankratz Amy Herrick, left, and Margaret Palan, volunteered at Stuff the Bus loading supplies for the schools.

MARSHALL — Volunteers like Pam Ellingson were organizing, sorting and loading supplies into the buses for the United Way of Southwest’s annual Stuff the Bus on Wednesday. Ellingson has been volunteering for several.

“I am a former teacher, (at Samuel Lutheran School) so this is near and dear to my heart and I like volunteering,” Ellingson said.

Stuff the Bus provide students from low-income families school supplies in the area.

“I haven’t counted everything for sure, but last year it was 67,003 (items given). I can say we got higher than that this year,” said Shelby Otto, the community engagement and education coordinator with United Way of Southwest Minnesota.

“If you look around all of this was donated by people that literally don’t get hardly any recognition for it, like I don’t know who put these supplies in the containers or who dropped off this twenty dollar bill. So these people are doing it from the goodness of their heart,” Otto said.

Volunteer Jamie Branstner said this will be her third year volunteering for Stuff the Bus.

“I really like to organize. So it hits two of my likes. I like to be able to organize stuff and then shopping. I get to shop without having to spend any money. But really it’s the helping out and getting to see what a good cause can do,” Branstner said.

This will be Otto’s first year organizing and facilitating the event, but the program was started in 2004 with the combination of Lyon County Alliance for Children and Families and United Way.

“Today I have all volunteers coming and they’ll get everything loaded up for the schools,” Otto said.

Otto said that United Way took over completely at some point, but it began working on collection sites as early as May.

“From the end of July I’ve been eating, breathing and sleeping Stuff the Bus,” Otto said.

Otto said this program helps around 4,000 students and that the program gives to about 25 public, private and charter schools in the southwest area.

“All the school do is in the spring they filled out a sheet for us telling us how many students get free and reduced lunch and then we prorate that number,” Otto said.

“I used to teach — I taught first grade. So, I know how important these supplies are not only for the kids — it’s just a financial relief for the parents and the teachers,” Otto said.

“It’s so awesome. It just warms my heart, I know how important these supplies are.”