Tony struts away with championship costume 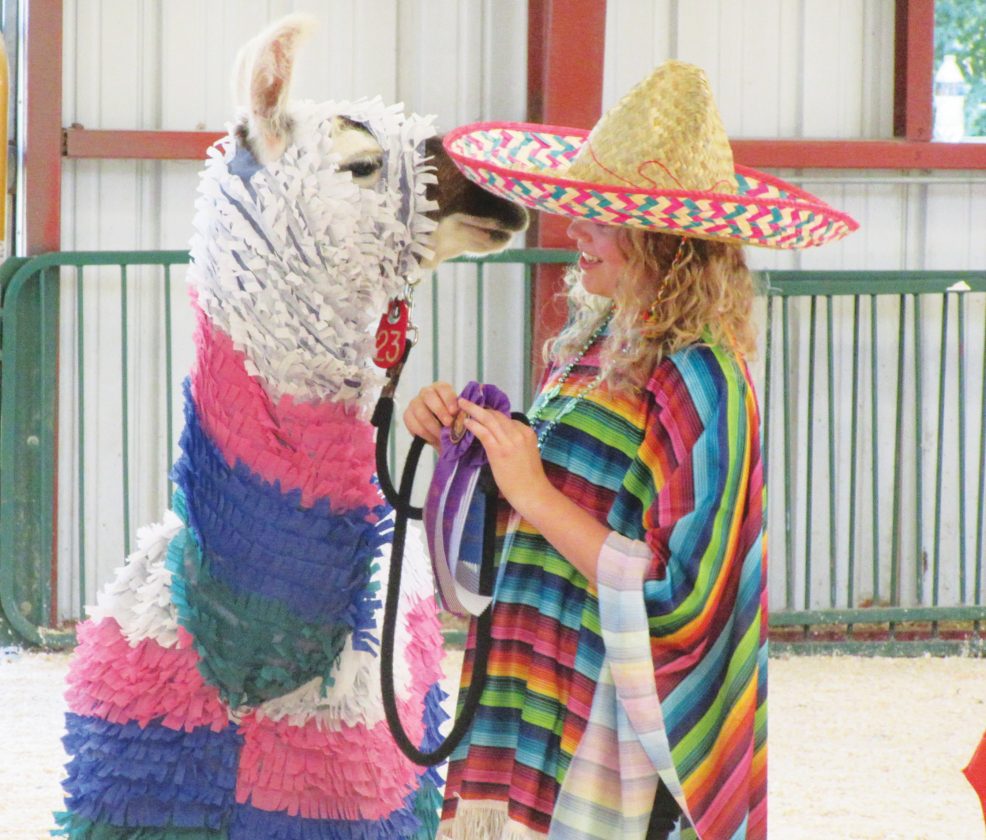 Ross said she spent 10 hours cutting paper, gluing, and sewing the costume together.

“My sister and I, we sat down and brainstormed a couple ideas and this was one of them. I wanted to do one that didn’t have to do too much sewing. It’s not exactly my forte,” Ross said.

Ross and Tony won Champion for the senior division and Champion Overall at the Llama Fun Show. Ross has been showing llamas for 4-H for the past three years.

“One thing that I really loved about working with Tony this year was that he was a bigger llama. I’ve worked with young llamas, so he was little bit more experienced,” Ross said.

Ross said she got into 4-H because her grandmother taught her how to knit and she wanted to learn about where the yarn came from.

“I began on the journey of where the yarn comes from, so I learned about llamas. And then Mary Beth (Sinclair) told me about her llamas and they had a club through 4-H,” Ross said.

This was 11-year-old Annabel Coudron’s first year in the 4-H Llama Club.

“I just like being with my llama. I enjoy being in the company of my llama, Roadrunner,” Coudron said.

“I have chickens at home and I really like them. So, I decided to do something I like,” Coudron said.

People from across the Lyon County came to see the Llama Fun Show on Thursday. Amy Sauter from Lynd and her 8-year-old daughter Estella, came to cheer on her friends, Adi and Lucy.

Sauter said they have never been to the show before and were excited to be there.

“I’m excited for the llamas and costumes,” Estella said.

“We are proud of her and she loves llamas. She loves learning about llamas,” Alyssia Coudron, Annabel’s mother said.

Mary Beth Sinclair, organizes the 4-H Llama Club and owns all of the llamas that participated in this year’s Llama Fun Show.

“I started collecting llamas and raising llamas for the kids to show. I love llamas. They are unique creatures and fun,” Sinclair said.

“The kids this spring when we had so much rainy weather, we sewed costumes for like three weeks in a row,” Sinclair said.