Cruising before the rain

Concert headliner moved to earlier time because of weather 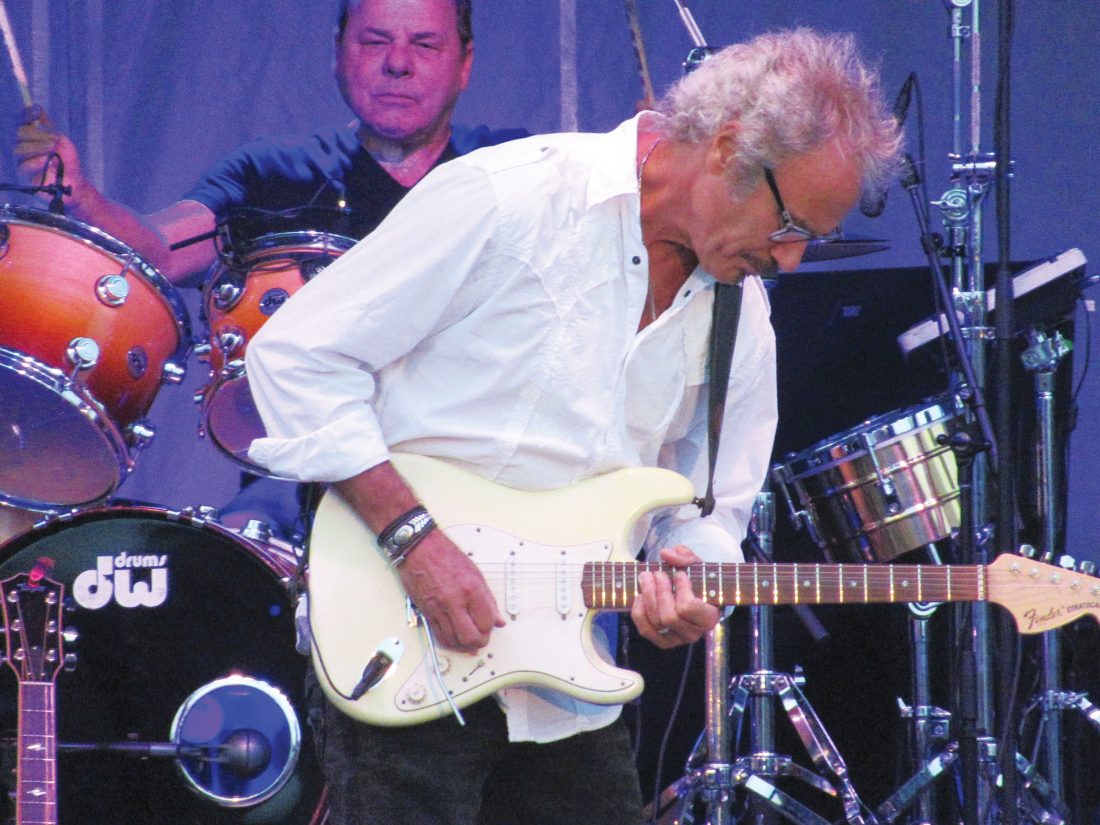 MARSHALL — Pablo Cruise brought the crowd at the Sounds of Summer concert despite forecasts for rain.

The weather brought worry to many folks about whether they would be able to see Pablo Cruise, but the band got moved to 7:30 p.m. because of the forecasted rain. Three inches of rain fell overnight in Marshall.

“It was a decision made by not just Pablo Cruise but a couple other people,” said Brock Klaith, a Sounds of Summer committee chairman.

“We were just hoping for the best, but you can’t control the weather,” Klaith added. “We won’t change location. We’ve tried it in the past, it just doesn’t work.” Because of the stormy weather, the Killer Vees did not perform.

Earlier Saturday evening, area residents were looking forward to a great show, even with the potentially wet weather.

“We’re watching the weather to see what the weather report tells us to do first, but it’s going to be an amazing concert,” said Liz Roy of Marshall.

Dale Davis, who was there with his wife, Sandy, said he listened to Pablo Cruise when they were younger.

“It’s nice that they’re going to be on earlier instead of later cause we’d probably be in bed already then,” Davis said.

Kris Durschmidt of Russell came down for the music and excitement.

Durschmidt said this will be her third year coming to the Sounds of Summer.

“They’re just a really good cruising music, perfect for a summer night,” Durschmidt said. “The young and the old like it, it’s really easy listening.”

Fran Stassen of Marshall said she and her husband, Roger, come down every year for Sounds of Summer for a couple hours.

“We just come down to listen and see what everybody is doing,” said Stassen.

Others like Kara Wagner Sherer and her husband, John, were just excited that there was a concert in Marshall.

Wagner Sherer is originally from Marshall and came back from Chicago to see family and heard the concert was going on.

“I’ve never heard of them (Pablo Cruise) until tonight, but we’re visiting from Chicago. I grew up in Marshall. We just knew there was a music festival so we decided to show up,” Wagner Sherer said.

Wagner Sherer said when she was growing up in Marshall they didn’t have Sounds of Summer.

“It’s great to see everybody having a good time and hanging out together,” John Sherer said.