Back to the Blue Moon 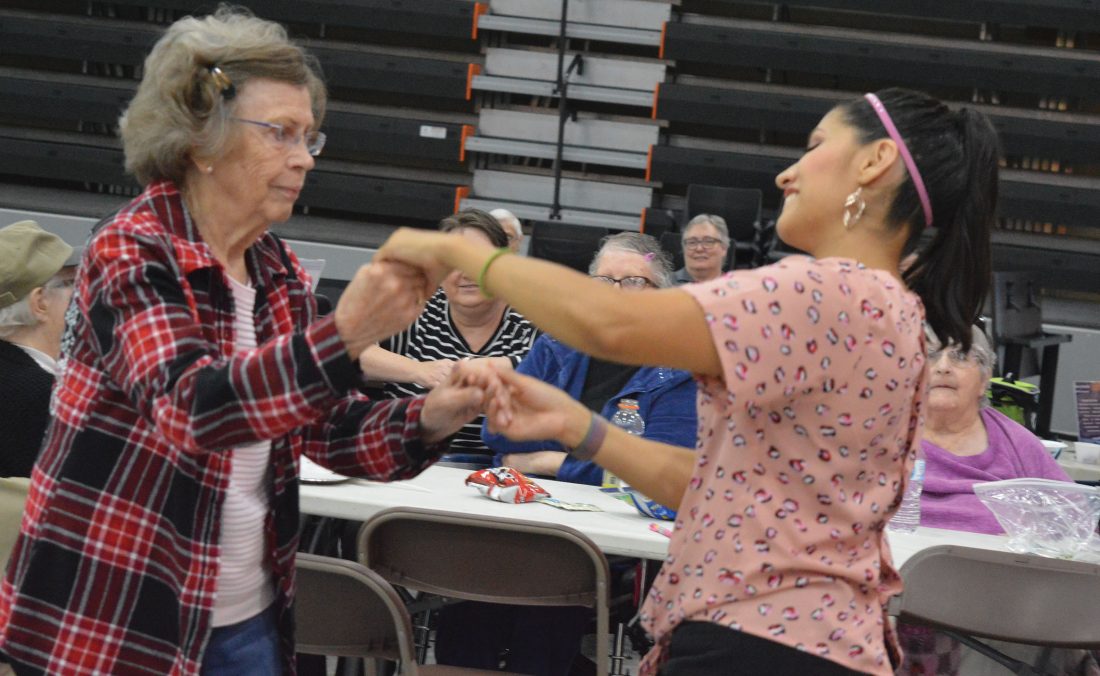 Photo by Sabrina Pankratz Avon Hess, left, danced with Monica Amaya, activities coordinator at the Morningside Heights Nursing Home, Thursday during the "Back to the Blue Moon" Sounds of Summer event.

MARSHALL — “Everybody was there,” Mary Ann Blanchette said of the Blue Moon Ballroom.

The Marshall resident did a little bit of reminiscing Thursday morning as she joined other senior citizens inside the Red Baron Arena for the “Back to the Blue Moon” Sounds of Summer event to listen and dance to music played by DJ Mylan Ray.

“It was always a lot of fun,” Blanchette said. She went to the Blue Moon Ballroom a lot when she was young.

“There was always a group that would go,” she said.

Karen Murphy, also a Marshall resident, said she was there to listen to the music.

“I just decided that I’m going out and listening to Mylan Ray. I know he was over the radio and he was a good announcer,” Murphy said.

She also remembers the Blue Moon Ballroom, which was located in Marshall near where the fairgrounds are now. Murphy said she and her husband, Joseph, went together.

“We had a lot of fun, we had lots and lots of fun,” Murphy said.

Murphy said she and her husband came to Marshall, because he was transferred to be postal rural mail carrier and that they would go dancing often.

“It was a place where they (the seniors in Marshall) would go hang out and they had dances there. It was just a gathering place for them to go,” said Heather Radke, the program specialist at the Adult Community Center.

Radke said that this year they decided to change the music from a live polka band to Mylan Ray.

“We’re starting to see a little transition to who’s coming to this event. Now we’re seeing some people that are newly retired. So we decided to book Mylan Ray because he can provide both styles of music,” Radke said.

The morning featured a Gold College class on the Civil War taught by Dr. Lloyd Petersen that brought a large crowd followed by music and lunch in the afternoon.

“This is the third we’ve done this and coordinated with the Adult Community Center where we do the morning and they do the afternoon,” said Marcia Beukelman, the GOLD College director.

“He’s always one of my favorite instructor, so he’s got a great presentation,” Beukelman said.