A little friendly competition in Porter 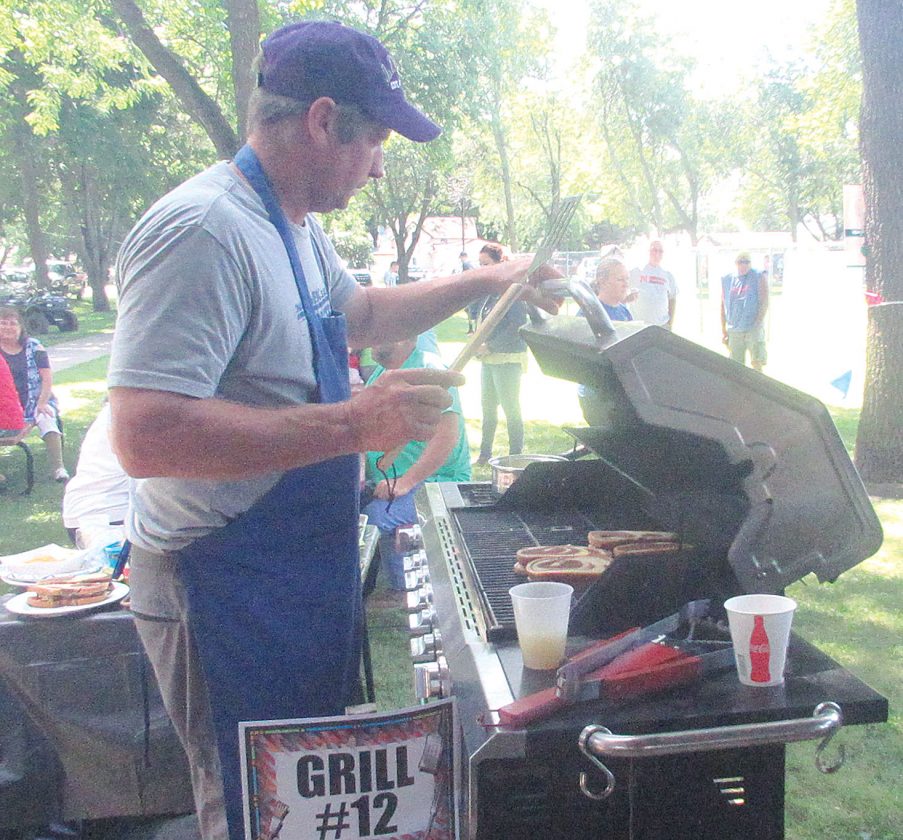 “It’s just fun to be here and doing it,” said Anna Kamrath. “It’s always nice to get a little something but it’s just a good time.”

Anna Kamrath said this year they made a bacon apricot grilled cheese.

“It’s fun to figure out what recipe you want to do and then doing some testing at home,” she said.

The youngest competitor in the competition was Mason Merritt, who was also the only person to make a dessert. Merritt said this will be his second year competing and he made a dessert called Campfire Cones.

Merritt’s parents, Brent and Toni, said that Merritt does everything himself with some help from his grandfather.

According to Bonnie Merritt, who coordinates the grilling competition with her husband, Bob, this year’s proceeds from the tickets bought go to Meal Site Program for the senior citizens up at the Porter Cafe.

“We serve a hundred people and then if there is leftover on the grill we will sell a few more plates,” Bonnie Merritt said.

Jeremy Stoks said it is a family rivalry between some of the competitors.

“It’s all competitive, but it’s a fun competitive though. It’s fun to give each other a hard time, and I love grilling to begin with,” Stoks said.

Stoks is also on the Harvest Festival Committee and said it’s a lot of work for everybody.

“It’s a lot of fun, it’s a lot work. There’s years you kinda wonder why you do it, but then it happens and then realize why you’re doing it,” Stoks said.

“The committee does a really good job at putting everything together and getting people out,” Anna Kamrath said.

Bottelberghe said she and Schoneman grew up in Porter and that they come back every year.

“She signed me up, the Schonemans are competitive,” said Bottelberghe.

Organizer Laurie Hauschild said they have done eating competition in Survivor but nobody wants to do it when they have that.

“We’ve done it for so many years, but you just look online and find Minute To Win It games,” said Hauschild.