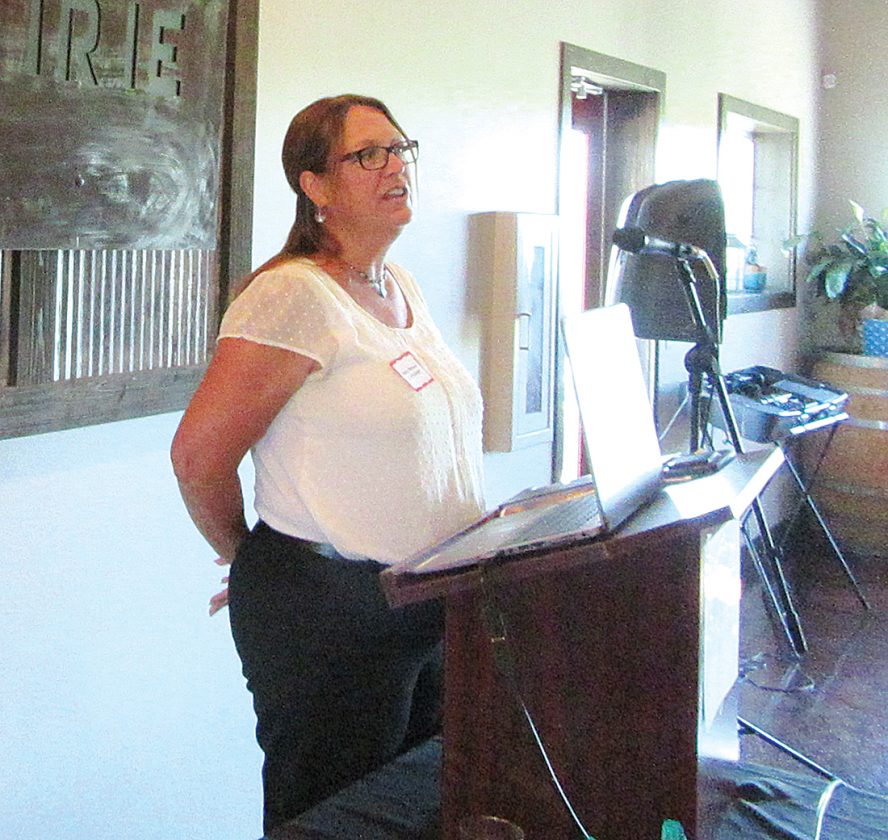 DOVRAY — When it comes to the goal of extending Minnesota’s growing season as much as possible, University of Minnesota researchers aren’t afraid to think big.

She highlighted a group of five demonstration sites throughout Greater Minnesota that are testing the potential of year-round greenhouses. All of them are powered in winter months by ground-source geothermal heat, which generates enough output to keep the interior temperature safely above freezing.

“The biggest obstacle for winter greenhouses in the past is that they’d lose too much heat at night,” Draeger said. “Our sites are designed with the capability to store heat and release it gradually. That can make up for above ground heat loss.”

Climate control studies at the demonstration sites measure how well steady heat output can be circulated above ground through pipes and with help from small fans.

Questions that are being explored include the optimum dimensions for the heat source, the depth under ground needed to tap into enough natural heat, and how much a geothermal system can heat a greenhouse by itself before supplemental heat becomes necessary.

“We have supplemental heat for the greenhouses to prevent loss of the crops,” Draeger said. “It’s likely to always be needed on the coldest nights of the winter. With research, we hope to minimize the need for it and to keep extra heat costs affordable.”

The demonstration work is also helping to measure which crop choices have the best potential for large outputs using limited square feet. Effective use of greenhouse space might make the difference of whether or not production will be enough to generate a worthwhile return on investment.

It’s based on having a different kind of progression in food product supply chains. Instead of sending farm commodities to distant cities for processing and then having other lengthy transportation routes to bring them back to rural stores, Draeger said it’s possible in at least some instances to send them from the farm to the grocer and then onward to wholesalers if crop output is high enough.

“Some deeply rural counties have a disadvantage of being on outer edges of the grocery supply chain,” she said. “We’re asking why it has to be that way when they’re located in farm regions and have the resources to grow food.”

She provided data showing that Minnesota still has about 300 full-service grocery stores in towns with populations of 2,500 or less, an average of almost four for each of Minnesota’s 80 outstate counties. She added that they’re scattered around the state enough to potentially become convenient outlet sites for locally-produced food.

SRDC Executive Director Jay Trusty said Draeger was chosen as the 2019 annual meeting keynote speaker based on how she interacts with SRDC through Minnesota’s network of Clean Energy Resource Teams. SRDC also named the CERT program as its latest annual award winner for outstanding project results because of its findings in the areas of rural energy resources and transportation.

He said both topics tie in with other current SRDC goals, which include helping to address needs for child care, affordable housing and broadband telecommunications access. All three are likely to make area communities more appealing to wage earners and families.

“We can’t do much about farm commodity markets,” Trusty said. “We can do things that should help to attract more people, that add to our quality of life and make it more possible for them to live here.”

Worthington Mayor Mike Kuhle, speaking as SRDC’s board chairman, listed two changes made in the past 20 years that should also help to reach that goal.

One is the Minnesota Highway 60 four-lane link to Mankato and the Twin Cities. The second is the Lewis and Clark multi-state water system project, which has helped to provide water supplies to a large part of the region.

“Many people are willing to consider living in places that have a little simpler way of life,” Kuhle said. “Regional development ideas can help to make it possible. We’re setting the stage for communities, businesses and residents.”