Water runs through it 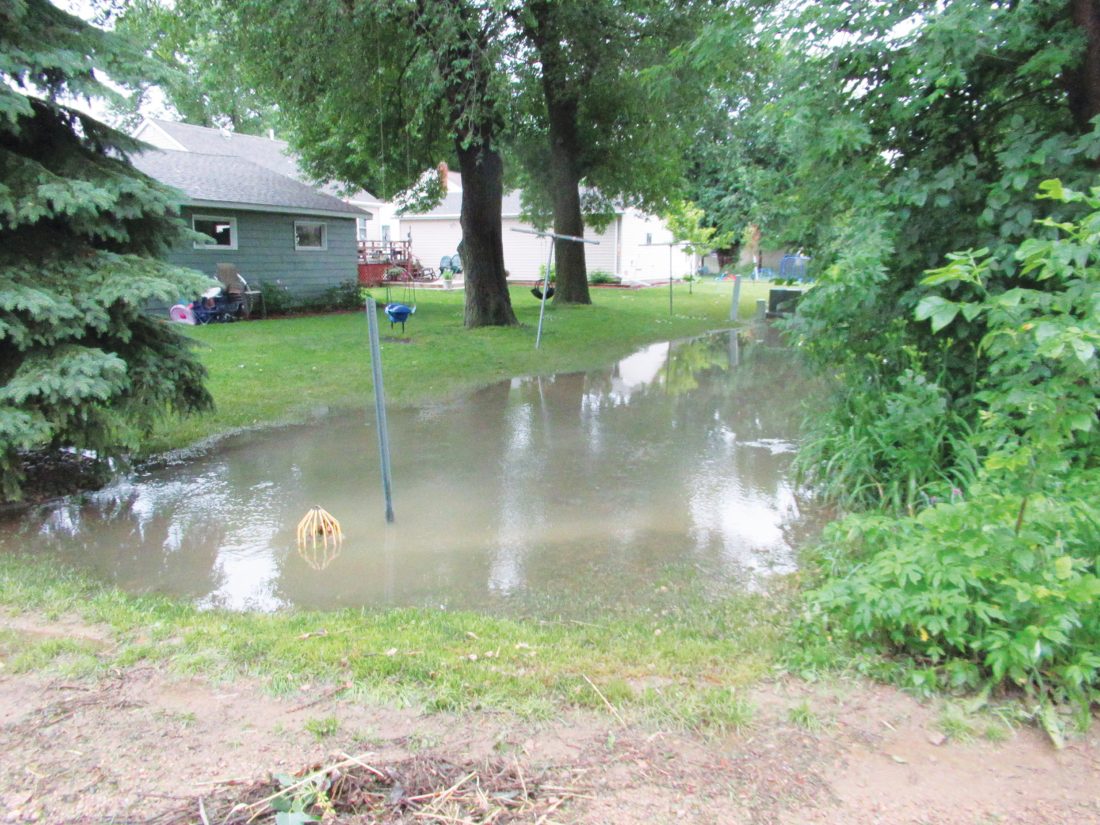 Photo by Karin Elton A drain near the road made slurping and gurgling sounds as it took in water that was pooled in the backyards of houses on Legion Field. Water from the weekend’s rains receded by the time this photo was taken around 9 a.m. Monday, according to a resident of the Legion Field at Kendall Street neighborhood.

MARSHALL — It’s a problem that comes back with the rain, residents in the neighborhood around Legion Field Road said. Ponding water reaching across backyards had returned again Monday morning, after a severe thunderstorm came through the area.

But while the city of Marshall does have a stormwater study outlining possible ways to address the problem, it’s going to be a while before it becomes reality. Project designs and specifications will need to be made first, said Marshall Public Works Director Glenn Olson.

“There is a real need for a stormwater improvement project in that area,” Olson said Monday.

However, the city doesn’t have designs for that project yet. Olson said that process would start this winter and he expected the city will include stormwater improvements in the 2020 budget.

Severe rains last summer caused flooding that knocked out power in the area around Kendall Street, but the neighborhood had water problems before that. In April, Marshall Mayor Bob Byrnes said there was “a sense of urgency” around getting stormwater controls in the Kendall Street/Legion Field Road area.

In April, Bolton & Menk engineer Josh Stier said each portion of the stormwater controls proposal could be built separately, if needed. All together, the three parts of proposal would come to a cost of about $1.45 million. Olson said the city would need to do more planning, and reach out to neighboring property owners before any construction could start.

On Monday, Olson said land acquisition would be another key step before building any stormwater retention ponds. Olson said the city hasn’t yet contacted property owners about acquiring the needed land around Legion Field Road and the Buffalo Ridge Concrete property.

One flood response that didn’t involve digging retention ponds or drainage lines was put in place in the past month. Marshall Municipal Utilities replaced two switches flooded last summer with new equipment that can withstand being submerged, said electric operations manager Steve Johnson. MMU has also raised one transformer and one junction box to help keep them out of the water, he said.

The area around Legion Field Road had always been low, Johnson said, but the flooding last July “really opened our eyes to potential problems.”

The net cost of replacing the switches and other associated work, of around $60,000, was part of MMU’s budget for 2019, Johnson said. He said MMU had also applied for FEMA funding for the cost of the initial damage to the switch.

Johnson said MMU had tried replacing the switches back in May, but ended up having to wait for the ground to dry out first — the water table was only a few inches below the sod at the time.