Speaking out for children

Area residents gathered to protest the conditions in detention camps near the U.S. border 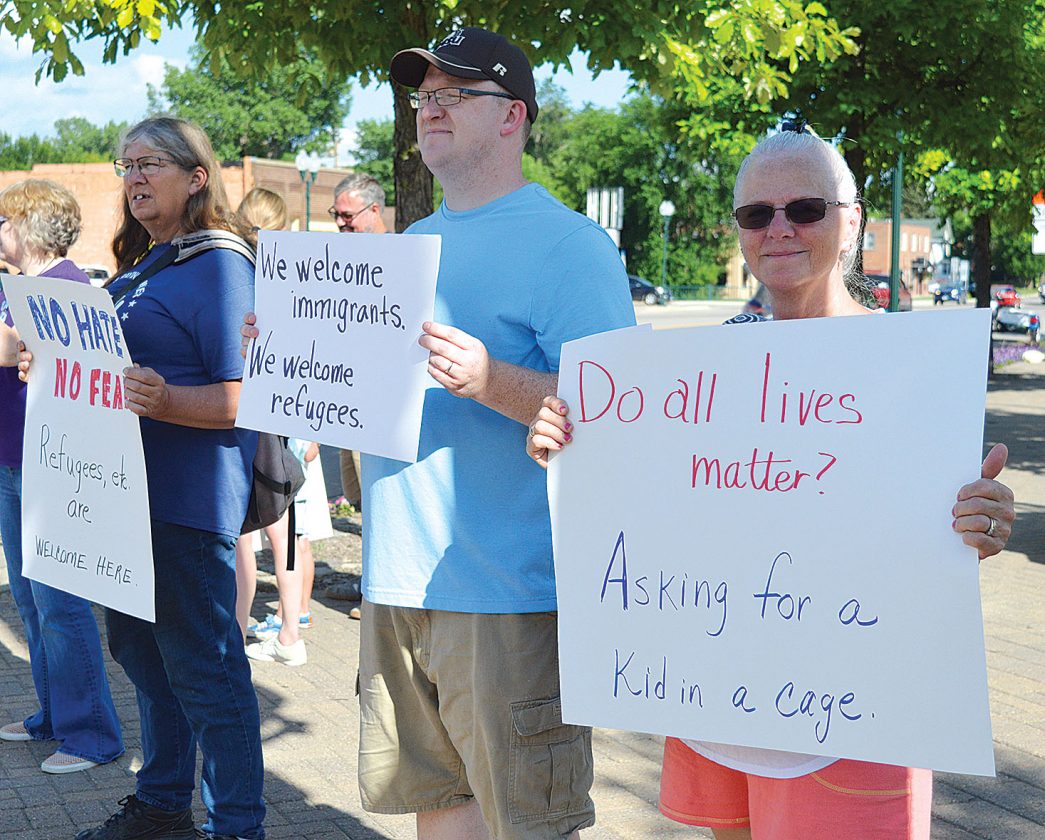 Photo by Deb Gau Marshall area residents held signs as part of a vigil Tuesday afternoon, protesting the detention of migrant children separated from their families at the U.S. border. Vigil participants urged people to contact their legislators and call for the detention centers to be closed.

MARSHALL — It wasn’t the first time they had stood with signs out on the corner of Main Street and College Drive. But the cause they gathered for on Tuesday was one that hit close to home, especially for parents and grandparents.

“I just cannot imagine taking a child away from its parents,” or the panic that child must feel, Darwin Dyce said. It’s something he can’t help but think about when he holds his own grandkids, he said. But it’s part of the reality being faced by migrant children separated from their families at the U.S. border, area residents said.

The Marshall Area Peace Seekers group joined protestors across the country on Tuesday to call attention to conditions inside facilities along the nation’s southern border, where children are being detained without their parents. A group of about 20 people held signs calling for the detention camps to be closed, and for the U.S. to stop separating families.

Sue Morton said the vigil in Marshall was partly inspired by a similar event in Rochester, outside Rep. Jim Hagedorn’s office. The Marshall vigil was also held on the same day as a nationwide “Close the Camps” protest led by advocacy group MoveOn.

“We have to let them know that we want them to keep working on that,” Morton said. “We need to make this world safe for all children.”

Under U.S. law, children aren’t supposed to be held in Border Patrol custody for more than 72 hours before being sent to the Department of Health and Human Services, which is responsible for finding a sponsor, usually the child’s closest relative in the U.S., according to MoveOn. However, there are reports of children being held for longer periods, without enough food, clean clothes or diapers.

“I think people need to hear it,” vigil participant Rosemary Martin said of the conditions in the detention camps. “We’re breaking our own law, as well as international law.”

Morton encouraged people to keep calling or writing to their legislators. The response might not be fast, but it matters that people take action, she said.