A crazy day heats up 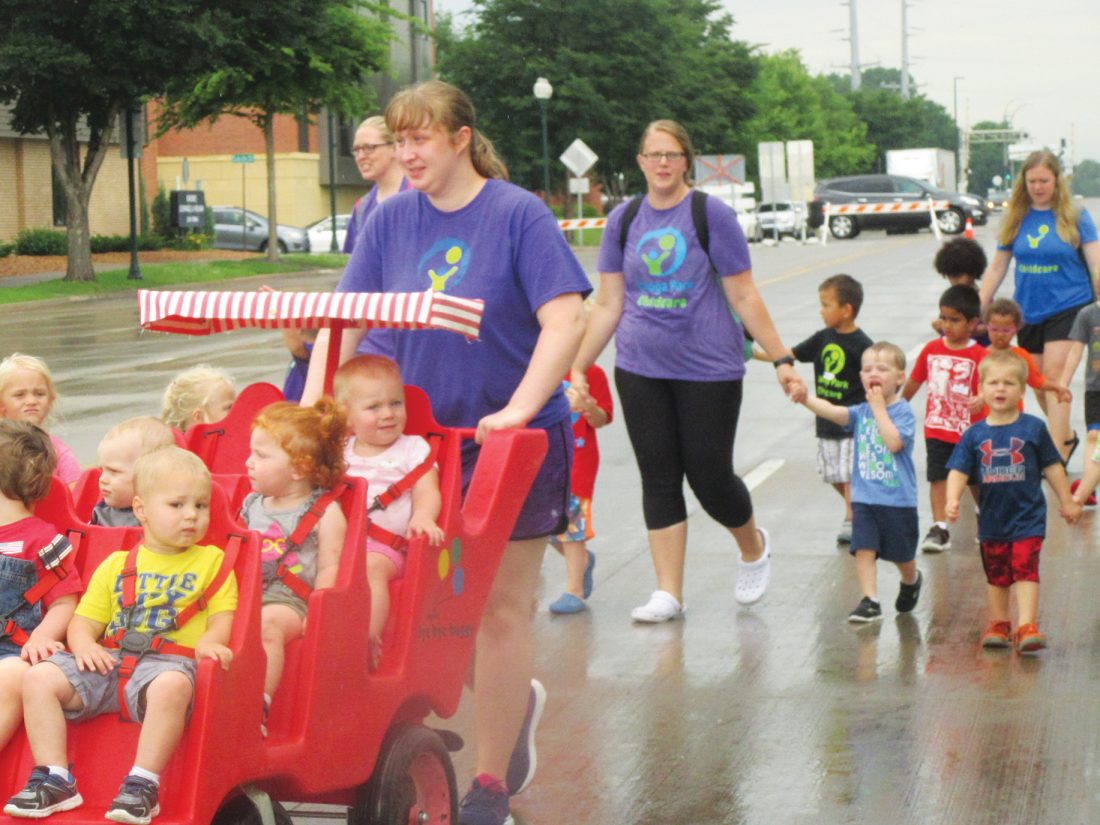 Photo by Karin Elton The street was still shiny from the rain but the sun was starting to peek out by the time the annual kiddie parade started at 10:30 a.m. Thursday during Crazy Days. Kids from Canoga Park Childcare joined in the fun, walking down Main Street from Sixth and turning onto Third Street.

MARSHALL — Thursday was a hectic day in Marshall. You might even say it was a crazy day. With “Carnival” as a theme, retailers were set up for shoppers by 7 a.m.

The day started with a light drizzle, but when the rain left, temperatures reached into the mid-90s by the afternoon.

“There was a rush first thing this morning and then it slowed down a little when it started to rain,” Torke said. “It’s been very steady though, even through the rain.”

Torke had clothing items on racks outside her shop on Third Street off Main that were labeled 75 percent.

“I’ve got clothes for 50 percent off inside,” she said.

Nancy Fjerkenstad and her granddaughter, Ysabel Castaneda, were impressed with the good deals to be found.

“There are some great bargains,” said Fjerkenstad, who is visiting from Irvine, Texas.

They liked the large lemonades for $2 at Applebee’s.

“If you buy the lemonade you get free mozzarella sticks,” said Castaneda.

Fjerkenstad bought some items at Poppin’ Tags — artificial flowers and a shirt. She also bought a yellow dress at Coco Avenue for $10.

After checking out the deals at Nessa’s Naturals, they walked to Main Street and each got henna tattoos on the top of their hands.

Fariha Ahmed had set up a tent in front of the Gambler. The temporary tattoos were $5, $10, $15 and $20 depending on the size and design. Ahmed had a lot of designs displayed that people could choose from and “a lot more in my head,” she said.

Kathy Guetter of Wabasso comes to Crazy Days in Marshall every year.

“I go to Mr. Cool’s and buy shirts for my son-in-law,” she said. Guetter also stopped by Bot’s/Poppin’ Tags and bought a sign that said “HOME.” The “O” had a windmill inside of it that she liked.

“We’ve sold about half so far,” Loft said around noon Thursday. “They are a great deal.” Inside the bags could be items such as beaded wire bookmarks, cruets, and books, she said.

A lot of Main Street businesses and vendors had tents outside of their doors to protect inventory and customers from rain and sun.

Brad Gruhot, Marshall Area Chamber of Commerce president, was out and about Thursday, checking in with businesses. He said he was glad to see stores with their merchandise outside so people could see there were deals to be found.

“It energizes the town and creates excitement for people to go shopping when they see racks of clothes and other items,” he said. “It might make someone think twice when driving by that they should stop to see what kind of deals there are. Especially as people drive through the intersection of College Drive and Main Street.”

In addition to bargains, there were activities for the kids such as bounce houses and in the afternoon, Jessica’s Little Ponies and Rascals petting zoo, which was sponsored by the Marshall Convention and Visitor Bureau and US Bank.

Tattle Tales gave out free cotton candy and Coco Avenue gave out containers of French fries and Italian sodas for free. The table was manned by Xander Antony, 12, and Anakin Antony, 10.

Rhonda Greenfield, a sales associate at Coco Avenue, said “sales have been good, even through the rain.”

Shoppers Holly Duhoux and Erin Nelson entered Sole Mates with the intention of checking out the shoes, which they say are usually a good bargain during Crazy Days. They came out with clothes and no shoes.

“The opposite of what we went in for,” said Nelson.

“We were surprised at the good deals,” said Duhoux. 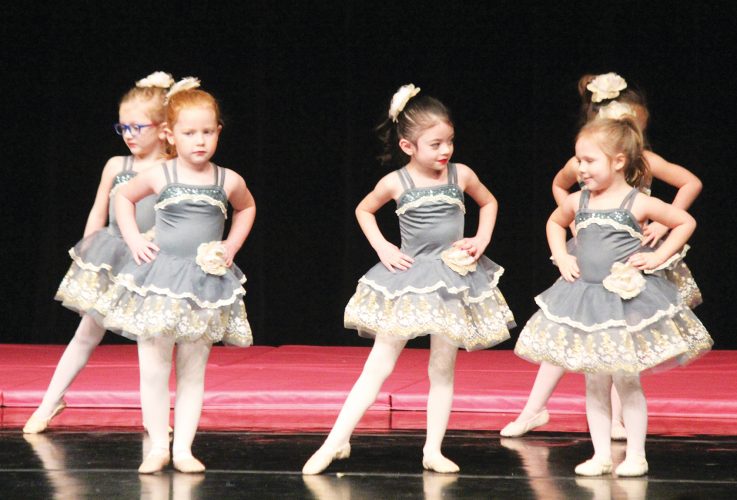