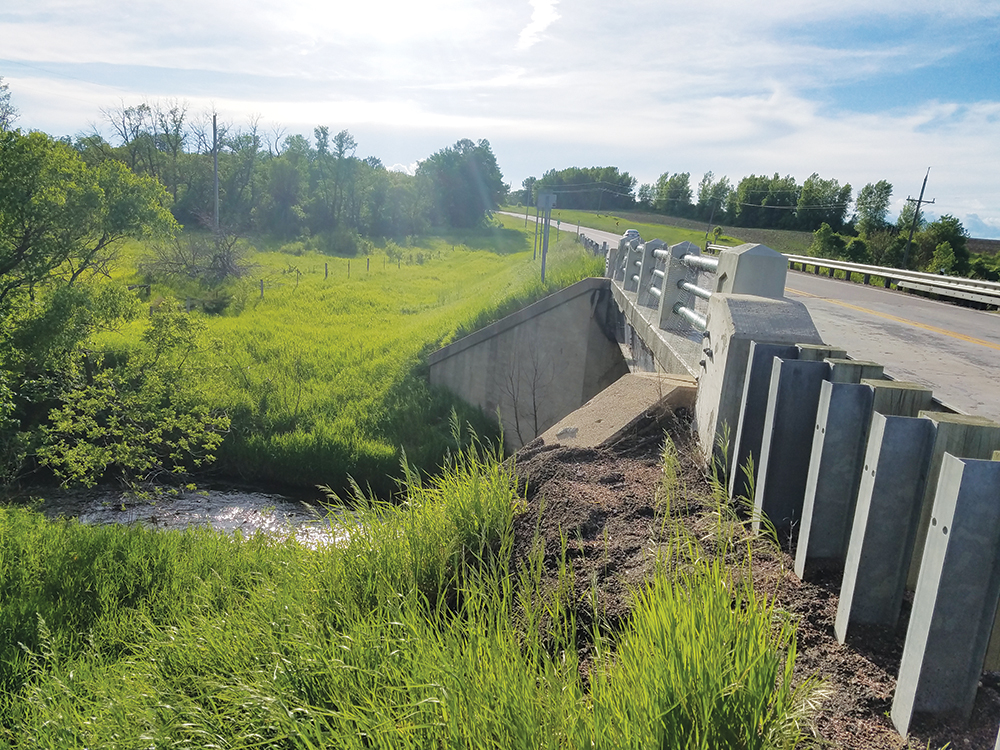 Photo by Mike Lamb A Minnesota Department of Transportation construction project this summer will replace the bridge over Lazarus Creek with a new one.

CANBY — Motorists already dealing with torn-up city streets because of a $10 million road reconstruction project will be maneuvering through highway work as well this summer.

Officials with the Minnesota Department of Transportation held a public meeting inside the Canby Community Center on Tuesday to provide details on two projects involving Minnesota Highways 68 and 75.

The first project starts July 8 and will replace the Highway 68 bridge over Lazarus Creek, 3 miles west of Canby. The three-month long project will cost $1.4 million and take motorists on a 3-mile detour.

According to Rasmussen, the bridge will measure just over 84 feet long and 40 feet wide railing to railing. The project is expected to improve the drainage system beneath the highway and reduce flood potential.

Robert R. Schroeder Construction in Glenwood is listed as the contractor for the project.

The second project will only take 30 working days, but involves a much longer stretch of highway. The project involves resurfacing and replacing sidewalks. The sidewalks will be replaced on Highway 68 from Custer Street to Maple Avenue. The resurfacing involves that same stretch of Highway 68, but also Highway 75 from Canby to Ivanhoe. Guardrails on Highway 75 will also be replaced.

“It’s pavement resurfacing,” Rasmussen said. “We are going to mill off 2 inches and put 2 inches back on it.”

This project cost is $3.4 million and requires no detours and flaggers will be on duty. Central Specialties is listed as the contractor.