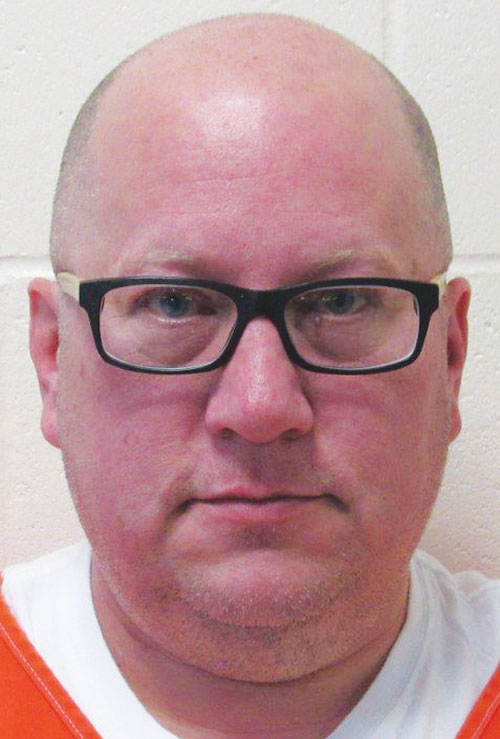 MARSHALL — The former director of the Marshall Convention and Visitors Bureau pleaded guilty to seven counts of felony theft on Friday. Darin Rahm admitted in Lyon County District Court to creating fake vendor accounts while he was CVB director, and using those accounts to direct a total of $256,000 to himself between 2015 and 2018.

Under the terms of a plea petition, Rahm entered guilty pleas to seven out of the total 15 charges against him, while the remaining charges would be dismissed. The petition did not include a specific sentence for Rahm, and a sentencing date was set in July.

Rahm, 49, of Marshall, appeared in district court Friday morning. Attorneys in the case said a petition to enter a guilty plea had been filed with the court. Assistant Lyon County Attorney Abby Wikelius said the parties in Rahm’s court case “have been engaging in plea negotiations for some time.” Wikelius said Rahm had rejected one previous plea offer, and would instead plea guilty to seven counts of felony theft.

Rahm was originally charged with seven counts of theft, one count of embezzling public funds, and seven counts of financial transaction card fraud. The Marshall CVB, a nonprofit organization incorporated in 1994, receives some public funding from both Marshall’s 3% tax on short-term lodging and some funding from a 1.5% city sales tax on prepared food, beverages and lodging.

As part of the plea hearing, Rahm answered questions about the facts of the charges to which he was pleading guilty. When he was asked to describe how the money was stolen, Rahm said, “I set up online accounts and used those accounts to create invoices, and those invoices were directed back to my account.”

Rahm admitted the names of the “phantom” accounts on the invoices were similar to those of real vendors, but no actual work was done. Rahm also admitted to making dozens of transactions with the false vendors, adding up to over $256,000 between 2015 and 2018, when he was terminated from the CVB. In the last six months of 2015 alone, Rahm admitted to transferring over $48,000 to himself through a total of 11 transactions.

District Court Judge Tricia Zimmer accepted Rahm’s guilty pleas, and ordered that a pre-sentencing investigation be done. A sentencing hearing for Rahm was set for July 29.

According to a news release from the city of Marshall, Rahm, who worked for the Convention Visitors Bureau (CVB), began working for the Bureau in October of 2014. He was released from his position in June of 2018 following an extensive investigation by the Marshall Police Department in cooperation with the Lyon County Attorney’s Office.

The city of Marshall has accounting procedures and protocols in place that account for all funds prior to CVB distribution, the news release said. In accordance with Minnesota State Statute, 95 percent of the revenues (lodging tax) imposed under the general authority for lodging must be used for tourism and convention center promotion.

When the city became aware of possible misuse of funds, the city notified the Office of the Minnesota State Auditor and consulted with legal counsel to ensure full compliance with the law. the news release said.

“The city of Marshall respects the judicial process and appreciates the work of bringing this to conclusion. The city supports complete restitution and exacting a heavy penalty that is commensurate with the significant damage that has been done to our city by Mr. Rahm,” Mayor Bob Byrnes said.

A news release from the Marshall Convention and Visitors Bureau said that “as the director of the CVB, Darin held a position of trust within our organization. His years of deceit has resulted in a great deal of emotional and financial stress that we are working on diligently to overcome. We are pleased with the results of Friday’s hearing and that Darin has chosen to take responsibility for his actions.

“We are grateful for the work that has been done by our judicial system to get us to this point. We are hopeful that a fair outcome will be reached in this case.

“As an organization, we continue to work hard on our mission of promoting and supporting the city of Marshall. Following an external process review of our financial system, procedural changes have been and will continue to be made within the organization. We appreciate the support we have received from the community and our stakeholders.”