‘A lot of fun’ in Russell

Russell’s Bandwagon Days had something for everyone 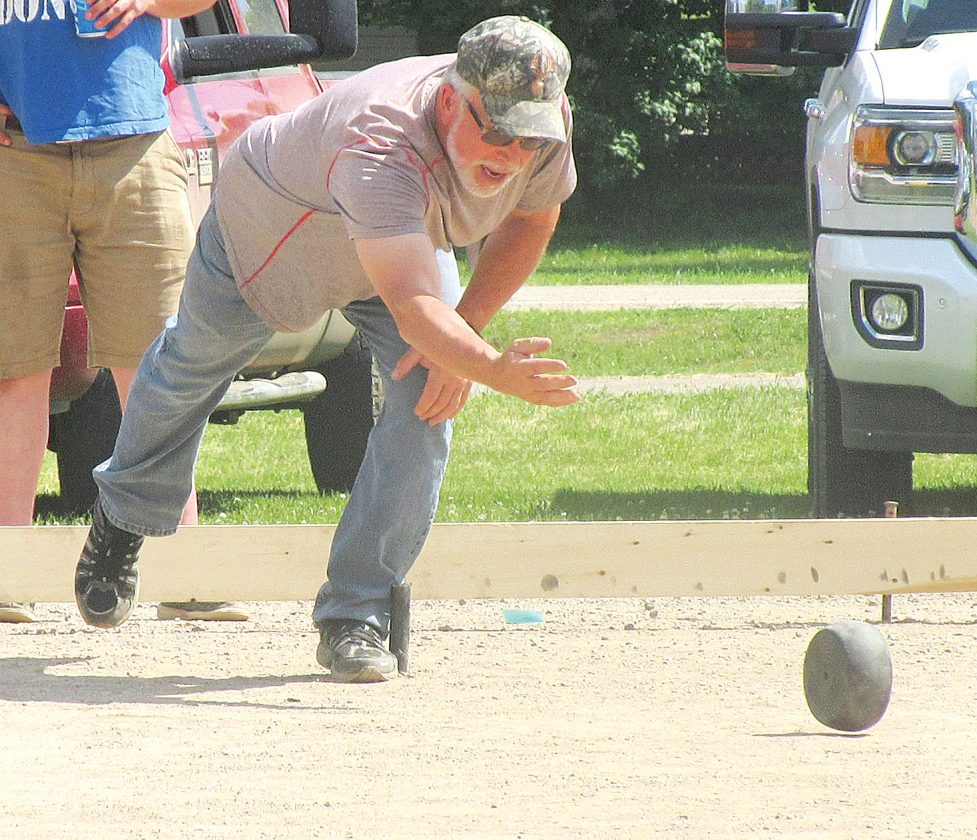 Photo by Maureen Ndubuisi Pictured is one of the participants in the rolle bolle tournament at Russell’s Bandwagon Days on Saturday. Besides rolle bolle, Bandwagon Day included at 5K walk/run, kiddy games, a dunk tank, bingo, live music, and the parade.

RUSSELL — The absence of the rodeo did not stop the crowd at the Russell Bandwagon Days this year.

“Last night we had the Dueling Pianos under the tent here, which was a lot of fun. And, then we had a bean bag tournament that actually brought in 30 teams,” said Hilary Buchert, the head of the Bandwagon committee.

“This morning we had the 5K walk and run, and then we had kiddy games from 10 to noon. We had some baby goats, a calf, some puppies, and bouncy houses and stuff,” said Buchert. “Knocker ball was fun, they (people) liked that.”

Other events that were different included the dunk tank where community members such as city council members, firefighters and EMTS, the RTR faculty and varsity baseball team, and the mayor were dunked throughout the day.

“We ended up buying a dunk tank for ourself this year. And just kinda asked around if people wanted to do it,” Buchert said.

“There is probably eight of us or so that take care of it (Bandwagon Days). We do fundraisers during the year, mostly bingo, sometimes we do some kind a feed. That is basically what we do to get ready for this. Its just a lot of planning and making sure everything runs smoothly,” Buchert said.

Bandwagon Days featured other events throughout the weekend, such as a parade through town, bingo, a rolle bolle tournament, and the Eclipse band at the end of Saturday night.