Marshall School referendum has a voter turnout of 37-38 % 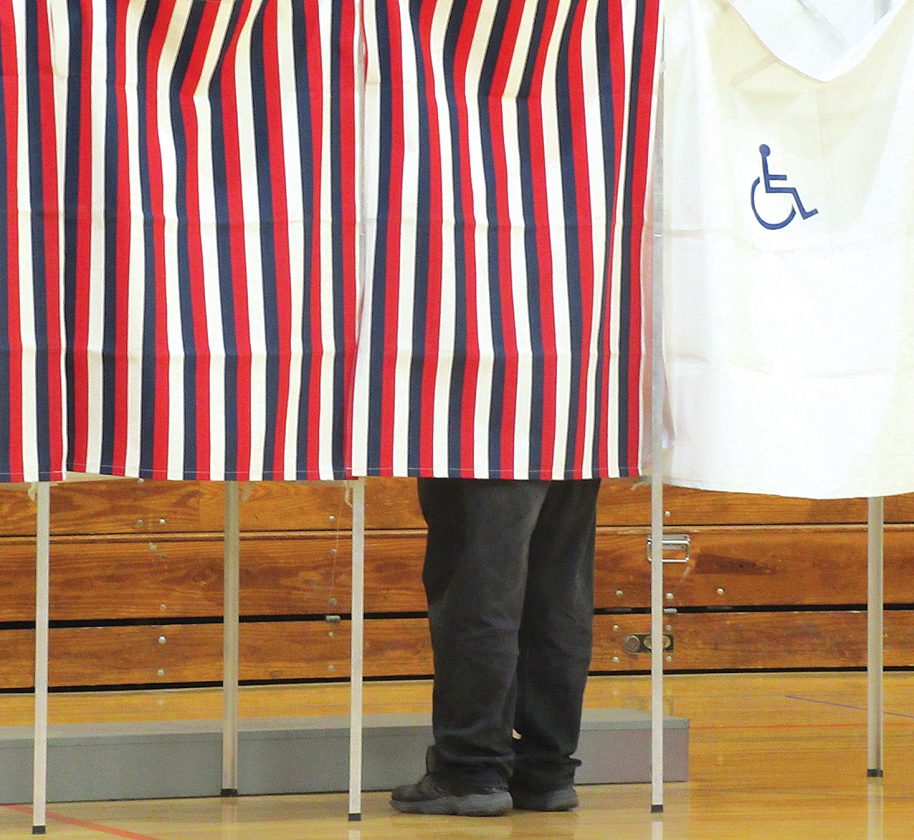 Photo by Deb Gau Election officials said voters were arriving at Marshall Middle School at a steady pace on Tuesday afternoon. More than 3,000 people cast ballots for a building referendum that will construct a new school to replace West Side Elementary, as well as other updates at existing Marshall schools.

MARSHALL — A $29.8 million building referendum that would replace the current West Side Elementary and update other public school buildings was passed by Marshall voters on Tuesday. According to unofficial vote totals, the referendum received 1,950 “yes” votes and 1,180 “no” votes, Marshall Superintendent Scott Monson said.

“We’re really thankful for the support of the community on the referendum,” Monson said. At the same time, the results of the vote were exciting for Marshall students, school faculty and staff, he said.

The referendum was a single-question ballot that included building items for Marshall schools — most notably decommissioning West Side Elementary, and building a new second- through fourth-grade elementary school on a 52-acre site near the existing Marshall Middle School. The referendum also included safety and security improvements at Marshall schools and, building projects geared toward having centralized early childhood education programs. Under the referendum, the district would build a three-classroom Early Childhood addition at Park Side Elementary, and provide additional space at Marshall Middle School.

Going by the unofficial vote totals, the referendum passed with 62% of voters saying “yes” to the proposal. Two previous building referendums, in 2016 and 2017, had failed. Each of the two failed proposals had included a larger list of building projects, and carried a higher price tag than the $29.8 million brought to voters on Tuesday.

Monson said the school district had listened to voters’ concerns from the first two referendums, and hopefully the results of Tuesday’s vote were an indicator of that.

Monson said this year’s referendum had a voter turnout of around 37 or 38%. There were also an increased number of absentee ballots cast this year, he said.

The vote tallies won’t become official until the Marshall School Board can canvas the votes at its regular meeting on Monday. Once the canvassing is complete, Monson said the school district can begin finalizing the details of the building projects.