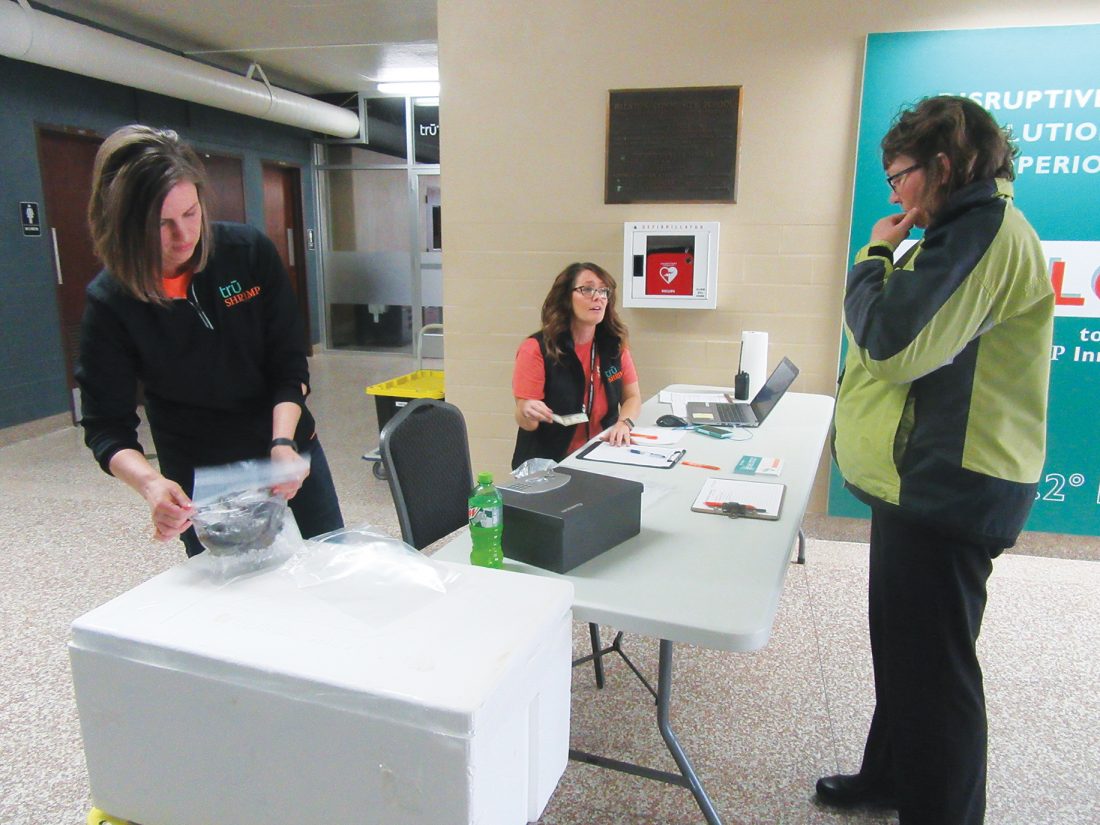 Photo by Deb Gau tru Shrimp employees had a cooler of fresh shrimp ready for customers at the company’s Balaton office on Tuesday. Sales on Tuesday and Thursday are the first time the public will be able to try tru Shrimp’s product for themselves. Here, Jamie Brink-Thordson double-bagged a package of shrimp, while Shelly Peltier offered Brenda Bengtson some ideas on how to cook them.

BALATON — The Balaton Bay Reef shrimp facility has been up and running for about a year. But until now, the public hadn’t had a chance to try the locally-raised seafood.

On Tuesday afternoon, some of tru Shrimp’s first customers stopped by the company’s facility in Balaton to buy fresh shrimp.

Brink-Thordson was standing behind a cooler filled with 16-20 count bags of shrimp on ice. She picked up a bag and double-wrapped it before handing it over to customer Brenda Bengtson. When Bengtson asked how best to cook the shrimp, Brink-Thordson and Shelly Peltier were ready with recommendations. You can saute shrimp in butter on your stovetop, Brink-Thordson said.

“You can use soy sauce and make a stir-fry,” Peltier suggested.

The shrimp sale, which started Tuesday afternoon and will continue on Thursday, is a chance to give people a taste of what tru Shrimp can do, Brink-Thordson said. While tru Shrimp is still working on building its first major production facility in Madison, South Dakota, the Balaton Bay Reef is raising its own shrimp as part of company training and equipment testing.

“We knew we were going to start having shrimp,” Brink-Thordson said. Some of the shrimp are harvested as part of company training, or to test processing machinery, she said. But tru Shrimp also talked about making some shrimp available for sale to the public.

“Part of it is letting people try them,” she said. Brink-Thordson said tru Shrimp has had a lot of people ask when they could buy their shrimp. “It’s something we want to do at least periodically.”

In addition to people coming in to buy shrimp, Brink-Thordson said tru Shrimp had received some pre-orders from local customers on Tuesday. About 300 pounds of shrimp was harvested for Tuesday’s sale, and more will be available fresh on Thursday, she said.

The sale will go on from 2-6 p.m. Thursday at the tru Shrimp Innovation Center, which is located on 3rd Street in Balaton. The shrimp are available on a first-come, first-served basis, and are $20 per pound. Brink-Thordson said tru Shrimp looked at the going rate for farmed shrimp in Minnesota when setting the price.

Ground work is progressing at tru Shrimp’s new harbor building site in Madison, Brink-Thordson said. The company hopes to break ground on the harbor, or production facility, this year. 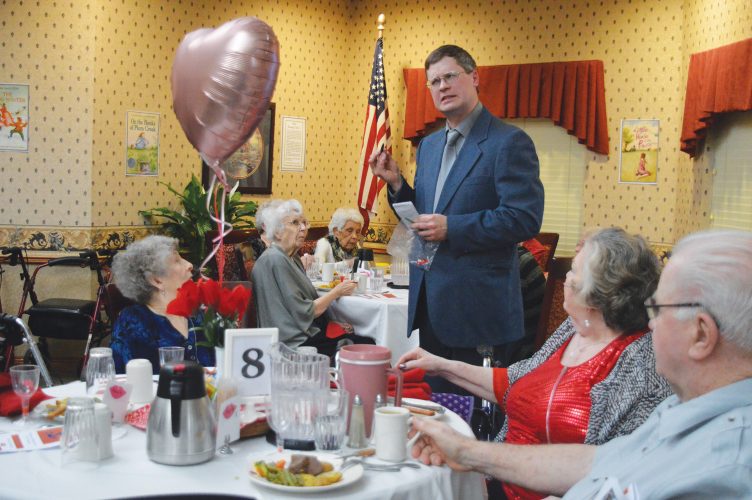 NBA: Kobe Bryant among 8 finalists for Basketball Hall of Fame