Snow left on roofs can cause ice dams and lead to ceiling damage, experts say 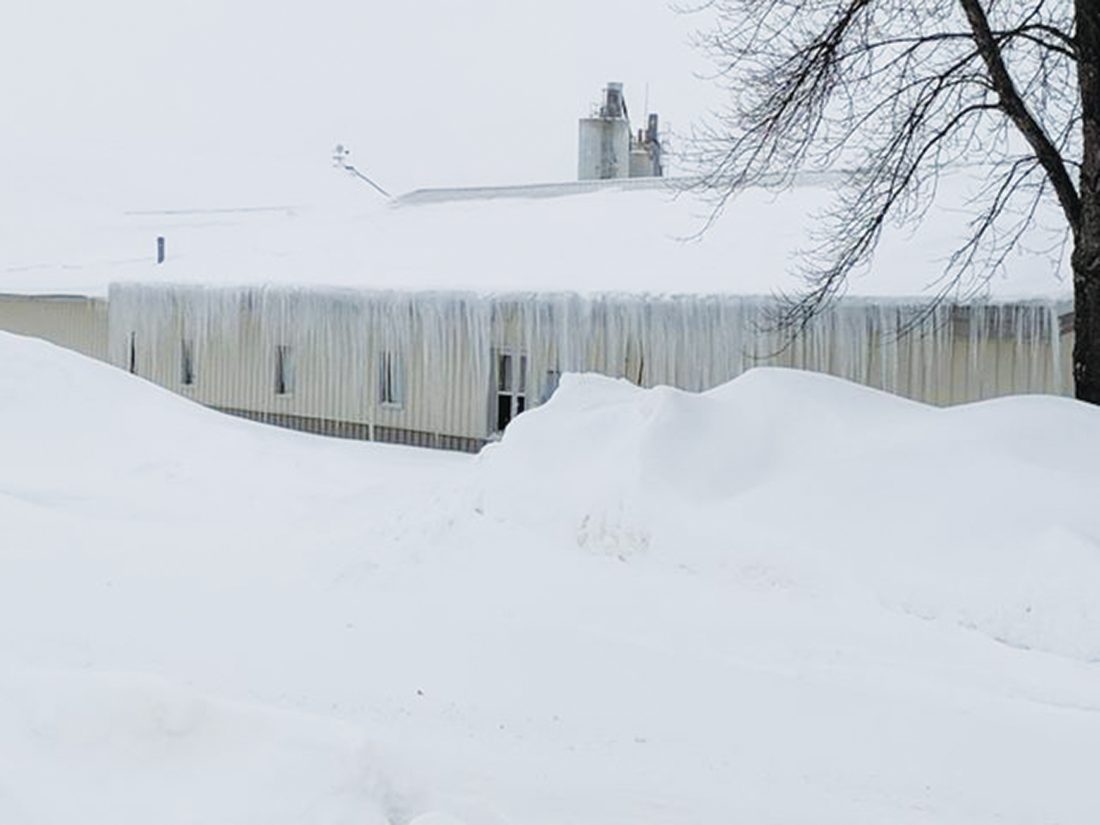 Photo by Garry Lipinski Pictured is one of many houses and buildings around Marshall experiencing icicles and ice dams.

MARSHALL — Two weeks ago, Josh Dempewolf noticed water leaking from the ceiling inside his Marshall house. He immediately knew he had to take action to remove the snow from the roof.

“I just started to get as much snow as possible off the roof,” he said.

Dempewolf is not alone with homeowners and business owners throughout southwest Minnesota. A total of 37.9 inches of snow has fallen in the month of February leaving roof tops with several feet of snow and ice dams.

According to the University of Minnesota Extension, ice can build up along the eaves of sloped roofs of heated buildings that results from melting snow under a snow pack reaching the eave and freezing there. This formation is called an ice dam.

Once the ice dam has formed, the extension recommends these steps:

• Remove snow from the roof. This eliminates one of the ingredients necessary for the formation of an ice dam. A “roof rake” and push broom can be used to remove snow, but may damage the roofing materials.

• In an emergency situation where water is flowing into the house structure, making channels through the ice dam allows the water behind the dam to drain off the roof. Hosing with tap water on a warm day will do this job. Work upward from the lower edge of the dam. The channel will become ineffective within days and is only a temporary solution to ice dam damage

“It’s the worst winter I have seen,” Dempewolf said.

“There has been so much snow without any melt times.”

While the harsh winter weather has kept him from his construction work, Dempewolf decided to start a snow removal business.

“I’ve been just sitting around all winter, so I just put an ad on Facebook. In two weeks I have done 25 homes in Marshall, Tracy, Lucan and Minneota,” he said.

Meanwhile, the city of Marshall has posted a roof snow notice on its webpage urging residents to check their roofs and remove snow to prevent water leaks and blocked ventilation.

Jason Anderson, assistant city engineer with the city of Marshall, said the building department has received several calls from residents since the post asking for a list of snow removal contractors. He said the city doesn’t compile that kind of list.

But he recommends homeowners to remove the snow off their roofs before ice forms.

“Some folks climb up on the roofs and shovel it off,” he said.