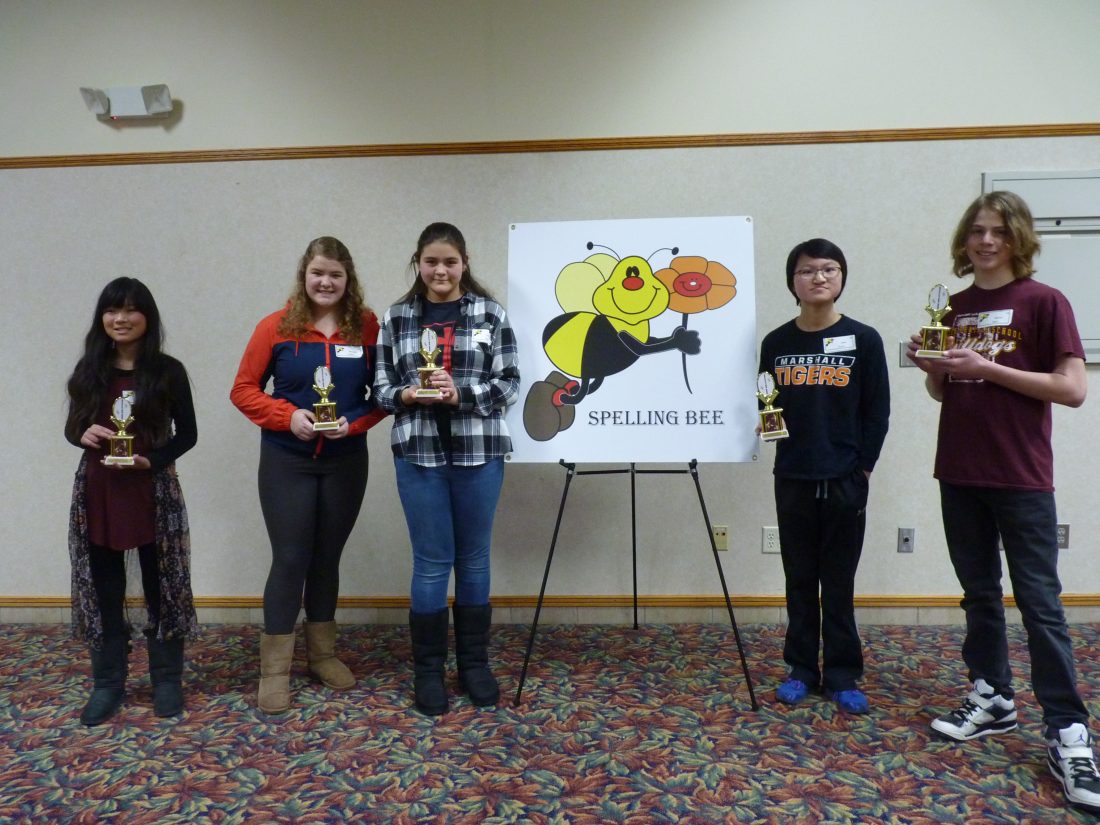 Thirty-two students from 26 districts, who won at their local level, came together to compete for the top four places that advance to the Multi-Region State Spelling Bee. Scores from the written and oral rounds were combined in order to determine the top 15 students who compete in the afternoon spelldown.

Because of tied scores, there were 17 spellers, who competed in the spelldown, said Andrea Anderson, student activities coordinator.

“Then Jack and Peighton battled for first and second place. It was an exciting day with challenging words. After 16 rounds, we declared our top four students who will advance to the Multi-Region State Spelling Bee on Feb. 19 in Fergus Falls. The winner from the State Bee will then go on to the National Spelling Bee in Washington D.C.”

The bee was judged by Anderson, Tom Hoff and Laurie Fales. Pronouncer was Helen Langer