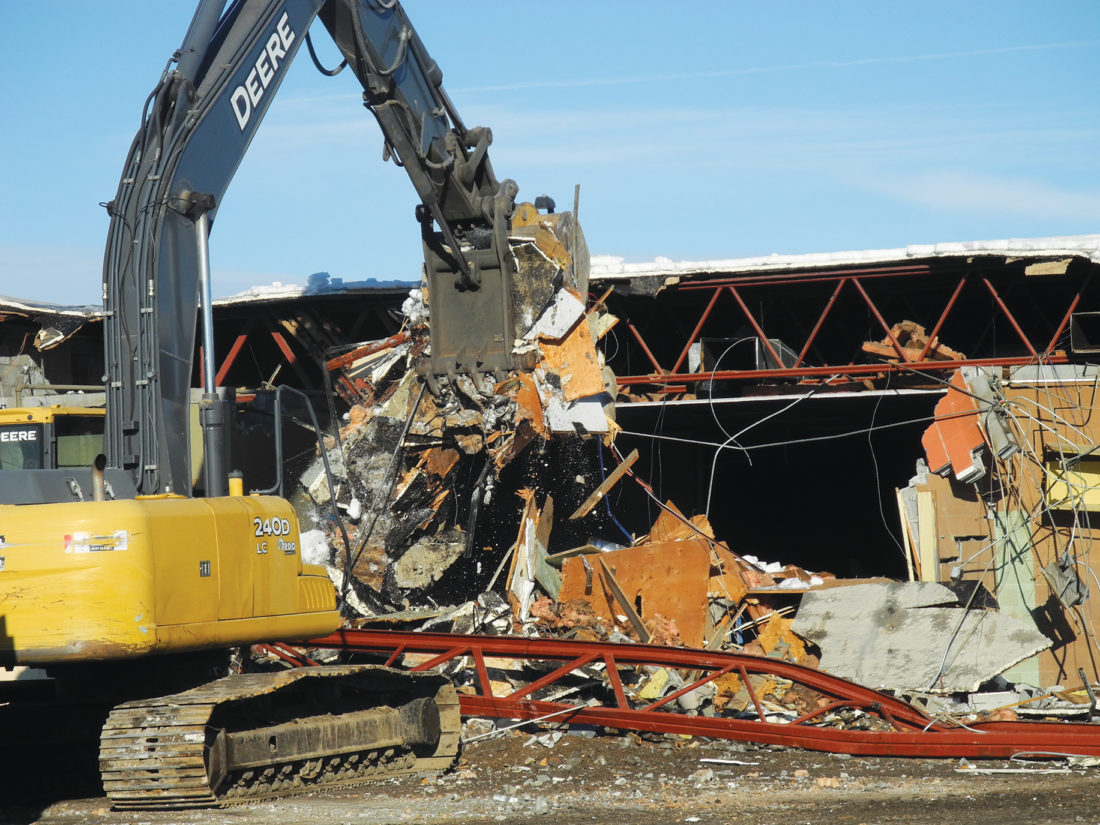 Photo Karin Elton Marshall area residents driving down East College Drive Wednesday morning saw the old Marshall Bowl start to disappear before their eyes. An excavator, manned by a crew from Rogge Excavating, tore off sections of the building all day and cleared the lot.

MARSHALL — Rick Banbury of Marshall remembers bowling at the Marshall Bowl on a league called “The Businessmen” on Thursday evenings.

“I don’t know why it was called The Businessmen,” he said.

The Marshall Bowl building, which has been closed since May of 2015, was torn down Wednesday. It’s not known what will be built on the lot. The Independent left messages with building owners, which were not returned as of press time.

Tom Ellingson bowled with The Businessmen on Thursdays and another league on Wednesday nights.

Ellingson started bowling there in 1974 until it closed. He said the owners when he started there were the Jim Hawkins family and then Bruce Shover owned it at the end.

“It’s too bad it closed,” Ellingson said. “We had good times there. We bowled and had a few beers. It’s a shame to see it go.”

Banbury said he bowled for years with friends.

“We bowled on Thursdays in the winter and golfed on Wednesday afternoons in the summer,” he said.

“Sixteen of us go to Ivanhoe to bowl,” he said.