Cottonwood area man knows how to ‘get ‘er done’ 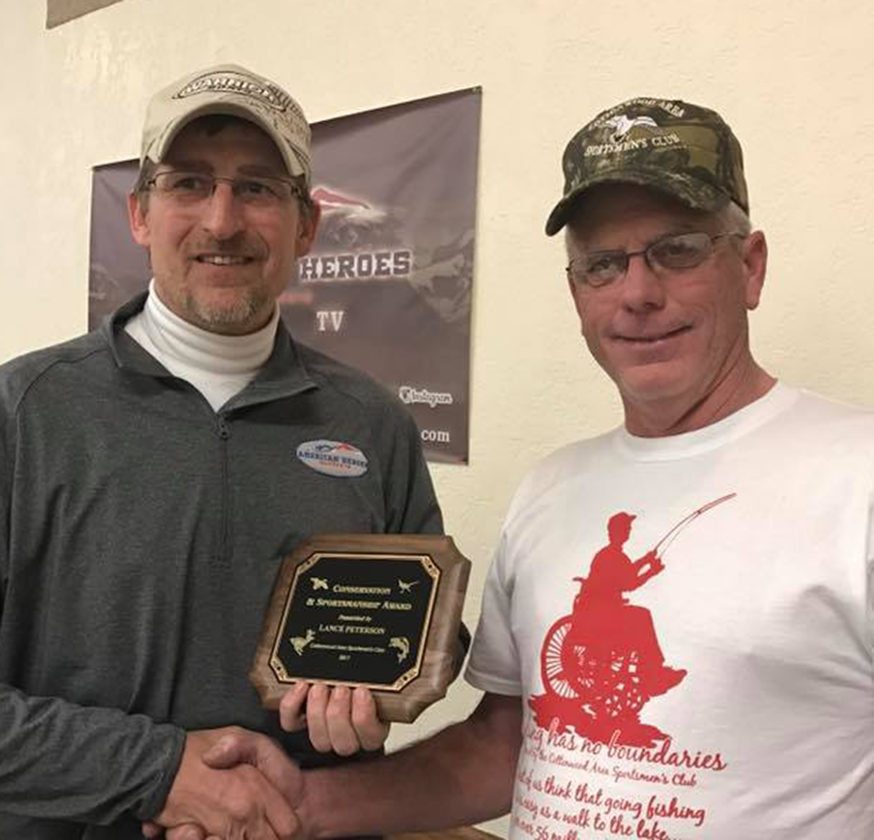 Geihl is active in a number of Cottonwood area organizations that help the community in a variety of ways. For the past several years, the Cottonwood Area Sportsmen’s Club has been taking veterans and disabled children fishing just to name a couple of its major projects. Geihl was right there in the thick of things using his organizational skills to keep things flowing.

“Paul Geihl is one of the planners on the veterans trips,” club trip organizer and American Heroes Outdoors Ambassador Lance Peterson said. “He gives it his all. It’s hard to explain how much he gives back to the community. The guy would give the shirt off his back in order for you to succeed.”

While the club members are proud of their sponsorship of these fishing trips, the leaders shy away from any personal publicity, much like the unassuming Geihl.

“He’s a huge asset to me,” Peterson of Wood Lake, said. “Paul has been president of the Cottonwood Area Sportsmen’s Club for almost 34 years and was fire chief for over 30. When it comes to creativity and a ‘get ‘er done’ attitude, that’s him.”

This veterans trip was first started when Peterson received a monetary donation from an anonymous source, but couldn’t put the trip on by himself. He let Geihl in on it, he said, and Geihl suggested running it by the sportsmen’s club to see if any of them would help.

“There’s not a possible way I could’ve done this without Paul Geihl,” Peterson said. “Paul said, ‘Let’s put it before the club,’ and we got connected to Fishing Has No Boundaries, and got ‘er done.”

Since then, the active club has taken a number of veterans to Canada over the past couple years to honor them for their service to their country. Peterson and Geihl make the veterans fishing trips happen, like the one they took Delvin Hunter of Vesta on last summer.

They have also taken a number of disabled persons fishing on Cottonwood Lake as a service to the community with Fishing Has No Boundaries, Pederson said. Additionally, this club maintains aerators on area lakes over the winter to prevent winter kill of fish.

“Paul really is the spark plug that gets this club going,” Pederson said. “He helps the community in so many ways. He’s a great leader and gets the guys to follow along.”

Cottonwood City Administrator Charlie Seipel recalls meeting Geihl for the first time and has since discovered that Geihl puts as much commitment into community service using his day job.

“I met Paul shortly after I took the position of Community Development Coordinator in Cottonwood, about 11 years ago,” Seipel said. “In the community, Paul is a general contractor and works on various projects in Cottonwood. He and his staff have an office/shop over on East 4th Street North.”

“Paul and his son, Aaric, were involved early on with the Community Center renovation project, when the Community Center Committee was looking for help to put together new floor plan options to present to the city council,” Seipel said. “The Geihls presented the committee with various options to choose from and the committee selected the layout that they and the city felt would best serve the facility. Once the project was gearing up, Paul devoted many hours to finalize the building specifications and worked with the city and state on the permitting process.”

Once the project commenced, Geihl was instrumental in working with the project architect, the city, the community center committee and the contractors involved with this project, Seipel said.

“Because of the many hours that Paul has put into the project he has saved the city a lot of time and money and has pulled this project together. Paul has also worked with the local Sportsman’s Club to purchase a new stove and hood vent that will be installed in the new community center kitchen.” Seipel said. ” I honestly don’t know how we could have carried out the vision that the city and the community center committee had for this project without him.”

and attendance grows every year.

Seipel said he also knows Geihl from the Cottonwood Lake Association where he has been a likewise impactful member.