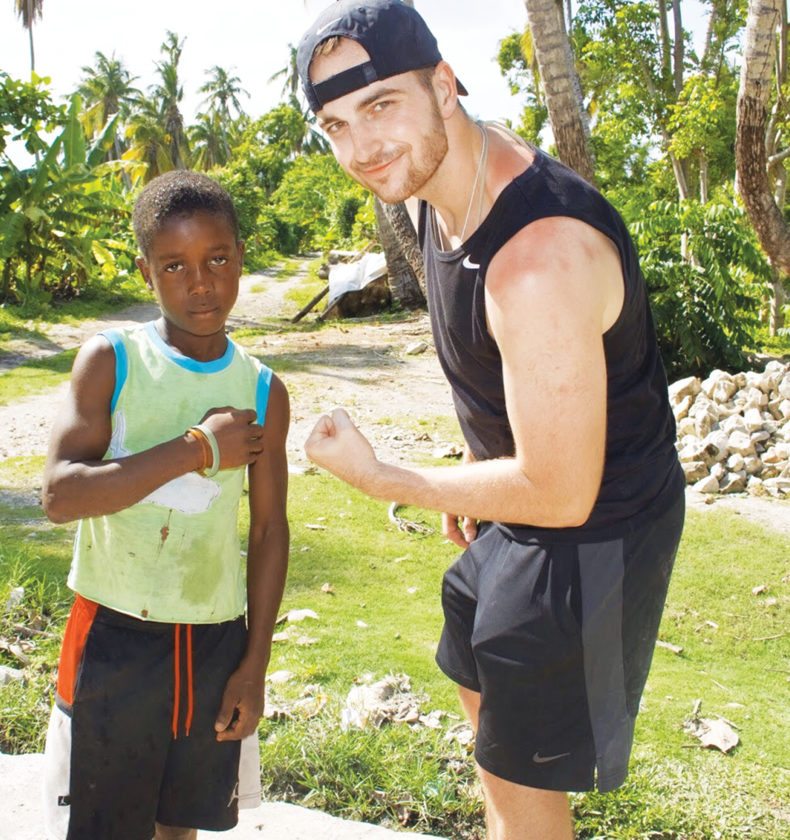 MARSHALL — Southwest Minnesota State University students may be still in school, but they are already getting a jump start on making an impact in the world.

They are making their mark in the world as members of Enactus, an international organization that connects student, academic and business leaders through entrepreneurial-based projects that empower people to transform opportunities into real, sustainable progress for themselves and their communities, according to their website.

Beka Danielson, Enactus president, and Brennan Pruszinske visited Haiti last summer, a developing country which is still feeling the effects of a deadly 7.0 earthquake in 2010.

Many communities are severely impacted by cholera. The waterborne disease has killed more than 9,000 people and sickened more than 1 million since 2010, according to the Miami Herald.

The two are working on the Boundless project, which is “committed to international economic, environmental, and social justice achieved through entrepreneurial action and success,” according to its website.

“Boundless is an international project that we are doing in Haiti and we went down there originally for a recycling/composting project, but when we went there we realized (clean) water was what they needed the most,” said Pruszinske, the Boundless project leader.

“It was pretty clear that the water was really bad,” he said. “They’ve had two or three cholera outbreaks in these little villages. We saw firsthand people drinking the water, bathing in the water.”

The two connected with a group, Faith In Action International, and worked with them on water purification programs including providing education on water sanitation practices.

The group members reached out to businesses to learn from them and collaborate with them.

“We visited the water treatment plant in Marshall to see how they process water, Pruszinske said.

Pruszinske said working on Enactus projects has changed him personally and in his college career.

Enactus, which is mostly made up of business majors, also recently collected used car seats which were given to Advance Opportunities in Marshall for dismantling and recycling.

The group set up a large box at Walmart for people to place old car seats in from Feb. 24-March 3.

Club members are serving free pancakes and collecting donations for its Boundless project which aims to provide cleaner water for rural Haiti. The club has a goal of raising $2,000. The event is from 5-8 p.m. Wednesday at the SMSU Upper Student Center.

In addition, the SMSU Black Student Union and African Student Association are also accepting donations for Boundless at its African Night event which is from 6:30-10 p.m. Friday, April 13, in the SMSU Conference Center Upper Level.

There is a gofundme page at https://give.smsu.edu/campaigns/enactus-boundless .