Moat has a love for little children 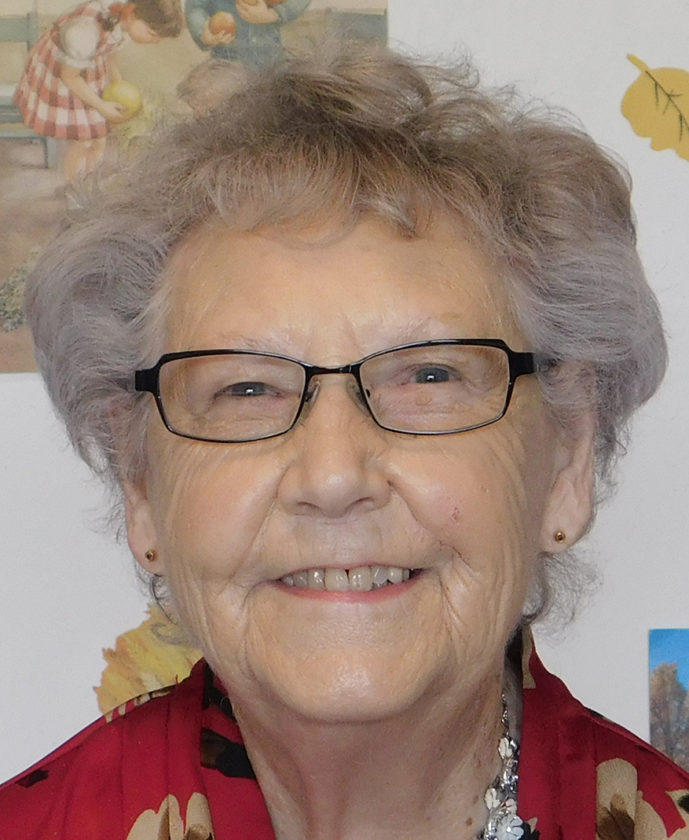 MARSHALL – Her love for children is what has moved Ella Moat to teach Sunday school for the past 70 years.

“I started teaching when I was 16. The kids are just so adorable,” she said. “They come up with sweet little things. They’re so precious when they sing once a month.”

Moat, who started teaching in 1944, would have recorded more than 70 years, but she took a few years off to start a family.

Moat said she’s taught hundreds of children over the years, including most of her own children, grandchildren and great-grandchildren. She likes to talk about the little boy who kept trying to blow out a church candle when the Sunday school class was singing during a church service.

The most challenging thing about teaching Sunday school for Moat is unexpected changes or interruptions in their plans.

“I’ve always taught preschool and, on the whole, they’ve always been well-behaved,” she said.

Moat started teaching at age 16 at the Presbyterian church in Russell before she got married to Don Moat. They moved to Marshall in 1956 and joined Christ United Presbyterian Church.

While in Russell, Moat developed her own teaching curriculum. In Marshall, it’s a mixture of her own and the use of David C. Cook materials.

Moat said her favorite lesson to teach is Noah’s Ark.

“We actually have an ark on a stand,” she said. “I also enjoy teaching Jesus’ parable about the prodigal son.”

Moat said she used to use a slide projector for some of her lessons, and that each Sunday school class period was like a church service. It had prayer, singing, devotion and lesson.

“We also take up a collection,” Moat said. “We try to instill in them that some people don’t have a home or food and need money to survive.”

The donations went to two different hospitals out-of-state and to a Bible study group in Japan with whom they corresponded.

Moat’s classes also have art projects with which her daughter-in-law Margaret Moat helps.

“Margaret does the activity and I do the lesson,” Moat said. “We both put up bulletin board displays. We have worked together for years.”

Moat said that their class always puts up a Christmas tree.

“The kids put the ornaments on the tree,” she said. “We tell them how beautiful it is, even if the ornaments aren’t on quite right. We tell them about the birth of Jesus while they decorate. They’re familiar with the natal star and why Jesus was born in a stable. We also put angels on the tree.”

Forty was the largest class size Moat ever taught, but that was for three grade levels.

“Four to five students is the smallest,” Moat said, “with an average of 11 students in the 1969 era. I have 10 students this year, with new members being added weekly.”

Moat had also worked as a secretary in the church office for 40 years along with Marj Lenz.

Moat retired from office work in 1980, but continues to teach Sunday school.

CDA and CCW to have Christmas party Monday

The Catholic Daughters of the Americas and Council of Catholic Women Christmas Party is planned for Monday in ...