SMSU VOLLEYBALL: Mustangs move up to No. 8 in AVCA national poll 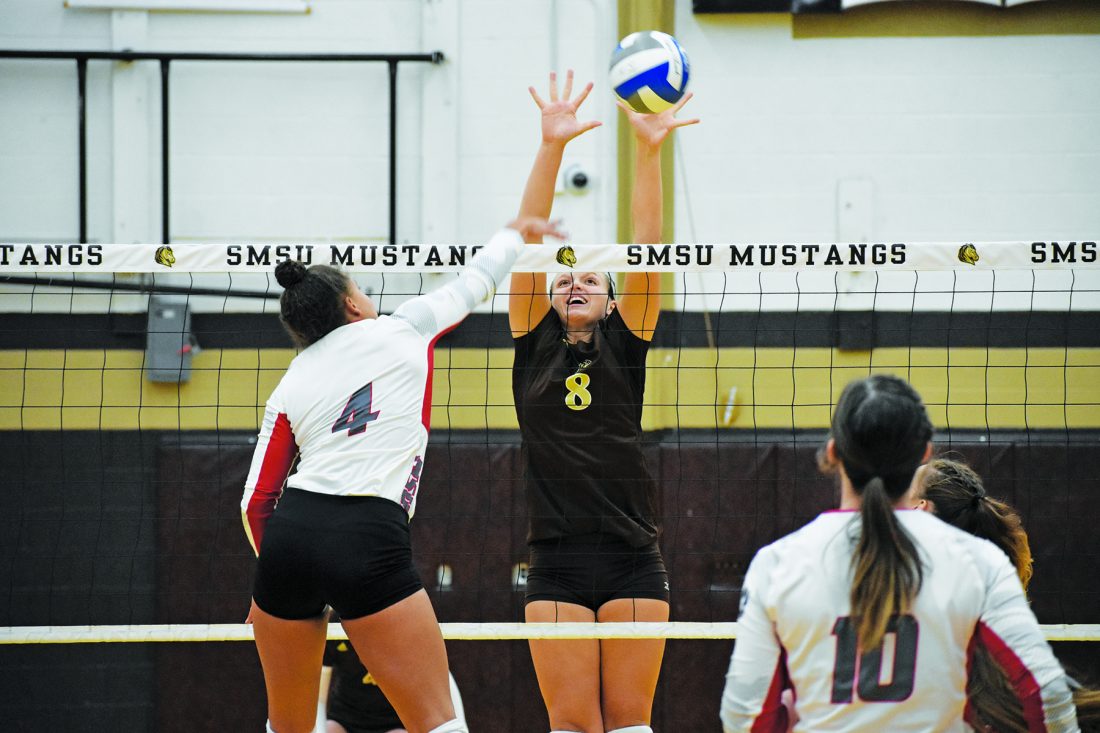 Independent file photo SMSU’s Lydia Sussner goes up for a block during their match against MSU Moorhead on Saturday.

SMSU is 10-2 overall and 4-0 in the conference after defeating then-ranked, No. 8 Northern State, in five sets in the home opener last Friday night. The Mustangs then swept MSU Moorhead on Saturday to continue an undefeated record in conference play.

Southwest Minnesota State hosts No. 22 Upper Iowa on Friday at 6 p.m. in the annual “red out” match sponsored by Avera in the PE Gym. SMSU will host RV Winona State on Saturday, Oct. 5 at 2 p.m. to cap off a four-match homestead.