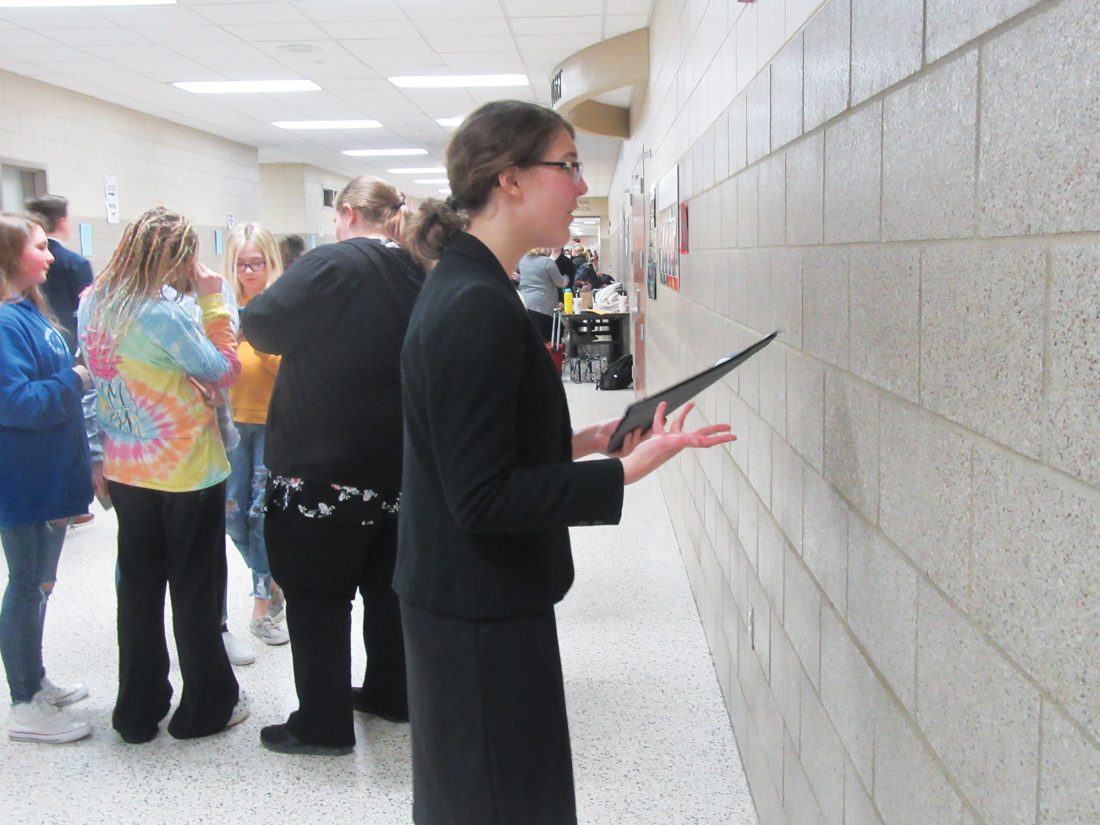 MARSHALL — Most people say they fear death and public speaking. Not the kids attending Marshall High School’s Speech Spectacular tournament, which was Friday and today.

Black’s category is poetry. She recited a mix of poems about “body positivity” such as the poem by Melissa May called “SparkleFat.”

“You get to know kids from other schools, other grades,” she said.“Everyone’s really supportive.”

Brenner was competing in prose poem, reciting the “The Girl with the Blackened Eye” by Joyce Carol Oates.

This year is Stephen Zimmer’s fourth year of participating in speech. A senior, he is a captain for the Tiger speech team.

“I lead warmups, put on events, help out all classmates ranging from newbies to vets,” he said. “Captains are an extra coach, so if you need something, we’re there, we make students feel welcome and part of the team.”

Zimmer’s categories that he is competing in are great speeches and informative. His great speech is one by former German Chancellor Gerhard Schroder.

Zimmer said he chose to participate in speech to improve his speaking skills and raise his confidence.

Through speech over the past four years he feels he has “grown as a person and I’ve figured out my likes and interests.”

The tournament, which was started by speech coach Carol Purrington and Schwan’s then CEO Lenny Pippen, is in its 20th year. MHS speech coach Rick Purrington said the first year had 300 participants from 10 schools.

This year, it’s 28 schools and 690 participants and over 136 judges,” Rick Purrington said. It’s for grades seventh through 12th.

Carole Purrington said 20 years ago, a story in the Independent about the Marshall speech team caught Pippen’s eye, giving him the idea of supporting a two-day speech tournament in Marshall.

“We met at the Daily Grind and talked over what he had in mind,” she said. “At first I felt overwhelmed. He said he would have his son come from Colorado to help and his employees would be judges.”

Purrington made sure the employees were trained in judging speech tournaments.

“A majority of them enjoyed the judging experience,” she said.

The Schwan’s Speech Spectacular, as it was then called, started at the former Marshall High School which is now the middle school. It’s grown so big now that it spills over to Southwest Minnesota State University.

The tournament has grown every year through word of mouth.

“It’s the only two-day speech tournament in the state,” she said. “That’s a big draw. If a student keeps advancing, by the time they are done, they will have competed seven times.”

Sometimes former students come back to be judges and/or help out with organizing the event, like Kami Goblish who qualified for state in storytelling. She now is a coach and “loves it,” she said, figuring she’s been coaching for “six years, possibly seven. It’s exciting and so much fun.” 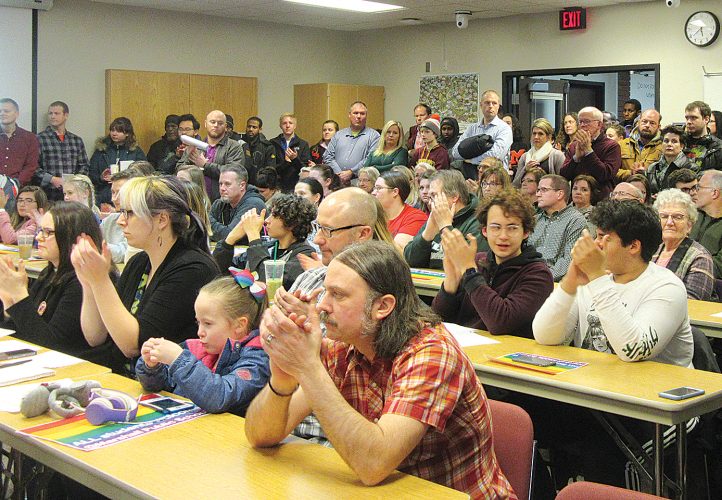